Governments in the region and beyond are using the pandemic as a pretext to curtail vital reporting, analysts warn 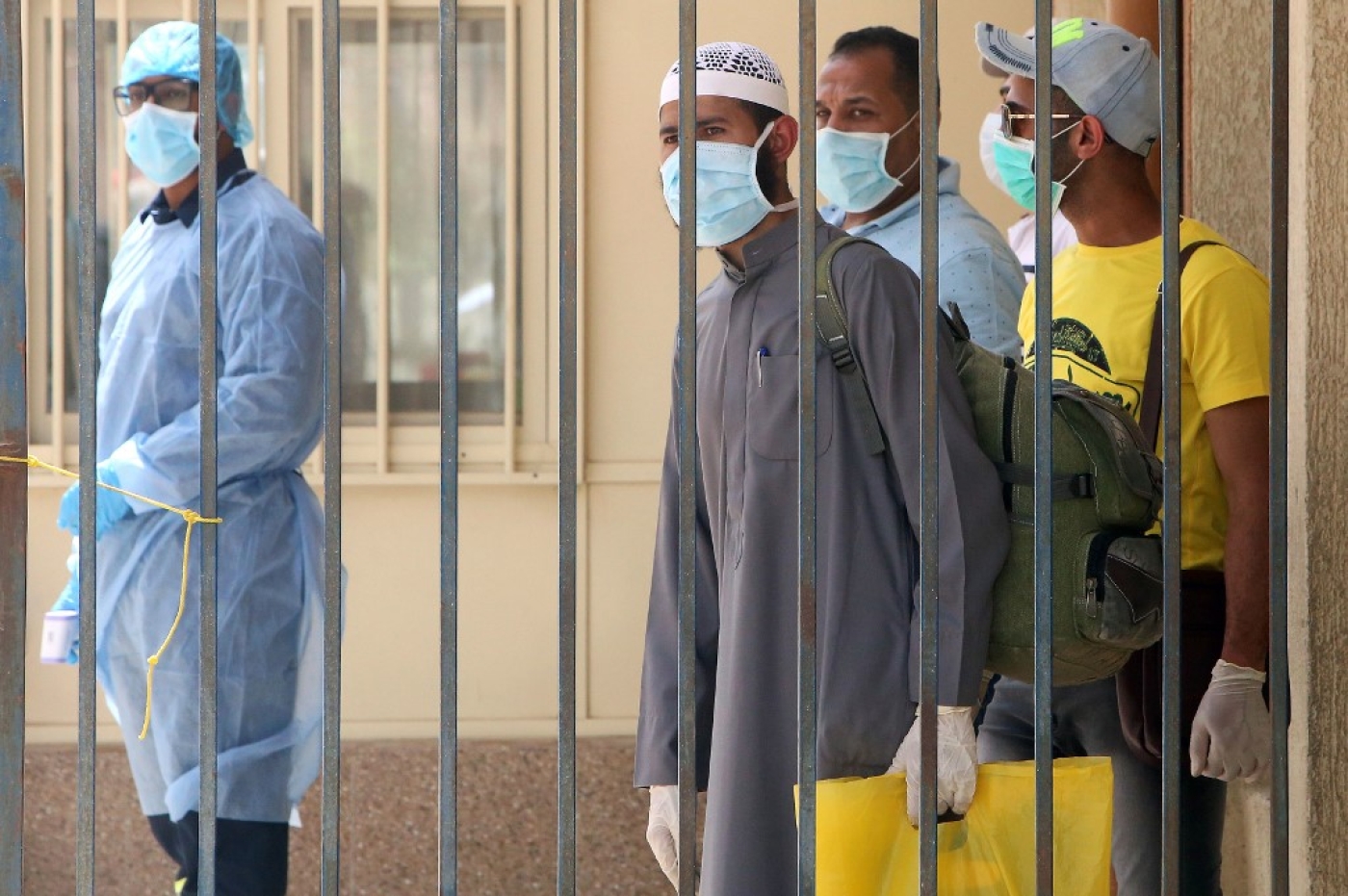 After a report by Reuters suggesting that Iraq was hiding the extent of the coronavirus outbreak in the country, Iraqi authorities this month suspended the news agency's licence and imposed a fine of 25 million Iraqi dinars ($21,000). The Iraqi government called the report "deliberate misinformation".

In Iran, one of the countries hit hardest by the virus, authorities last month opted to suspend all newspaper printing and distribution, citing the need to stem the spread of Covid-19 - and drawing concern from media rights groups. Yemen, Oman, Jordan and Morocco have reportedly implemented similar bans.

In Egypt, authorities revoked the press credentials of a Guardian journalist for reporting on an epidemiological study that estimated there could have been more than 19,000 coronavirus cases in the country by early March - thousands of times higher than the official tally at the time.

The assault on media during the Covid-19 pandemic is by no means limited to the Middle East. From China, which initially suppressed reports of the spreading virus; to Russia, where media outlets have been ordered to remove critical coverage; to Thailand, which issued an emergency decree barring "reporting or spreading of information regarding Covid-19 which is untrue and may cause public fear"; to the United States, where President Donald Trump habitually bullies reporters at coronavirus news conferences, there are growing concerns for media freedom at a time when public health information has never been more critical.

"Most of it is a knee-jerk reaction to try and blame journalists and the media for what happens. We've seen that in both democratic and undemocratic societies," Sherif Mansour, the Middle East and North Africa programme coordinator for the Committee to Protect Journalists, told Middle East Eye.

In the face of their own inability to effectively mitigate the ballooning health crisis, he said, many governments "preemptively try to point fingers at others about the possible failures".

Since the coronavirus crisis first emerged in Wuhan, China, in December, the disease has spread to almost every country in the world, with more than 2.1 million cases globally and over 140,000 deaths.

It has prompted unprecedented measures from governments across the board, including near-total societal shutdowns that have left millions of people unemployed and sent the global economy into a tailspin. While some countries have begun taking steps towards recovery, others have been extending lockdowns and acknowledging that this could be the new reality for many months to come.

The coronavirus pandemic has been difficult for states to control because it is so far beyond our human understanding of crises, Miriyam Aouragh, a fellow at the University of Westminster's Communication and Media Research Institute, told MEE.

"Coronavirus is equally disturbing for those in control and those on the receiving end, and I think this moment can be understood to be a kind of transgressive moment … whereby people's control of crucial information, or their receiving of crucial information from the press before it has gone through the 'washing machine' of the government, is potentially dangerous," Aouragh said.

When people are frightened and insecure, "they might take control into their own hands, and the government understands this very well".

Sabrina Bennoui, who heads the Middle East desk for Reporters Without Borders, noted that governments in the region - already notorious for maintaining an iron grip over the media - are aiming to keep public opinion "under control" amid the pandemic.

Dozens of webpages in Egypt have been blocked for "publishing fake news", in some cases after questioning official data or the ability of public hospitals to overcome the crisis, she said. In Saudi Arabia and elsewhere, anyone who circulates "fake news or rumours" about Covid-19 could face fines or imprisonment, raising concerns about the potential of such regulations for abuse.

"Middle Eastern governments are taking advantage of the Covid-19 pandemic to step up state censorship and to reaffirm their monopoly of the dissemination of news and information," Bennoui told MEE.

'A matter of life or death'

And yet, at a time when many people are afraid to leave their homes for fear of contracting the deadly virus, the free flow of information is more vital than ever, experts note.

Ann Cooper, a Columbia Journalism School professor emerita with expertise in international press freedom, said that in the short term, muzzling the media risks preventing people from being able to access the information they need to keep themselves safe. Hiding the real numbers of infections, for example, could create a false sense of security among the population, ultimately aiding the spread of the virus. Long term, there's a danger that states will use the pandemic to enact new curbs on the media, and then continue those limits "long after the public health danger passes" in an opportunistic attempt to silence any criticism of the state, she told MEE.

"We've seen in the past, such as after 9/11, how some authoritarians use a crisis to justify limits on free speech and press freedom, and those limits may stay in place for years beyond the crisis," Cooper said.

While the pandemic continues to spread, Mansour said, media freedom is "literally a matter of life or death".

But even after the immediate threat of infection has passed, the economic damage will be severe and long-lasting. Some states have already penalised broadcasters for highlighting the financial toll; in Jordan, the military this month arrested the owner and news director of a television station over a segment that showed a crowd of labourers complaining about their inability to earn money during the lockdown.

This type of state overreach could make people even more mistrustful of their governments than they already are, with serious consequences in the months ahead, Aouragh noted.