Coronavirus: Migrant workers stuck in pandemic-hit Iraq with no wages or way home For years, Rajib Sheikh wired money to his native Bangladesh from his day job in Iraq. But now, stuck without wages, he's asking his family back home for help.

The 26-year-old patisserie chef has gone three months without wages and his Iraqi employer just stopped paying for his food stipend, too.

He is one of the thousands of foreign migrant workers stranded in Iraq with no income or way to get back home, watching the economy around them collapse.

"We're used to sending money back to our country, but now I had to ask my cousin to transfer me money," said Sheikh, who arrived in the southern oil-rich Basra province seven years ago. 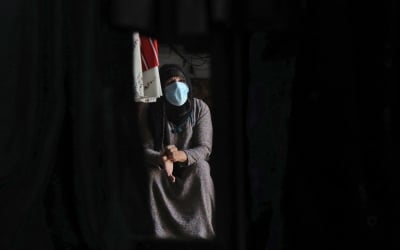 "We hope we can go back to our jobs because it's not just us who are starving, but our families back home, too," he said.

The world economy has seen a dramatic slowdown amid the spread of the coronavirus, but Iraq - Opec's second-biggest crude producer - was also hit hard by a collapse in oil prices and faces cuts in production.

Earlier this month, Saudi Arabia and Russia put a destructive oil price war behind them and convinced Iraq and other Opec laggards to meet their obligations to reduce production, Bloomberg News reported. The group demanded that countries including Iraq that exceeded their quotas in May and June, compensate with extra cuts in July to September, Reuters said.

That has sent the country spiralling into its worst fiscal crisis in years, with the World Bank estimating GDP will shrink by 10 percent this year.

Informal workers, it noted, were at a higher risk of falling into "deep poverty" amid the lockdown measures enforced to halt the spread of the novel coronavirus.

Hundreds of thousands of migrant workers, largely from South Asian countries, have flocked to Iraq over the last decade to work in a range of businesses, from oil fields to restaurants.

Among them are 250,000 registered Bangladeshi workers, according to Mohammed Rezaul Kabir of the country's embassy in Baghdad.

"More than 20,000 have lost their jobs," he told AFP, adding that the numbers could be even higher, given how many work informally.

They include 9,000 Bangladeshi labourers at international oil companies and contractors in Basra, once seen as lucky for working in such a lucrative industry.

"Oil prices going down led to a lot of oil fields laying off employees, some of them without even a final paycheck," said Kabir.

Many Bangladeshi oil workers headed north to Baghdad, hoping their embassy could send them home.

"We are making lists and contacting people as soon as we find a place for them. We are trying our best to transfer them back home, but it is expensive and we need a lot of flights to get them there," said Kabir.

According to an International Labour Organization (ILO) survey, 95 percent of businesses in Iraq have suspended work amid Covid-19.

Four out of 10 said they had to lay off some workers, and many expected the crisis to continue another four months.

Salem Ahmed, an Iraqi restaurateur who employs Bangladeshi, Egyptian and Iraqi workers, said his establishment had been hit hard by the lockdown.

"The government didn't provide any support to businesses, and we're still expected to pay taxes by July," he said.

Even once the lockdown is fully lifted, many business owners surveyed by the ILO predicted they would be unable to bring their operations or sales back to pre-coronavirus levels.

Forty percent feared their businesses will shut either temporarily or permanently.

"The government should explore all options to finance measures that support enterprises, and it should provide emergency support to all workers, mainly those who are working informally," said Maha Kattaa, ILO's Iraq country coordinator.

Lhak was in a precarious situation well before the pandemic and the plunge in oil prices, living hand-to-mouth every month from menial jobs at small businesses in Baghdad.

Last year, he always managed to sort something out - but this year feels different.

"Everything is closed now. With the coronavirus, there are no more customers. We just hope for things to get better so we can move on with our lives," Lhak said. 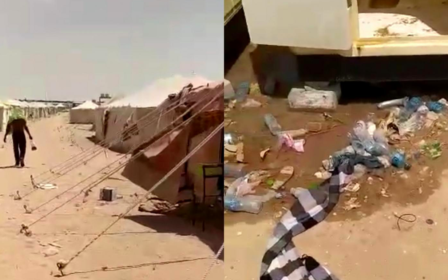 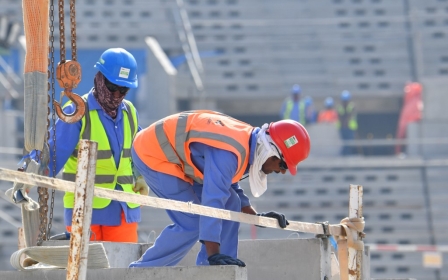