It is unclear if the Iraeli prime minister himself is affected, with a 14-day isolation period normally required 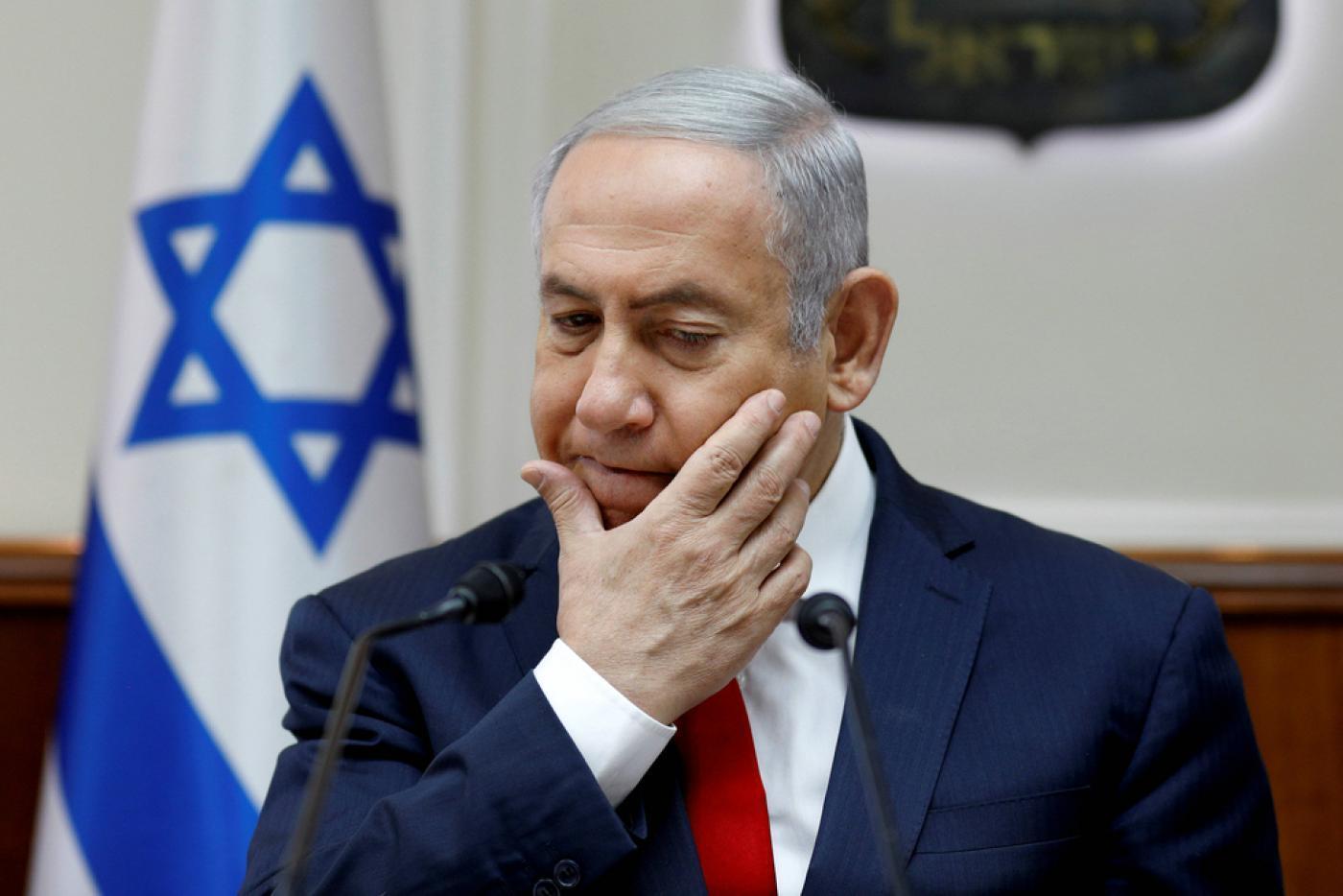 Netanyahu was previously tested for coronavirus as a precaution on 15 March, his office said, the result was negative (Reuters)
By
MEE and agencies

An aide to Israeli Prime Minister Benjamin Netanyahu has tested positive for coronavirus, officials said on Monday, but it was not immediately clear if the 70-year-old leader had been exposed or his work affected.

"We will take action in accordance with health ministry directives," an official said, announcing the diagnosis of the parliamentary aide, whom Israeli media described as being in good condition.

The health ministry generally requires 14-day self-isolation and possible coronavirus testing for anyone deemed to have been in proximity with an infected person, Reuters reported.

Israeli media said the aide had been present at a parliament session last week attended by Netanyahu as well as opposition lawmakers with whom he is trying to build an emergency coalition government to help address the coronavirus crisis.

Netanyahu was previously tested for coronavirus as a precaution on 15 March, his office said. The result was negative.

Israel has reported 4,347 cases and 15 fatalities. With the health ministry warning that the dead could eventually number in the thousands, Netanyahu was due on Monday to convene officials on Monday to discuss a proposed lockdown of some of the country.

The Palestinian Health Ministry said on Monday that one more person had tested positive for coronavirus, raising the toll to 100 confirmed cases in the occupied West Bank.

Israel's Attorney General Avichai Mendelblit and the justice ministry prevented the deployment of soldiers to enforce coronavirus-related emergency regulations on Sunday, asking it be passed as a cabinet resolution first, the Israeli newspaper Haaretz said.

The deployment of 650 soldiers to help with policing was approved last week by Netanyahu and Public Security Minister Gilad Erdan, together with Chief of General Staff Aviv Kochavi and the defense ministry. It was supposed to start on Sunday.