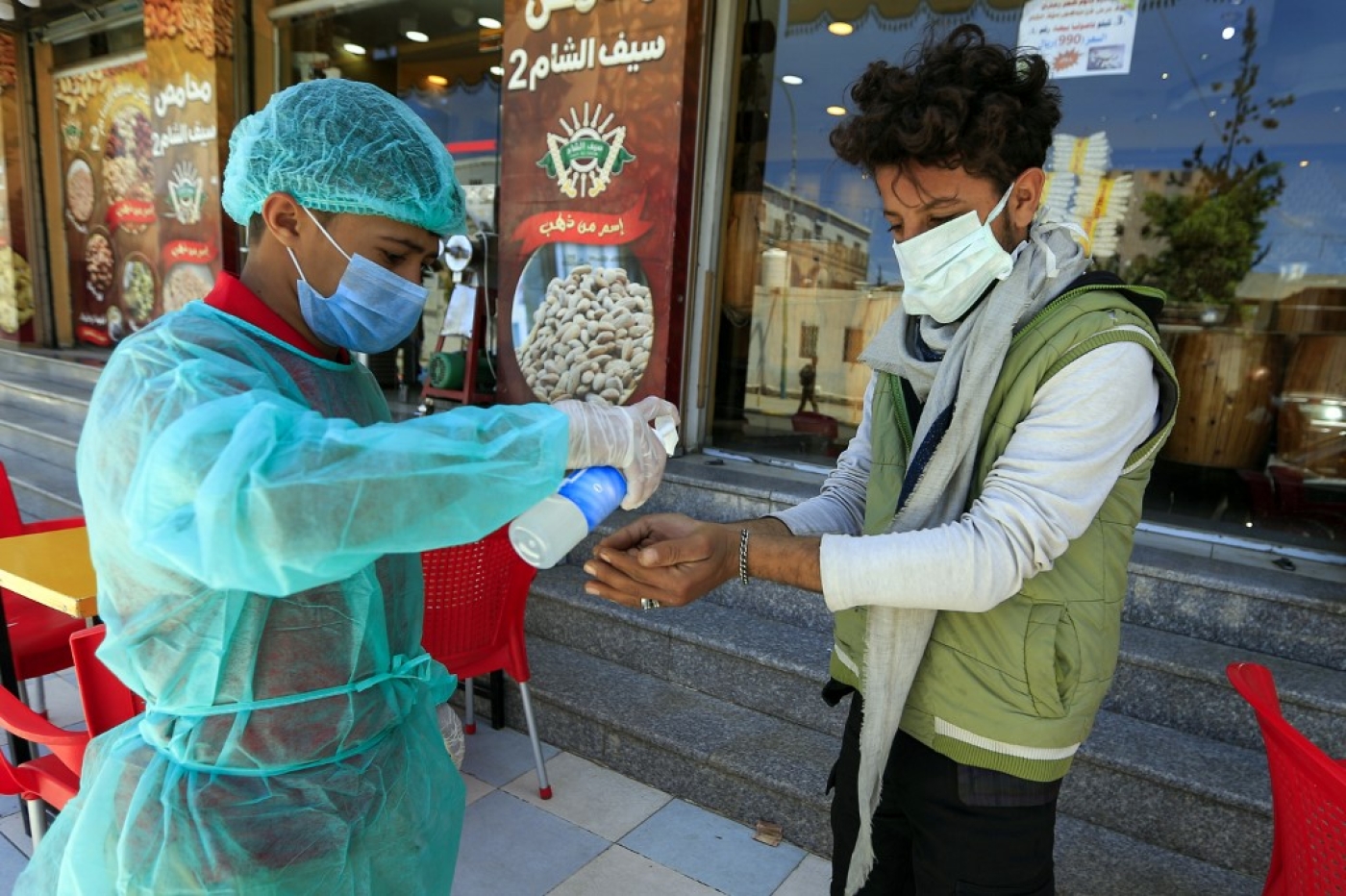 The UN said the country does not have sufficient supplies, capabilities or facilities to combat the pandemic (AFP)
By
MEE and agencies

Yemen reported its first coronavirus case on Friday as aid groups try to prepare for an outbreak in a country where war has shattered the health system and spread hunger and disease.

The announcement came after a nationwide ceasefire began on Thursday over the pandemic.

A Saudi-led coalition fighting Yemen's rebel Houthis announced it would halt military operations for two weeks, but the Houthis have yet to agree.

The case was diagnosed in the southern oil producing region of Hadhramout, the supreme national emergency committee said on its Twitter account.

"The individual is stable and receiving medical attention," it said, adding that authorities had taken necessary measures, but did not give details.

The sufferer was a Yemeni working in the port of Ash Shihr, a local official told Reuters.

If the virus spreads in Yemen, the impact would be "catastrophic," as the health status of at least half the population is "very degraded" and the country does not have sufficient supplies, capabilities or facilities, its UN humanitarian coordinator, Lise Grande, said on Thursday.

Authorities have ordered the closure of the port for a week for deep cleaning and instructed workers there to isolate at home for two weeks, according to a directive seen by Reuters.

Officials also imposed a 12-hour nightly curfew in all Hadhramout districts starting from 6pm on Friday until further notice.

Civil defence vehicles near the port were ordering people through loudspeakers to stay home, residents said.

The World Health Organisation said it was providing support to Yemen's Ministry of Public Health and Population.

"We are following the case and its contacts to assess the level of exposure," Yemen representative Altaf Musani said.

WFP aid to be halved next week

Yemen has been mired in conflict since the Houthis, who say they are fighting a corrupt system, ousted the government of from power in Sanaa in late 2014, prompting the Saudi-led coalition to intervene in March 2015.

The World Food Programme (WFP) said on Thursday that it will halve the aid it gives to people in parts of Yemen controlled by the Houthis from mid-April after donors cut funding over concerns the rebels are hindering aid deliveries. "WFP's operation in Yemen is now facing a critical funding shortage and is left with no choice but to reduce assistance by half to avoid a full stop of assistance in the future," a WFP spokesperson told Reuters.

From mid-April families will get WFP aid every other month, instead of monthly.

The United Nations agency feeds more than 12 million Yemenis a month, 80 percent of them in areas controlled by the Houthis.

"WFP calls on the de-facto authorities to honour agreements and to introduce the confidence measures needed for donations and full operations to resume," the spokesperson said.

Donors, humanitarian agencies and UN bodies have in recent months increasingly complained of interference and obstruction from Houthi authorities and threatened to scale down aid if conditions did not improve.

Major donor the US Agency for International Development (USAID) two weeks ago said it had started to reduce aid to Houthi areas over those concerns.

The US State Department’s top diplomat for the Middle East told reporters in a teleconference on Thursday that the onus was on the Houthis to ensure the flow of humanitarian aid.

"It would be productive, especially during the time of Covid, if the Houthis started abiding by standard international best practices for humanitarian assistance," said David Schenker, assistant secretary for Near Eastern affairs.

"We encourage them to, one, join the ceasefire; and two, to end their problematic humanitarian practices."

The Supreme Council for the Management and Coordination of Humanitarian Affairs, a Houthi body formed in November to oversee aid, did not respond to a request for comment from Reuters.

The conflict in Yemen has killed more than 100,000 people and pushed millions more to the brink of famine.