Michel Aoun's spokesperson had told MEE 85-year-old was yet to make a decision on getting the jab, as healthcare officials urge a public awareness campaign A supporter of Lebanese President Michel Aoun wears a face mask with a drawing of the president and the writing in Arabic that reads "Your highness, with you forever" (AFP)
By
Kareem Chehayeb
in
Beirut

Lebanon's Michel Aoun said on Monday he'd take the Covid-19 vaccine, hours after his spokesman told Middle East Eye the president had not decided whether to take it or not.

The issue had become a hot topic in the country after al-Jumhurriah newspaper reported Aoun would refuse to take the vaccine and as healthcare officials attempt to tackle disinformation and conspiracy theories about the pandemic.

"The President of the Republic, General Michel Aoun, will receive the vaccine against corona, in contrast to what was published today in the media and social media," Aoun's twitter account said on Monday.

Earlier, his spokesman told MEE: "The president has not taken a decision yet," noting that the vaccine was not going to be rolled out in Lebanon until February anyway.

'We need people with moral, social, scientific, and even religious authority coming up and endorsing the vaccine, to start some kind of a wave of acceptance'

Other political officials, including Prime Minister-designate Saad Hariri and Speaker Nabih Berri, have not yet commented on the matter.

Hezbollah Secretary-General Hassan Nasrallah said in an interview on Al-Mayadeen television that he would refer to his doctors' advice regarding the vaccine, but would "definitely not" take what he called "the American vaccine".

Dr Firass Abiad, who heads the government-run Rafic Hariri University Hospital, told MEE that public officials needed to step up, endorse the vaccine and counter disinformation about it.

"We need people with moral, social, scientific, and even religious authority coming up and endorsing the vaccine, to start some kind of a wave of acceptance," he said.

"Unfortunately, up until now, we see that a lot of the people doing the talking are the sceptics with [only] some individual authorities fighting back."

Lebanon is set to receive its first of several shipments of the vaccine from American pharmaceutical company Pfizer in mid-February, which would in total cover about 20 percent of its population. "Getting vaccinated will be a personal choice," Assem Araji, Future Movement MP and head of parliament's health committee, told MEE. "We will of course do a campaign to encourage people to get vaccinated."

As of 27 December, Lebanon has recorded at least 171,226 positive cases, and is facing a surge of about 2,000 new infections a day during the holiday season.

Getting a handle on those numbers will not be easy. A recent survey by Arab Barometer revealed that only 6 percent of Lebanese trust their government.

Amid a crippling economic crisis, compliance with Covid-19 measures and restrictions has been unsurprisingly low, despite pleas from top officials.

Meanwhile, a wide variety of conspiracy theories concerning the vaccine have gone viral, most notably that "microchips" will be inserted to further government surveillance. Other baseless claims include allegations that the vaccine will alter one's DNA.

The impact has been immense; only about half of Americans plan on getting the vaccine once it is rolled out.

Over the past year, Lebanon has absorbed a handful of crises, such as August's devastating Beirut port explosion, which have proved fertile ground for conspiracy theories and disinformation. A World Health Organisation representative in Lebanon even described the disinformation situation as a pandemic in parallel with Covid-19.

Some Covid-19 skeptics have appeared in Lebanese media, including OTV television, which belongs to Aoun's Free Patriotic Movement party.

On Thursday, Dr Gebran Qarnouni, who has regularly appeared on the channel to discuss coronavirus, played a video that gave a platform to anti-mask protesters.

Lebanon's healthcare sector is teetering on the brink of collapse and needs all the help it can get. Neglected public facilities are struggling to cope with soaring demand, while private options are unaffordable for much of the population as they face financial struggles of their own.

Araji proposed that it would perhaps help "encourage" people to take the vaccine if their political representatives did so first.

"These conspiracies about chips and I don't know what are all unscientific," Araji said. "There is an [anti-vaccine] campaign which is happening in many other countries and not just here."

"I think these things should be addressed, and I think we'll need to see a public awareness campaign. I'm not sure why we haven't seen it yet," he said. 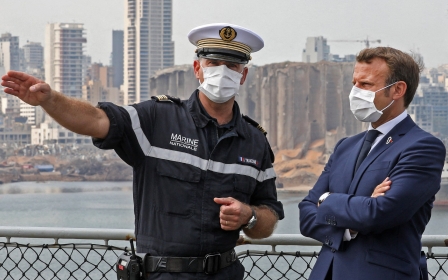 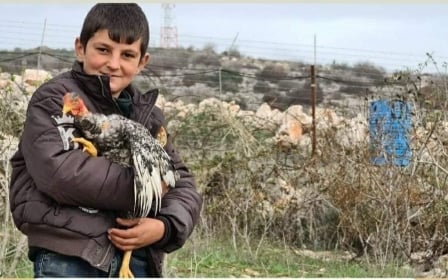