Oxygen for sale: Covid-hit Lebanon running out of breath

As Lebanese health sector struggles with soaring Covid-19 cases, a serious shortage of oxygen tanks throws the cash-strapped country into another crisis 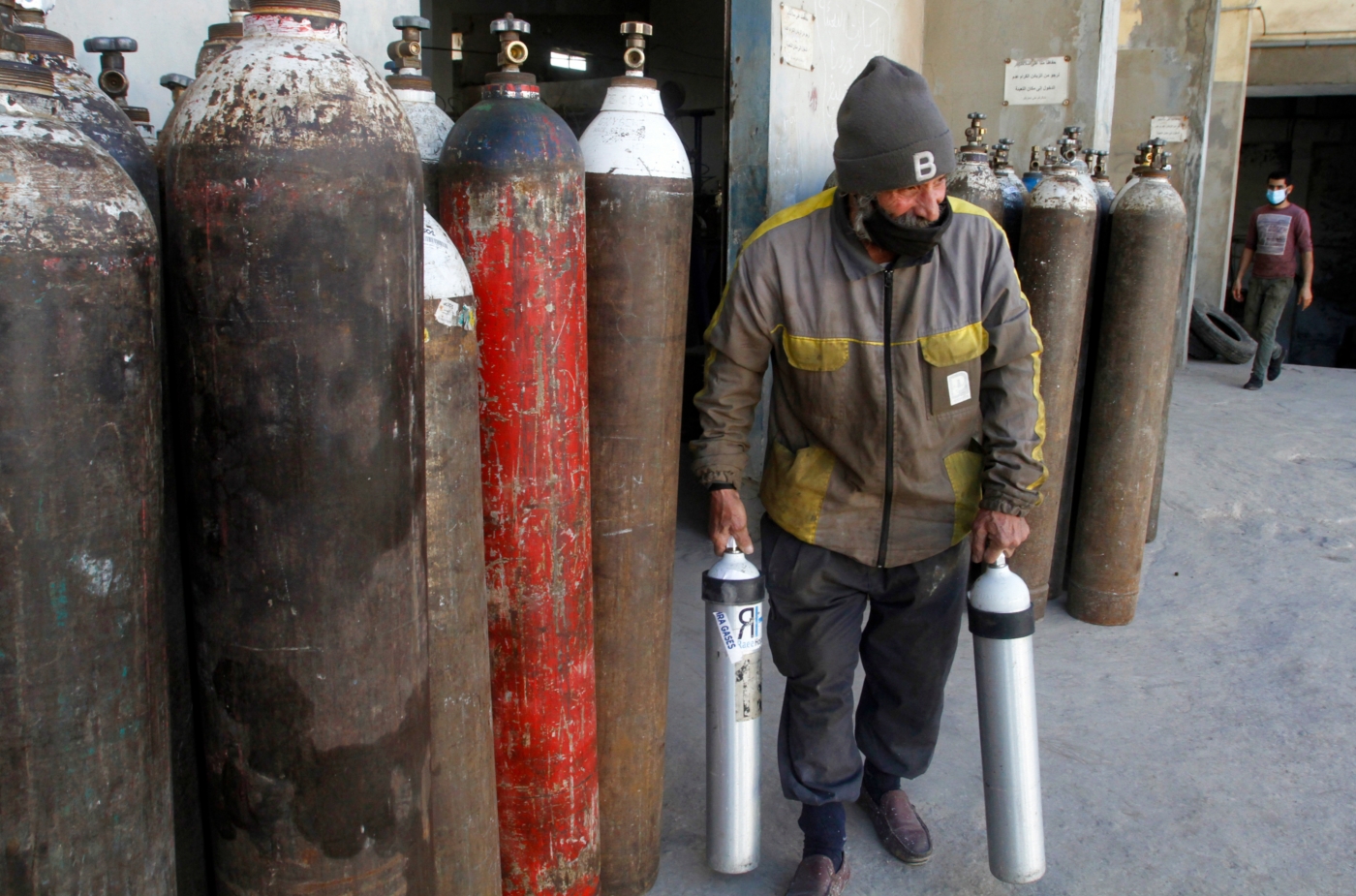 A worker carries oxygen canisters to be used by hospitals treating Covid-19 patients, at a factory in the southern Lebanese city of Sidon on 9 January 2021 (AFP)
By
Kareem Chehayeb
in
Beirut

Elise knew that finding a hospital in Lebanon’s capital Beirut that would admit her father would be difficult, but she did not expect him to be sent home for the family to deal with his worsening Covid-19 symptoms.

- Elise, daughter of a Covid-19 patient

She herself tested positive for the virus in December, with her immediate family soon after getting moderate symptoms in the turn of the new year.

With a high fever and aggravated lung infection, her father developed shortness of breath, but there was no room at the hospital.

“We [eventually] found another one,” she told MEE. “They did their examinations and put him on oxygen for one hour and then told us to leave because they need to make sure that this bed is empty in case they get another patient.”

Her home, she says, was transformed into a “makeshift hospital,” with all of her father’s medical needs adhered to, including a 35-litre oxygen tank right beside his bed.

“I have never been more scared in my 32 years on this planet.”

Oxygen tanks and concentrators are in high demand, with a list of suppliers shared online by Lebanon’s Medical Equipment Importers Syndicate. But as fear surged across the country, so did sales of these machines. 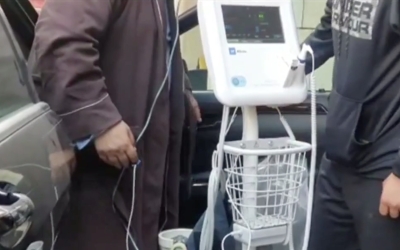 The syndicate’s president, Salma Assi, said that almost all their sales are made to hospitals and clinics, but under the current circumstances they are witnessing an increase in demand from a distressed population.

Assi told MEE: “Seventy percent of people bought them just to have them on standby at home. They are taking those machines away from people who need them.”

She is now asking companies to only lease their remaining stock until more arrives.

Oxygen concentrators are sold at prices ranging between $700 and $1,400, she said, depending on the make of the machine.

The devaluation of the local currency by around 80 percent makes these machines extremely expensive, but Assi said there is “no other choice,” with skyrocketing shipping fees and the fact that this equipment is not subsidised by the country’s Central Bank.

“We’re now asking for customers to present a test to show they are Covid-19 positive as well as a prescription from a doctor,” she said.

Elise was unable to secure a concentrator for her father, but after a few phone calls was able to purchase a $500 35-litre oxygen tank that costs about $27 to refill every other day.

With stocks through official suppliers already dwindling, oxygen concentrators and tanks are being sold informally online at prices reaching up to $2,000. It is a further financial strain for families already struggling, but hospitals are no longer able to accommodate all cases that need oxygen.

“Mild cases that require little oxygen are now being told to stay home - they were previously allowed to stay in the hospital for a few days,” Bassam Osman, a doctor at the American University of Beirut Medical Centre, told MEE.

“But now we don’t have the vacancies to admit these patients, so we recommend that they get the little oxygen they need at home.”

Cash-strapped Lebanon has recently witnessed a harrowing surge in Covid-19 cases. Officials have declared a state of emergency in Lebanon for 10 days as part of a wider three-week lockdown, while hospitals are functioning at maximum capacity with diminishing supplies and resources.

'We are stretched to the limit at all levels'

“We are stretched to the limit at all levels,” the hospital's Dr Georges Juvelekian told MEE in a phone call.

“Any device that can provide oxygen is necessary and is becoming more scarce.”

St George Hospital was among three hospitals in Beirut that went out of commission following the Beirut port explosion last August.

Juvelekian narrowly survived, but now finds himself in the midst of a new crisis.

Some of the country’s smaller hospitals have treated patients on the streets or in their cars. Among them is the Bouar Government Hospital, which had only been set up to take in Covid-19 patients several weeks ago.

Hospitals in Lebanon are now transforming facilities to accommodate moderate to severe cases of Covid-19.

“We’ve geared everything towards dealing with the newly developing crisis with Covid,” a distressed Juvelekian said, adding that his hospital was “swamped”.

Having already allocated half of the emergency room for critical Covid-19 patients, the hospital leased a smaller hospital and transformed it into a coronavirus intensive care unit.

Meanwhile, Elise said that being able to provide oxygen for her father made “a world of difference,” but while she feels extremely lucky to have been able to do so, roughly half the Lebanese population is living in poverty.

“Not everyone is so fortunate.” 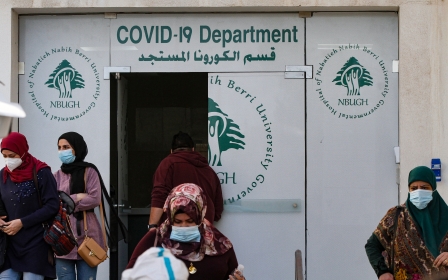 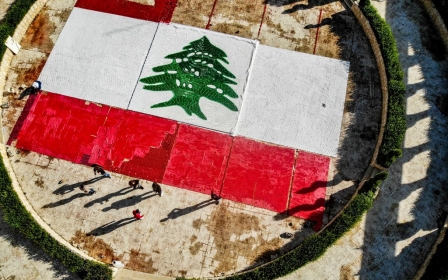 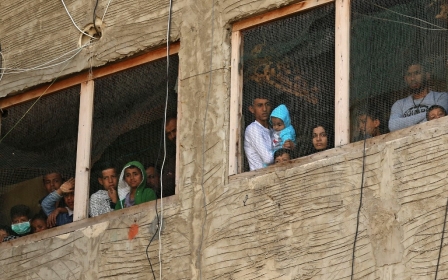