Local media is studiously quiet, while Jordanians struggling in the kingdom's stuttering economy find outlets for their frustrations online 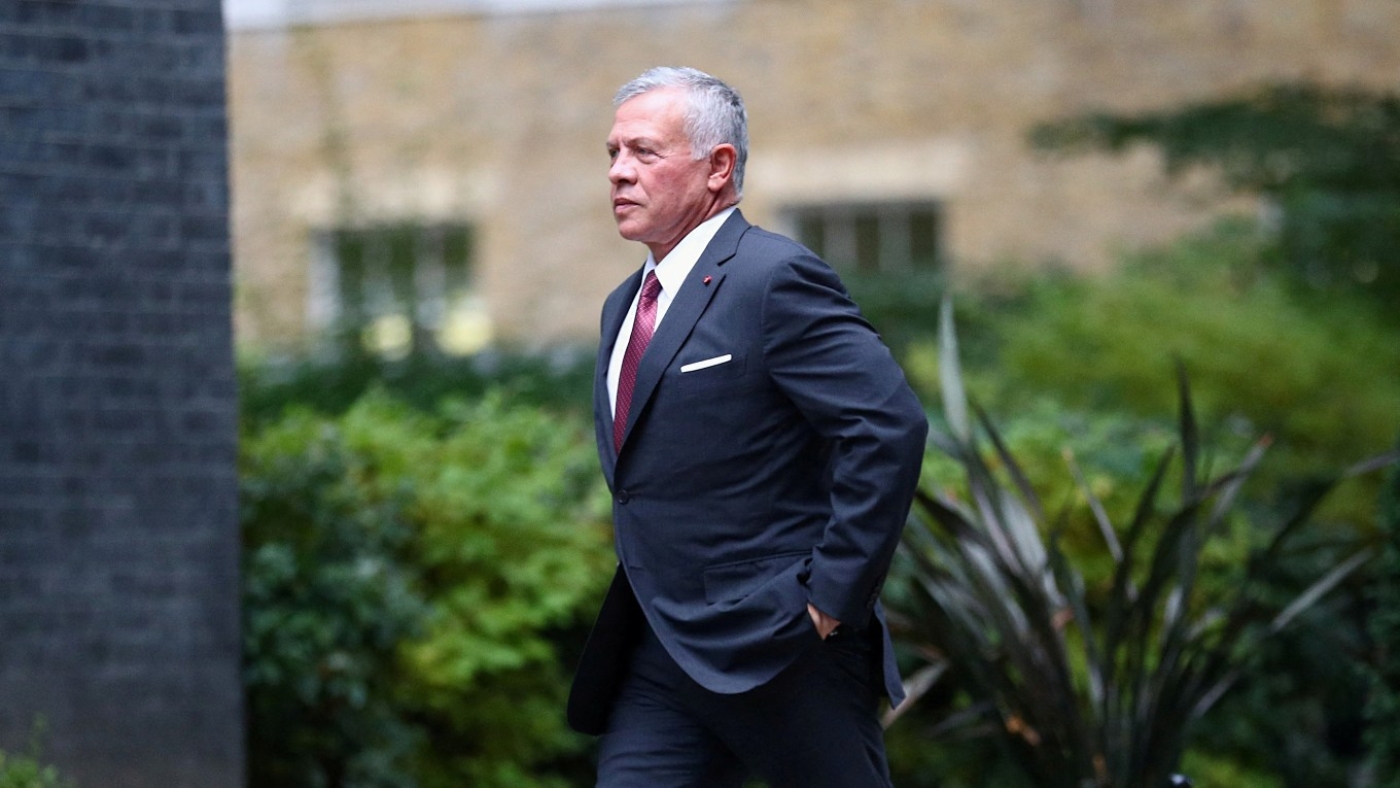 If Jordanians heard about their king and queen being implicated in this week's Credit Suisse leaks, they didn't hear about it from local media.

Internationally, King Abdullah II and Queen Rania were named by several outlets as beneficial owners of a number of secret accounts at the Swiss bank, two of several figures from around the world who were revealed to have held millions with Credit Suisse.

Yet the response in Jordan from major local media outlets and official sources was largely muted on Monday.

No Jordanian outlet published the details of the investigative report about the royal couple's accounts, thought to be worth hundreds of millions of dollars. 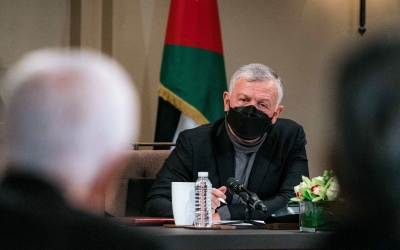 "Any allegations that link the funds in these accounts to public funds or foreign assistance are defamatory, baseless, and deliberate attempts to distort facts and systematically target Jordan’s reputation as well as His Majesty’s credibility, especially coming after similar reports published last year that were based on leaks from previous years," said the Royal Court.

The statement said the majority of the money reported on had related to the replacement of planes the monarch had inherited from his father King Hussein, including the sale of a $212m Airbus 340 plane that was replaced with a less costly Gulfstream jet currently used by Abdullah.

Prime Minister Bisher al-Khasawneh also weighed in on Monday claiming “Jordan and its leadership are being targeted".

“Jordan and Egypt are targeted from sources of ideological black evil on the basis of its steadfast positions regarding national issues," he said.

This scene was a repeat of what happened when the Pandora Papers were published last year showing that King Abdullah owned properties worth $100m in the US and UK. At that time, media silence forced many activists and politicians to turn to social media, particularly Clubhouse and Twitter, to discuss internal issues.

'Do I practice my right and ask the king what the source is of your millions in those accounts here and there while we are deep in debt and we are almost dying of hunger?'

Then, as now, many Jordanians have been less than willing to accept claims from the government that all those involved have clean hands.

Activist Nuha Faouri told Middle East Eye that Jordanians had the right to ask where the money had come from.

"Why don’t you ask oh cowards? What are you afraid of? I am a citizen of Jordan named Nuha Faouri," she said.

"Do I practice my right and ask the king what the source is of your millions in those accounts here and there while we are deep in debt and we are almost dying of hunger?”

A number of discussion rooms opened on Clubhouse following the Credit Suisse revelations. One had 70 participants using the title "Is Jordan being targeted?" The room is moderated by opposition figure Alaa Fazaa who has been living as a political refugee in Sweden since 2013.

Participants in the Clubhouse room criticised the king and demanded that the money stored in the accounts - one of which was revealed at one point to have been worth 230m Swiss francs ($250m) - be returned to Jordanians.

"If the sources of the money are known, why was the money stashed in a secret Swiss account and not in local banks?” asked one group participant.

On Twitter, using the hashtag "Jordan is not in good shape", a participant named Maya Raham asked: "Please respect our minds a little bit. Are we naive people to this degree that we believe in these lies!!!"

'Regardless of the leaks and their reasons, there is a high level of mistrust between citizens and the leadership because of this absence of transparency'

Ahmad Milhem tweeted in response to the Royal Court statement: “Are we to believe that money to help Jordanian and Islamic holy places are paid for from secret Swiss accounts? Please respect us?"

Much of the anger has stemmed from the fact that Jordan is currently struggling with serious economic problems which have been exacerbated by the Covid-19 pandemic.

Protests have broken out across the country against financial hardship and high youth unemployment.

Abdullah has been accused of doing too little to tackled the entrenched corruption and nepotism that has flourished through the Jordanian state.

"The importance of these Swiss accounts is that they were kept secret to protect from leaks. This is a lesson that there should be transparency from the royal court in such cases and what the money is being used for," said political analyst Lamis Andoni.

She added that the tightly controlled response from the mainstream media in Jordan to the revelations would only serve to heighten suspicions.

"They received clear instructions from the Royal Court not to publish anything related to this investigation," she told MEE.

"Regardless of the leaks and their reasons, there is a high level of mistrust between citizens and the leadership because of this absence of transparency."

Is Jordan being targeted?

A well-known former member of the Jordanian parliament, Hind al-Fayez, criticised the Royal Court's response to the revelations. 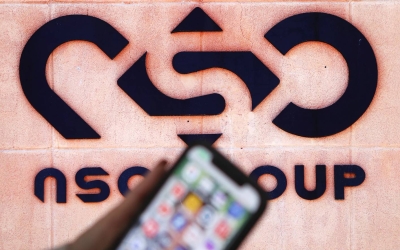 “Their statement proved that the king owns millions instead of spending it on his people and in developing the country," she said.

“According to the statement of the Royal Court, the money is inherited from his father and as cost of the airplanes. But the king has five brothers and six sisters, should not they be dividing the money between them?"

"I said in that case if King Abdullah inherited two planes from his father then at least King Hussein had minimum of 16 planes which contradicts late King Hussein's book in which he said that we were poor, so where did the money came from?"

Oraib Rantawi, director of the Al Quds Center for Political Studies, gave an interview to the local Radio al Balad, asking sarcastically that the government reveal the identity of those who it claims are targeting Jordan.

“I find it hard to accept the repeated words that Jordan is targeted by foreign forces. Why doesn’t the government do its own leaks to local journalists about who these foreign bodies are?" he said.

"Jordanian media is unable to check into this issue due to the restrictive nature of the media laws that are handicapping journalists’ freedom. If the government wants us to believe in their official position, they should tell us who is targeting Jordan?" 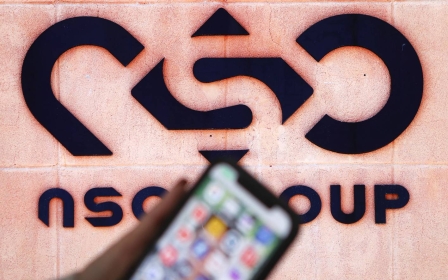 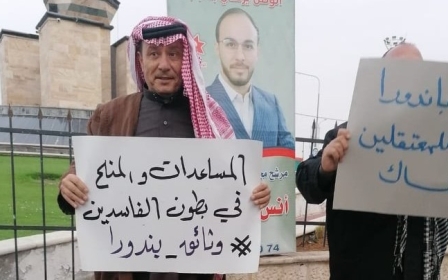 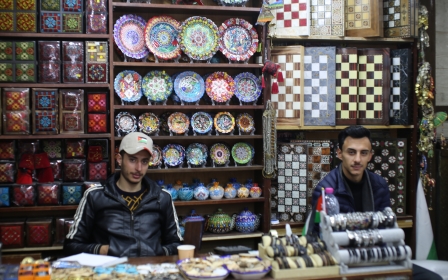