Jordan: Citizens in the dark after alleged coup attempt

With rumours swirling on social media, many Jordanians are unsure what to make of a wave of arrests on Saturday 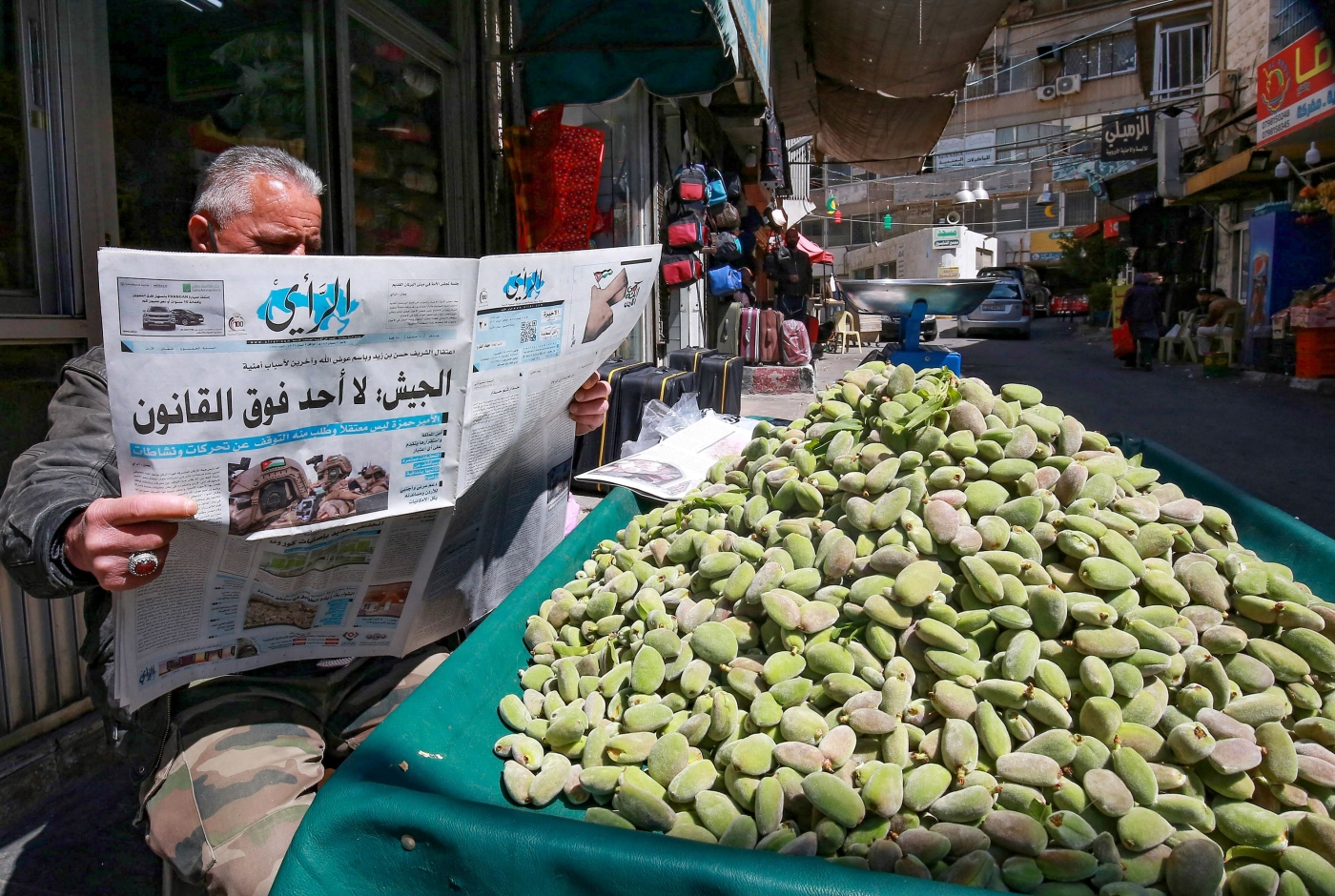 A Jordanian street vendor reads a local newspaper with the headline "Army: No-one is above the law" in the capital Amman on 4 April 2021 (AFP)
By
Mohammad Ersan
in
Amman

Jordan's Deputy Prime Minister Ayman Safadi said on Sunday that Hamzah and others were planning to "undermine the security" of Jordan, adding that a total of 14-16 people had been arrested on security charges, in addition to two previously reported arrests.

The prince has been barred from leaving his home, according to sources in Amman, though the government has denied he has been arrested. 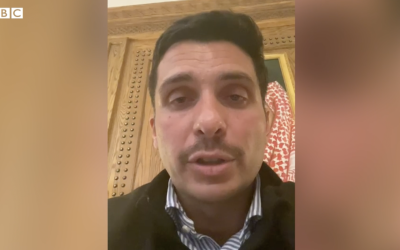 Jordan's Prince Hamzah: 'No one is able to speak'
Read More »

Social media rumours and a lack of non-partisan news outlets in the country have meant many Jordanians are still in the dark about the significance of the arrests.

A video by Hamzah published on Saturday evening only increased the uncertainty. In it, the prince said he was under house arrest and spoke out against corruption and incompetence in Jordan.

The prince said he was not allowed to leave his home or meet with anyone except his family and that Jordanian authorities had cut off all means of communication, including the internet. People close to him had also been arrested, he said.

Speaking to MEE, residents of Jordan reacted to Saturday evening's unfolding news with confusion and irritation.

For Lamis Andoni, a newspaper columnist for London-based newspaper Al-Araby al-Jadeed, if Hamzah's house arrest was, as he claimed, the result of a campaign to target dissent, then it marked a "dangerous escalation".

Maser Malasa, a member of the Jordanian Engineers Association, told MEE that the country was in need of "serious reform, because that will be less costly than any destruction".

Malasa said that all Jordanians will likely have heard the prince's comments, even though his statements were the kind of opinions "only whispered about in the past".

Local commentators downplayed the idea that the prince had orchestrated a coup against King Abdullah II.

"It was a sensitive, but not dangerous, evening for Jordan," Hassan Barrari, a political analyst and professor of political science at Qatar University, said on his Facebook page.

"I never expected that one day Prince Hamzah would be accused of being behind anyone thinking of a coup against the king," Barrari added. "Prince Hamzah has never stopped talking about how official policies in Jordan have led to poverty, unemployment and oppression… Now the prince appears to be standing with the national opposition, and this has worried the regime."

“Jordanians now need an explanation from His Majesty King Abdullah II in order to defuse the crisis," he added.

Jordanians, many of whom have been keenly following the story in the news and from supposed leaks on social media, were critical of the absence of reliable journalism in the country.

"The official story is absent, so [government-aligned] media have nothing to say, while citizen journalists talk on social media," Mahmoud Abu Hilal, a 55-year-old resident of the capital Amman, told MEE.

'Official media is failing, and appears weak and shaken whenever a crisis takes place'

"Despite the high salaries and government support and all the access that they have, official media is failing, and appears weak and shaken whenever a crisis takes place or an emergency happens. This is exactly the time we need them."

Speaking from the city of Irbid 70km north of Amman, Gaith al-Tal, 35, said: "People were upset when they saw the official government spokesman talk about food delivery services during Ramadan in the middle of the [Covid-19] crisis, while the official news agency carried two very truncated news stories without any clarity from anyone that Jordanians trust."

Ramadan is due to start on or about 13 April.

Amman taxi driver Mohammad Abu Safieh, 63, asked: "Where is the official media that should come out with an official explanation as to what is happening in Jordan? Unfortunately, the government is in a deep slumber."

“The absence of official statements has paved the way for websites outside Jordan to broadcast and talk, which gave the impression of a serious event,” Huwwarat said. “The volume of international reactions also indicates a fear of a crack in the internal situation in Jordan.”

Minister for media affairs and government spokesperson Sakher Dudin said on Sunday that a press release would be issued imminently to clarify the details of the arrests.

The chief of the Jordanian armed forces, Major General Yousef Ahmad Huneiti, denied the claims that Hamzah was arrested on Saturday, but said it was true that he was asked to limit his movement and communications while an investigation was ongoing.

Jordanian sources have told MEE that at least 20 people were arrested on Saturday in connection to the case, including Hamzah's associates Sharif Hassan bin Zaid and Bassem Awadallah. 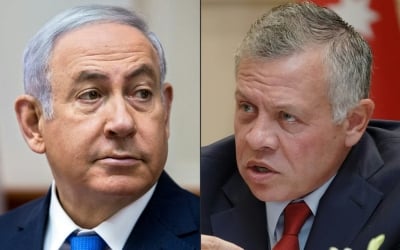 Huneiti said that more information would be made public, adding that security forces were abiding by the law and acting only after a long, in-depth investigation, stressing that the security and stability of Jordan were paramount.

MEE has learned from security sources that the arrests all took place within a short period on Saturday and included Awadallah - the former chief of the royal court and now an adviser to Saudi Crown Prince Mohammed bin Salman - along with Bin Zaid, a relative of the Jordanian royal family.

Sources in Karak, a city south of Amman, told MEE that the arrests also included some of Hamzah's bodyguards, including the head of his palace, Hashem Abu Hamad, and his personal bodyguard, retired general Yaser Majali.

Majali was reportedly arrested in the home of one of his relatives, Rafifan Majali, whose family denounced the arrest in a statement on Saturday evening.

“We were shocked with the news of the entry of armed forces into the home of Rafifan in the southern Jordan Valley near Karak to arrest the retired general Yaser Suleiman Majali … and a number of our beloved tribe members in an act that we see as a stab in the back, treason, and humiliation to our tribe,” the statement read.

Prince Hamzah is known for having a strong relationship with Bedouin tribes in the country, and was reportedly hosted by a well-known Bedouin sheikh two days before Saturday’s events.

MEE noted a strong security presence around the road that leads to the royal palace in Dabouq, west of Amman. All entry and exit points to Dabouq were closed off by security units on Sunday. 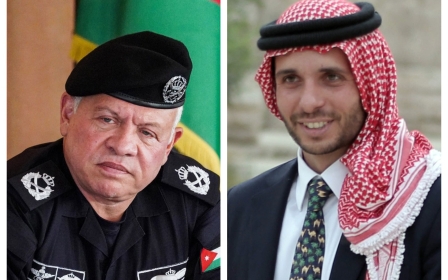 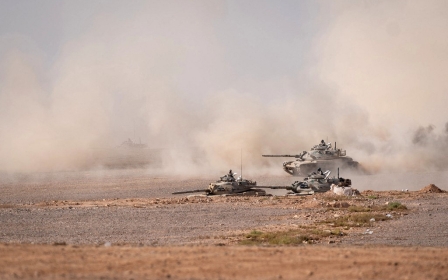 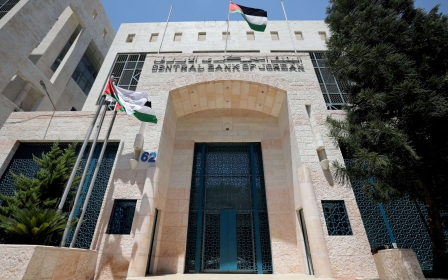 Inside Jordan
Jordan: Tens of thousands at risk of prison over unpaid debt