The Lebanese ISF has received $11.7m from the British government since 2008, according to an FoI request 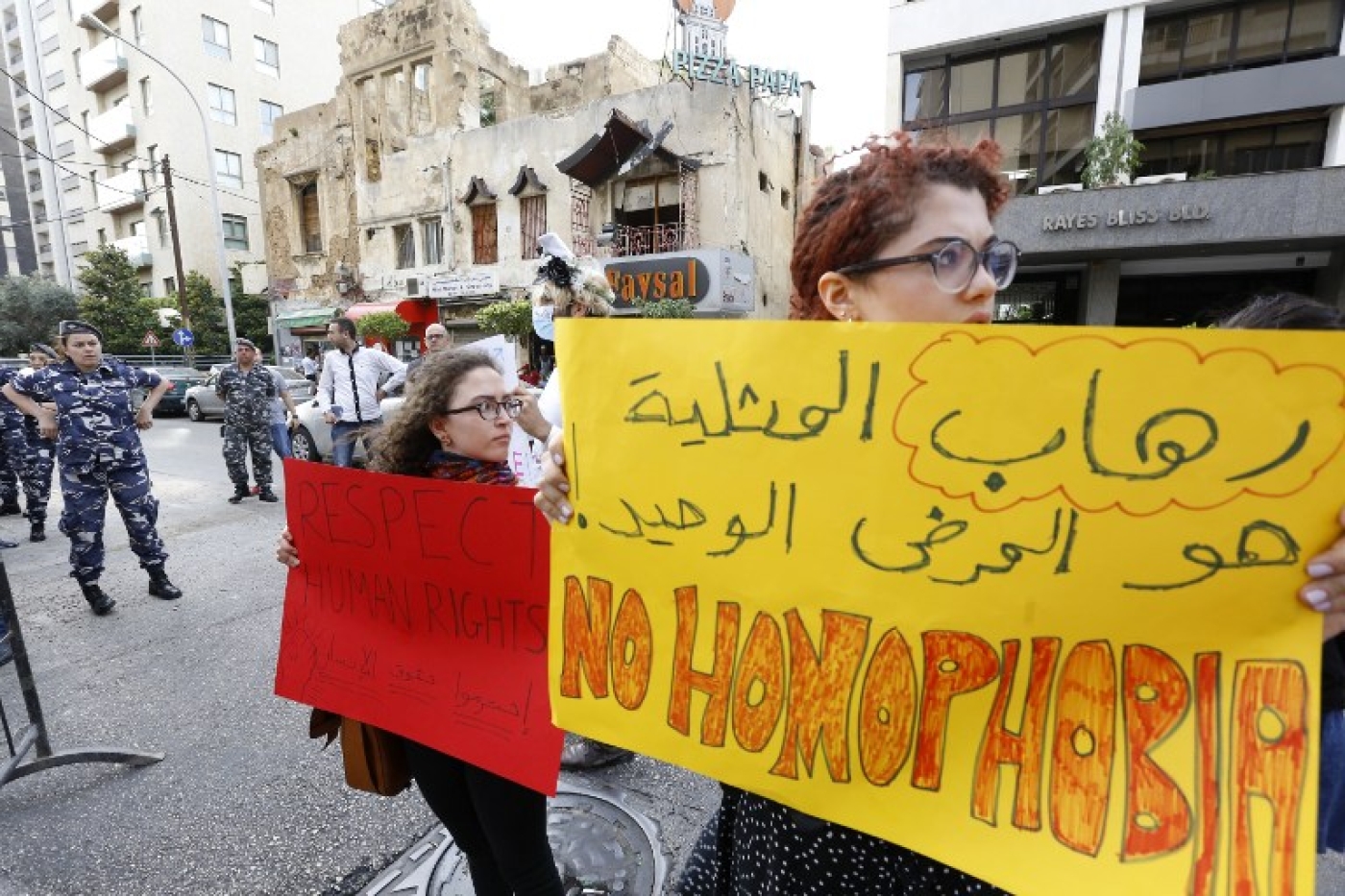 Buried in the chaos of East Beirut – where cars populate the pavements and the electricity flashes on and off with daily power cuts – there’s a door no one would ever notice. It’s supposed to be anonymous; behind it exists one of Lebanon’s few LGBTI community centres.

Upstairs in a room usually used by a doctor, the rainbow pride flag rolls in the breeze from the air conditioning unit as Rami* shifts awkwardly in his chair. He looks as if he’d rather be anywhere else but Rami, who is gay, has come to share his story of torture by the Lebanese police, an agency that receives millions of pounds in funding from the UK government.

‘They slapped me all over my body. They humiliated me’

Head bent over clasped hands, his story slips out, slowly and painfully. Two years after the incident, he is still haunted by what happened. He says he suffers from anxiety and insomnia. “He used to be out in the clubs,” a friend interrupts. “But now we never see him.”

Lebanon’s LGBTI community - which is celebrating Pride in Beirut this week - has become more visible and outspoken in recent years, but its members continue to be targeted and tortured by the country’s national police force, the Internal Security Forces (ISF).

The British government however continues its funding. With the Islamic State present in neighbouring Syria, the ISF has been on guard as conflict has spilled over the border, by way of localised fighting and suicide attacks.

It was spring 2015 when Rami, his boyfriend and another friend were caught up in a random stop and search at a checkpoint run by Hezbollah.

When the Hezbollah fighters found nude photographs on Rami’s phone, he says, they presumed he was gay and transferred him to the ISF.

He arrived at the ISF police station at 11am, where he was handcuffed and beaten, Rami says.

He describes how the officers used both psychological and physical torture. “They slapped me all over my body. They humiliated me.”

For 12 hours, he was kept waiting with no water and no food. It wasn’t until the next day he was allowed to call his brother. Using his family’s connections, they were able to pay $500 to secure his release.

The ISF did not respond to a request for comment.

The British government says it has been funding Lebanon’s ISF since 2008, to confront security threats and increase respect for human rights. According to a freedom of information request made by Middle East Eye, since then, the ISF has received nearly $11.7m from various British Foreign Office funds.

While the British Embassy did help the ISF to establish a code of conduct – a set of ethical standards designed to protect human rights and public freedom – incidents of torture continued to be reported after its implementation in 2012.

In 2013, Human Rights Watch released a report that labelled these reforms as “inadequate”, and uncovered “a culture of impunity” amongst perpetrators of torture in the ISF. One year later, the United Nations’ Committee Against Torture confirmed HRW’s findings, labelling torture in Lebanon as pervasive and routine.

The UK has not only continued its funding since then but increased it. In 2016, Conservative Party MP Tobias Ellwood announced a drastic rise in the amount that would be given to the Lebanese security agency, committing an extra £13m over the next three years.

Where is UK money going?

Bassam Khawaja, Lebanon researcher at Human Rights Watch, said he was “deeply concerned” that international donors, such as the UK, continued to fund the country’s security services despite widespread findings of abuse.

“Donors should ensure that their money is not going to benefit abusive security services and units,” he told MEE.

“[They should] take steps to ensure that they are not enabling or contributing to human rights abuses.”

In response to these allegations, a British Foreign Office spokesperson told the Middle East Eye: “Much of our work with the Lebanese Internal Security Forces is focused on promoting and improving human rights – only by working with them can we bring about the changes we would like to see.”

According to the freedom of information request obtained by the Middle East Eye, UK-funded human rights training in Lebanon since 2008 has been delivered by NI-CO.

Owned by the Northern Irish government, NI-CO works to reform public sector institutions across the world, according to its website.

The not-for-profit caused controversy last year when it was revealed it had been providing crowd-control training to Bahraini police - a force frequently accused of rights violations.

While rights groups report that the use of torture by Lebanon’s ISF is widespread, minority groups, including the LGBTI community, are especially vulnerable. Article 534 of the Lebanese Penal Code criminalises sexual relations that “contradict the laws of nature”.

Although several judges have recently pushed back against the law, on the grounds that homosexuality is not a punishable offence, the country’s LGBTI population continues to be detained and tortured purely on the grounds of their sexuality.

In December 2016, HRW released a report that detailed the case of Shadi*, a gay Syrian refugee who was tortured earlier in the year by Lebanese security services, including the ISF.

These examinations are still used in Lebanon although the UN Committee Against Torture say they “have no medical justification”.

Stories such as Shadi’s spread through the community, creating fear among LGBTI Lebanese and refugees.

Bertho Makso, founder of equal rights organisation Proud Lebanon, reels off the incidents he has heard of that have stuck most in his mind; among them, he tells the story of a trans-Syrian, arrested on the seafront by the ISF, spat on and tied to a chair for three days.

“They intimidate you until you confess,” says Makso.

“They force you to hand over your phone.” As a short-term solution, he created a leaflet, advising the LGBTI community on how to stay safe: set up double, or very long, passwords; delete everything on your phone each time you go out.

Before Bader*, a trans refugee and LGBTI rights activist, arrived in Lebanon, he thought it was an open and accepting country. “I didn't know they detain people for having a homosexual relationship,” he says.

Transgender in Lebanon: 'A story of courage and determination'
Read More »

Stories of ISF brutality put Bader on edge. He began to mould his life around the threat of torture and detention. He avoided the checkpoints that scatter Beirut and tried not to hang out with LGBTI friends in public, afraid big groups would attract attention.

Every day he deleted the contents of his phone. Throughout the two years he spent in Lebanon, he was afraid. But his tactics kept him safe.

Speaking over Facebook from Canada, where he has since been resettled, he says: “The law 534 should be removed. Until then, in my opinion, no one is safe there. I personally know five people who got detained and tortured by ISF and they are all registered at UNHCR.”

Although it is illegal in the country to extract confessions “using violence”, Lebanon is yet to officially define and criminalise torture in compliance with the United Nations’ Convention Against Torture.

But Ghali also sees donor countries as responsible: “The funds should be restricted and conditioned if human rights violations continue. The UK should use the funding as a pressure tool to influence human rights-friendly policies. Whenever funding has been restricted or conditioned to human rights change, the Lebanese comply.”

He uses the ISF code of conduct as a positive example of UK pressure but says, “until now we haven't seen its implementation on daily basis”.

Without implementation, Rami remains despondent, hunched over his hands. “I feel like all the world is moving forward except Lebanon,” he says.

*Some names in this article have been changed to protect identities. 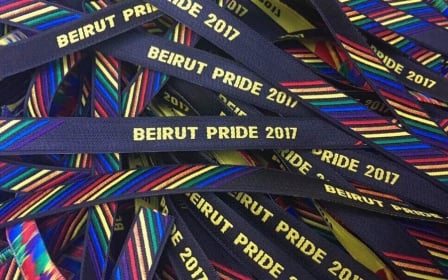