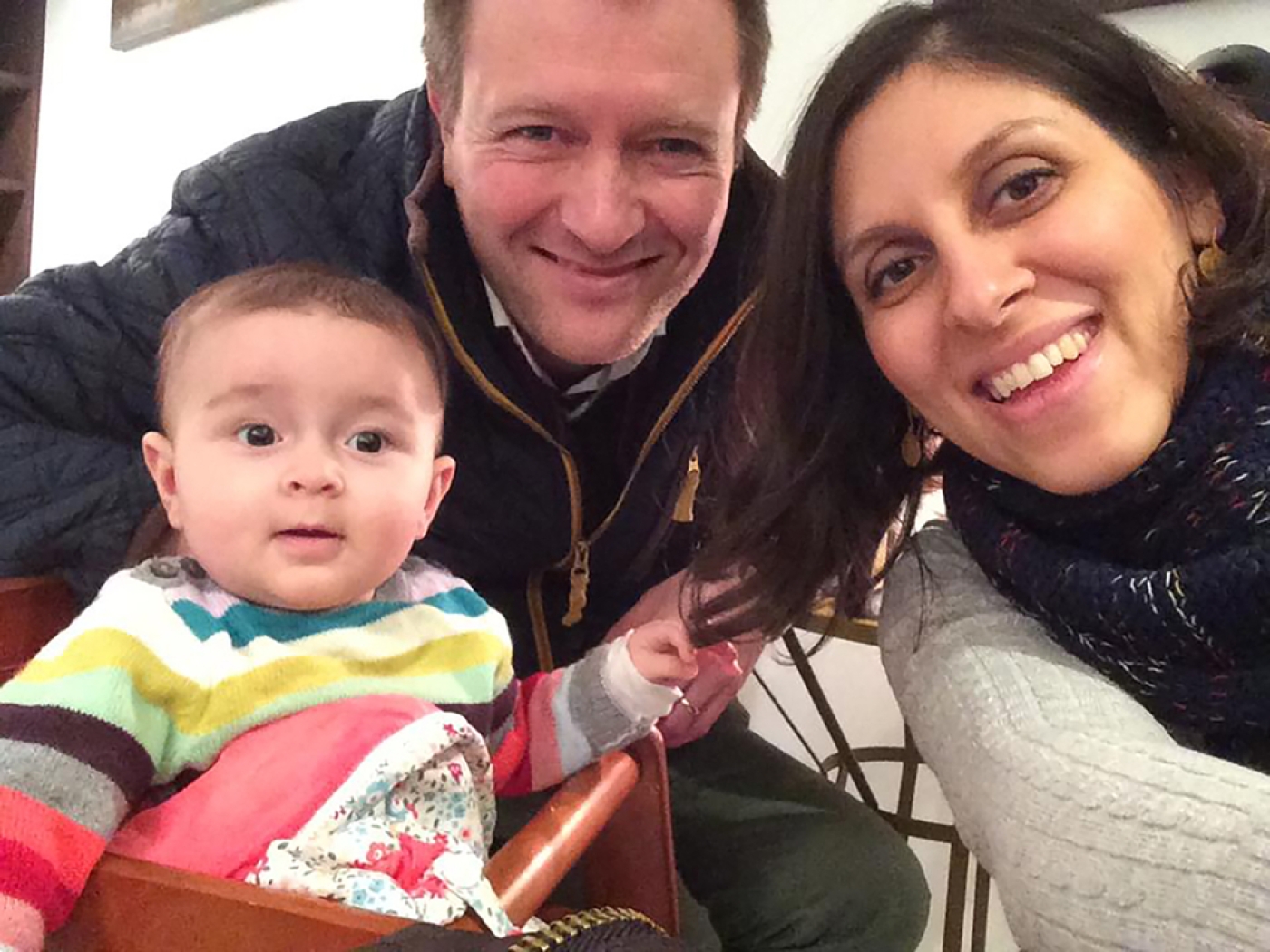 Nazanin Zaghari-Ratcliffe posing for a photograph with her husband Richard and daughter Gabriella (AFP)
By
MEE and agencies
An Iranian-British woman detained in Iran on charges of seeking to overthrow the government was implicated in anti-regime protests in 2009, a justice department official said.
There had previously been scant information about the grounds for the arrest in April of Nazanin Zaghari-Ratcliffe, a 37-year-old employee of the Thomson Reuters Foundation.
But a report from Iran's Mizan news agency late on Friday said she was implicated in mass protests against the re-election of hardline president Mahmoud Ahmadinejad in 2009, a movement dubbed "the sedition" by the authorities.
"In 2014-2015, the intelligence service of the Revolutionary Guards in Kerman province identified and arrested members of one of the groups that during the sedition conducted activities against the security of the country by designing websites and carrying out campaigns in the media," Yadollah Movahed, head of Kerman's justice department, told Mizan.
"Some of the group were outside Iran, including the suspect Nazanin Zaghari," he added.
Zaghari-Ratcliffe was arrested at Tehran airport on 3 April as she prepared to return to Britain with her two-year-old daughter after visiting her family in Iran.
In June, Iran's elite Revolutionary Guards said Zaghari-Ratcliffe was accused of being "involved in the soft overthrow of the Islamic republic through ... her membership in foreign companies and institutions."
Iran does not recognise dual citizenship, and if put on trial she will be considered an Iranian.
According to a Guards statement, Zaghari-Ratcliffe was "identified and arrested after massive intelligence operations" as one of "the heads of foreign-linked hostile networks".
Britain has said it has raised the case "repeatedly and at the highest levels" and will continue to do so at "every available opportunity".
The report follows news last week that another dual-national woman arrested in June was suspected of "feminism and security" offences.
Iranian media said Canadian-Iranian Homa Hoodfar, a 65-year-old Montreal professor, was among the founders of the Women Living Under Muslim Laws (WLUML) group, headquartered in London.
She was "arrested for anti-security activities," state broadcaster IRIB said. Inside Iran
Foiled plot in Iran was to target 50 busy centres with wave of bombings: Minister