Bahrain’s sense of impunity stoked by allies and Iran 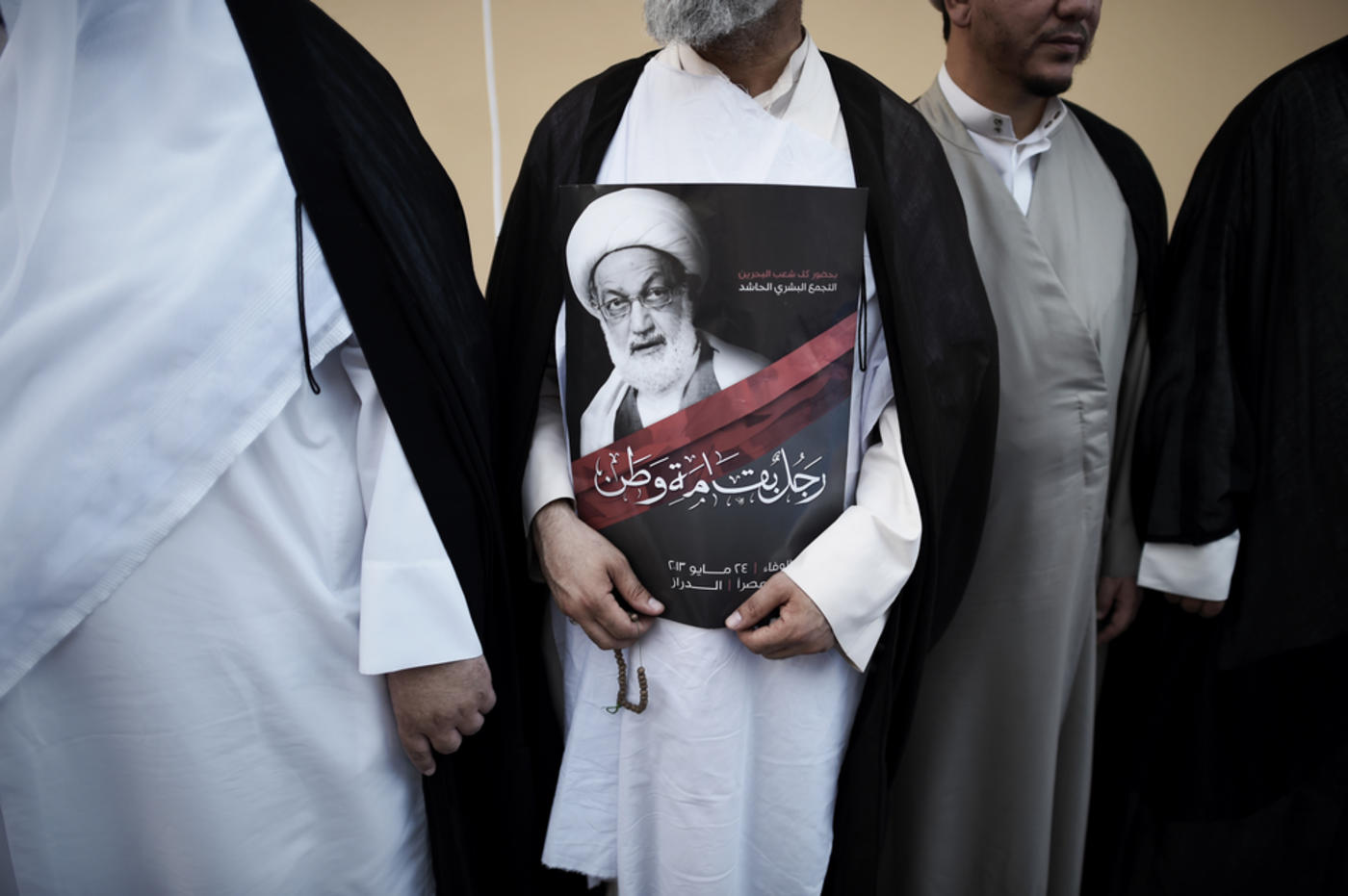 Bahrain, a serial human-rights abuser, has been on a rampage this month. On 21 June, a public prosecutor extended the detention of Nabeel Rajab, described by Reuters as “one of the most prominent rights activists in the Arab world,” for eight days. He faces charges of “spreading false news… in a bid to discredit Bahrain.”

A day earlier, it was announced that the country’s most prominent Shia cleric Sheikh Isa Qassim would be stripped of his citizenship because he had abused his position to “serve foreign interests,” and had “encouraged sectarianism and violence”.

On 14 June, the authorities issued an “expedited” ruling to close the headquarters of Bahrain’s main opposition group Al-Wefaq, seize its funds and suspend its activities. Court proceedings began on 23 June (the same day senior Shia clerics were summoned to a police station for questioning), having been brought forward from October.

On 11 June, prominent human rights activist Zainab al-Khawaja told Middle East Eye that she had been forced into exile after being threatened with re-arrest and indefinite separation from her children.

In three separate reports this month, HRW said Bahrain was “slamming shut the door on political reform, while simultaneously stoking dissent,” and “squeezing the life out of its peaceful opposition movement.” It added that “torture has not stopped in Bahrain, and the institutions that were supposed to address the problem aren’t holding anyone accountable.”

The monarchy behaves with such flagrant disregard for its citizens’ rights because it knows it can get away with it. Sure, the UN called the revocation of Qassim’s citizenship “clearly unjustified” given that “due process was not followed,” and said it was “very concerned at this intensified crackdown on the freedoms of expression and association and the right to a nationality.”

Even Bahrain’s major ally the US said it was “alarmed” and “deeply troubled” by its “practice of withdrawing the nationality of its citizens arbitrarily”. However, Bahrain knows that condemnation will not amount to punitive measures.

HRW says “Bahrain’s allies in Washington and London should be unequivocal and public in their condemnation and make it clear that these provocations will have an impact on military assistance and strategic relations.” However, Washington will not rock the boat because Bahrain hosts the US Fifth Fleet, which is responsible for naval forces in the Gulf, Red Sea, Arabian Sea and parts of the Indian Ocean.

A US State Department report obtained by Reuters on 22 June said Bahrain “continues to charge and prosecute individuals with offenses involving political expression, including some who have not advocated violence.” Nonetheless, it described Bahrain as a “longstanding ally” whose “security and stability is central to US security interests in the Gulf region and beyond.” In other words, it will be business as usual.

Meanwhile, London has been tight-lipped, probably at least in part because, as The Guardian reported on 15 June, Bahrain will be hosting and paying most of the construction costs of a new Royal Navy base that is designed to service all Royal Navy ships in the region.

“With the US focusing more of its attention on the Asia-Pacific region, the UK envisages an enhanced role east of Suez in the Gulf, the Near East and north Africa, and the new base is part of that strategy,” The Guardian reported. As such, Bahrain is buying British silence, if not more. MEE reported that the head of Britain’s armed forces met with high-ranking security officials in Bahrain less than a day after the kingdom revoked Qassim’s citizenship.

Meanwhile, Bahrain has the support of its Gulf Arab neighbours, and knows at least some of them would be willing to send troops to help quell unrest should it reach levels that threaten the monarchy, as they did in 2011.

Amid this sense of impunity, Iran and its Lebanese proxy Hezbollah may have thought that condemning Bahrain’s Sunni monarchy would be in the service of its oppressed Shia majority. However, they are only playing into the monarchy’s hands.

Iran’s powerful Revolutionary Guards on Tuesday warned of an “Islamic revolution” in Bahrain. And in a rare public pronouncement, Qassem Soleimani, head of the Quds Force - the overseas arm of the Revolutionary Guards - said the “aggression” against Qassim was “a red line” that “will leave no option for the people but to resort to armed resistance.” Bahrain’s rulers “will pay the price, and it will have no result but the destruction of this bloodthirsty regime”.

Bahrain’s ongoing crackdown on dissent since the 2011 revolution indeed risks another explosion of public unrest, as people justifiably feel that the reform process is a sham designed to maintain the monarchy’s absolute power. Thousands of Bahrainis have reportedly taken to the streets in support of Qasim and against the monarchy.

However, Soleimani’s threat is unsurprisingly being viewed in the Gulf as at best a threat to arm Bahraini dissidents, and at worst a threat to directly intervene. In years past, this could have been more easily dismissed as knee-jerk political opportunism by blaming Tehran for stoking domestic unrest.

Not so anymore, given Iranian involvement in the conflicts in Syria, Iraq, Yemen and Lebanon, and polls showing Arab public opinion predominantly opposed to Tehran’s expanding regional footprint.

Iran portrays itself as a guardian of Shia interests, and more generally of the region’s downtrodden. However, its own domestic repression and regional muscle-flexing, amid rising sectarianism across the Middle East in which it plays a part, is jeopardising Arab Shia communities by compounding their rivals’ cynical and dangerous portrayals of them as Trojan horses or fifth columns in the service of Tehran. It is akin to the harm done to Jewish communities by Israel claiming to speak and act on their behalf.

In the case of Bahrain, this will enable a stronger crackdown, safe in the knowledge that despite Iran’s threats, Manama’s Gulf and Western allies will not countenance an existential threat to the monarchy. In effect, Tehran is throwing Bahraini Shias a punctured lifeboat. The monarchy’s sense of impunity is being stoked by its allies and rivals alike.

Photo: Bahraini Shia clerics attend a protest against the revocation of the citizenship of top Bahraini Shiite cleric Sheikh Isa Qassim (portrait), on 20 June, 2016 near Qassim's house in the village of Diraz, west of Manama (AFP).