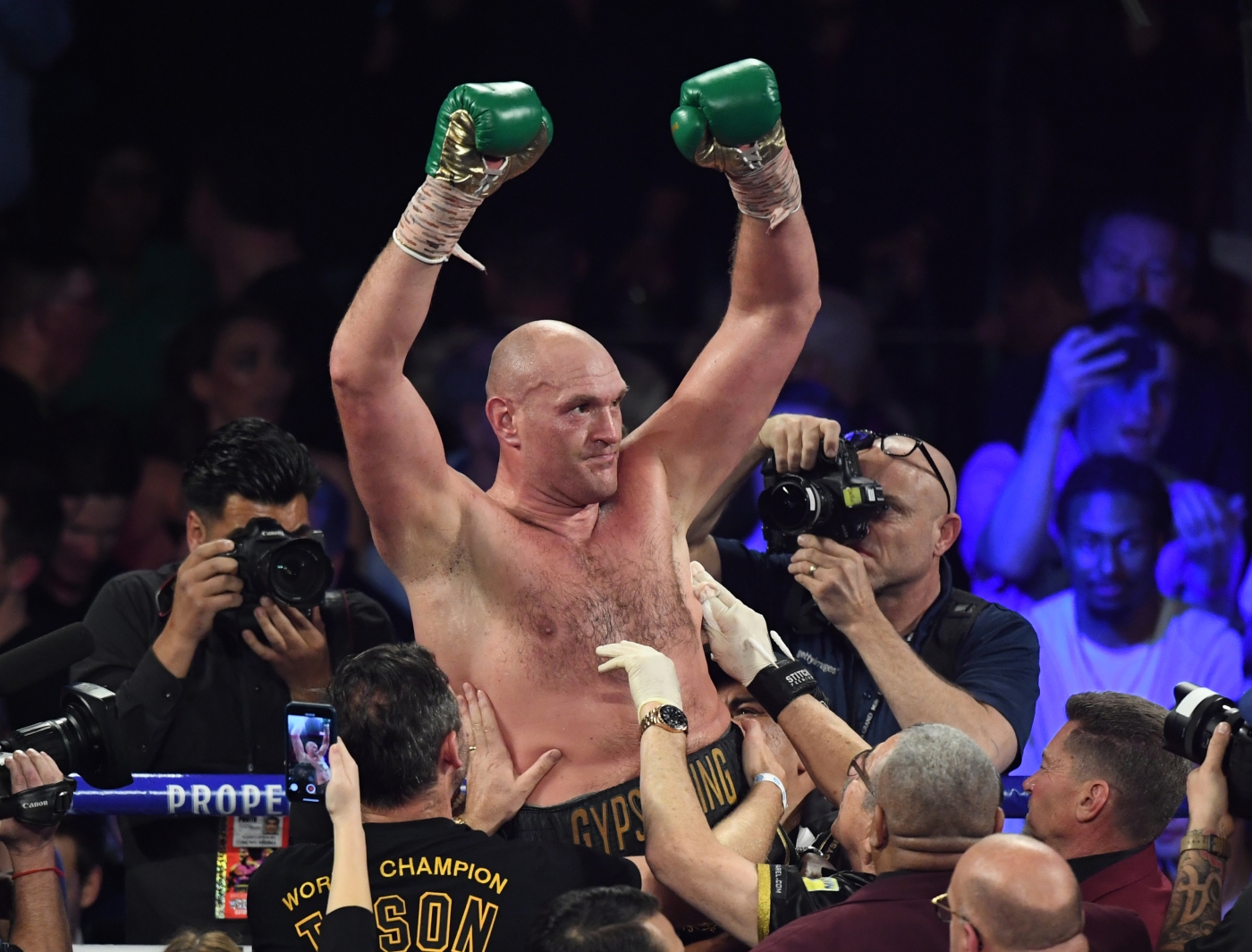 Ireland’s government has contacted the United Arab Emirates (UAE) to question the role of an Irish crime boss in setting up a major heavyweight boxing fight between Anthony Joshua and Tyson Fury.

Daniel Kinahan, who is currently based in Dubai, was thanked by Fury on social media for “getting the biggest fight in British boxing history” over the line.

Kinahan has been named by the High Court in Dublin as a senior figure in an organised crime gang known for trafficking drugs and guns and being involved in feuds with rivals that have claimed dozens of lives.

According to Ireland’s Criminal Assets Bureau, Kinahan “controlled and managed” the gang, and had associations that facilitated criminal activity in Europe, Asia, the Middle East and South America. However, he has no criminal convictions.

It’s official FURY VS JOSUAR AGREED FOR NEXT YEAR, I got to smash @bronzebomber first then I’ll annihilate @anthonyfjoshua #WEARESPARTANS

MASSIVE THANKS TO DANIEL KINNERHAN FOR MAKING THIS HAPPEN.🙏🏻👍🏻 god bless pic.twitter.com/18FfVKfCax

“I was rather taken aback to see Tyson Fury and his video the other day... just dropping in [Kinahan’s name] as if this was not somebody who has quite a chequered history in this state and elsewhere,” Irish Prime Minister Leo Varadkar said in parliament on Thursday.

Varadkhar confirmed that the Department of Foreign Affairs had contacted the UAE over the issue.

Kinahan's involvement in the fight has been a major news story in Ireland, making the front page of several national newspapers, including the Irish Sun. The Irish Daily Star reported on Friday that secret talks were being held between Ireland and the UAE to extradite Kinahan.

Photos emerged on social media showing graffiti near the UAE embassy in Dublin, with one slogan reading “Get cancer out of Dubai”.

Residents of Ballsbridge,one of Dublin’s more wealthy area’s,woke up to this graffiti this morning.The anti-Daniel Kinahan slogans were sprayed on Pembroke Lane which runs behind Dublin’s Dubai Embassy on Pembroke Road..One resident asked me who is Daniel Kinahan!!! pic.twitter.com/A61k8dV6Fa

In May, Kinahan became a special adviser to KHK Sports, an organisation set up by Bahrain's Prince Khalid bin Hamad Al Khalifa to bring lucrative combat sports events to the Gulf state.

“His Highness recognises the importance of sporting events in promoting the Kingdom of Bahrain globally and enhancing the Kingdom’s tourism industry and the economy,” KHK said in a statement. “His Highness appreciates the tremendous value Mr Kinahan will lend to the organisation.”

Bahrain has emerged as a potential venue for the highly anticipated Joshua-Fury fight, with some boxing sources suggesting that the first bout will be held in Bahrain, and the rematch in Saudi Arabia.

Joshua’s most recent heavyweight fight was held in Diriyah, on the outskirts of the Saudi capital Riyadh, in December. He was forced to respond to claims that the event was being used to “sportswash” Saudi Arabia’s human rights abuses, and was also criticised for posting a picture on social media with Crown Prince Mohammed bin Salman.