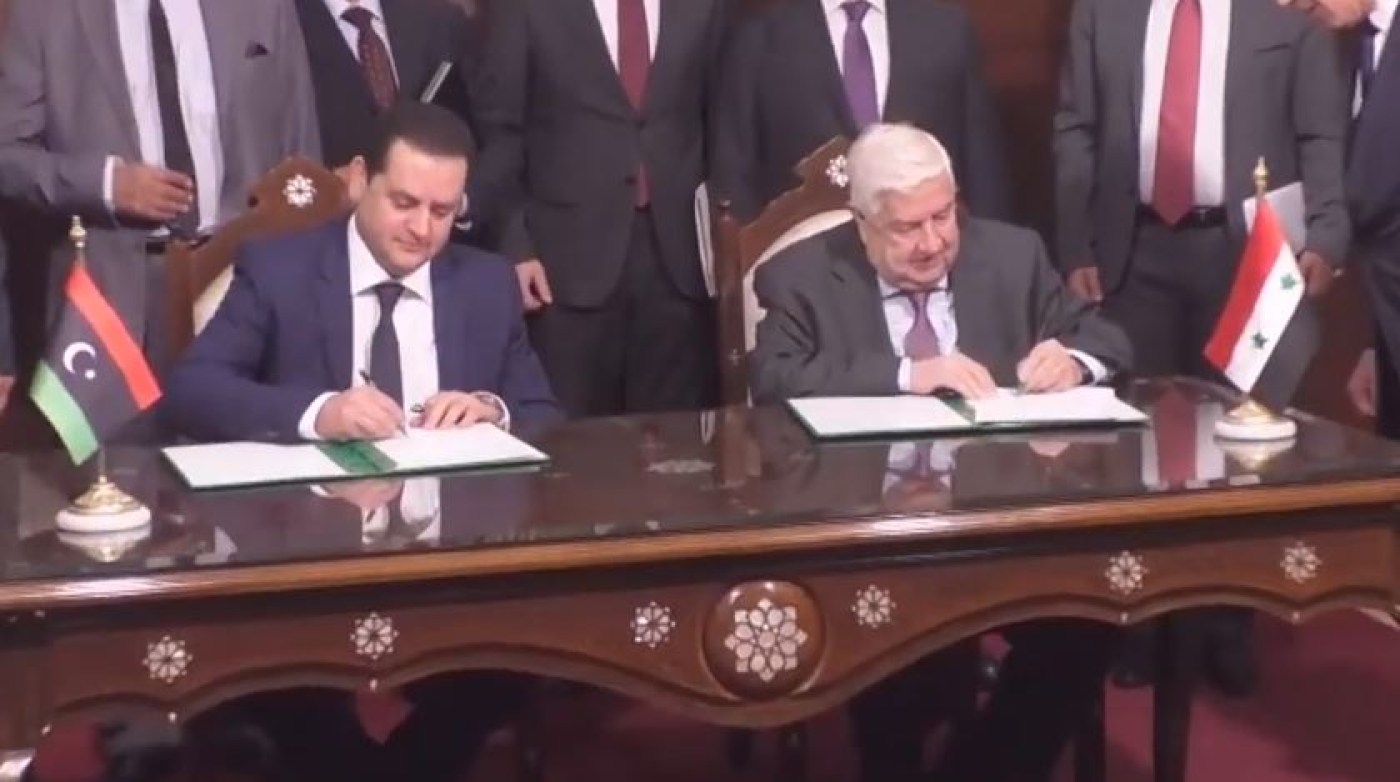 Libya's eastern government will open an embassy in the Syrian capital of Damascus in an effort to confront “Turkish aggression” in both countries, Syria's official SANA news agency reported.

Diplomatic ties between Syria and Libya were cut in 2012 after Nato-backed rebels ousted and killed Libya's longtime autocrat Muammar Gaddafi.

Libya is now divided between two rival governments, one based in the east and supported by Khalifa Haftar's Libyan National Army, the other UN-recognised administration based in Tripoli.

The GNA is backed by Turkey and Qatar, while the eastern government is backed by Saudi Arabia, Russia and the United Arab Emirates.

"A memorandum of understanding was signed... for the reopening of diplomatic and consular missions," SANA reported. The two sides said they will coordinate to "confront Turkish interference and aggression against both countries".

Turkey is currently engaged in military conflicts in both Libya and Syria.

With the LNA currently staging an assault on the Libyan capital, the Tripoli-based Government of National Accord is being propped up with Turkish military support.

Meanwhile in northern Syria, Turkey has staged several military operations, the latest of which is being carried out in northwestern Idlib province.

On Sunday, Erdogan launched a military campaign called “Spring Shield” against pro-Syrian government forces, attempting to counter a months-long Damascus offensive against rebel groups that has displaced around a million people towards the Turkish border.

By setting up diplomatic ties with Syrian President Bashar al-Assad's Damascus, Libya's eastern government follows the United Arab Emirates and Bahrain as the third Arab administration to do so since the outbreak of Syria's war in 2011.

When a crackdown on protests spiralled into civil war, the Arab League and its members all severed ties with Damascus.

In December, Emirati diplomat Abdul Hakim Ibrahim al-Nuaimi praised Assad's government and doubled down on Abu Dhabi's commitment to strengthen relations between the two countries, during a reception at the newly renovated embassy in Damascus.

The Arab League, meanwhile, called in December for Syria to be reinstated, echoing calls made in Egyptian state-run media for several months.