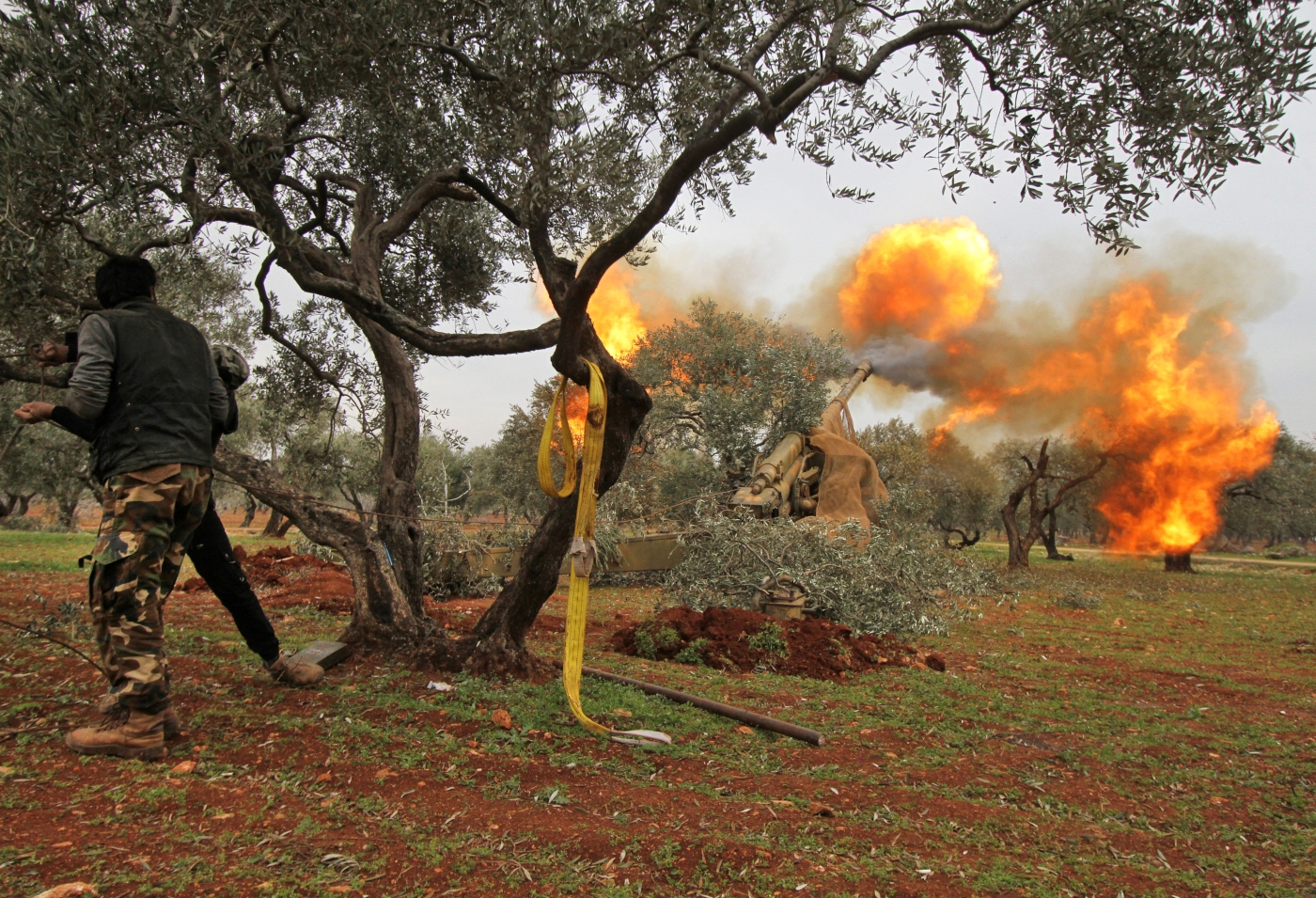 Members of Syria's opposition 'National Liberation Front' fire artillery guns at government forces in village of Talhiyeh in northeastern Idlib province, from another position, 28 February (AFP)
By
MEE and agencies

The situation in Syria’s Idlib region has escalated over the past month, as Turkey increased its involvement in the fight against government forces aiming at recapturing the country’s last major rebel-held bastion in the northwest.

State news agency SANA said Turkish jets attacked two government planes over Idlib but that the pilots got out in parachutes and were fine, without giving further details.

SANA earlier denied a Turkish claim that a government warplane has been shot down in the northwest, adding that the Syrian military has shot three Turkish drones "so far" that have been used extensively to hit army locations and air bases.

The first drone was shot down over Saraqeb, a strategic town retaken by rebels last week.

The army also declared the airspace over northwest Syria closed and threatened to down any aircraft breaching it, according to SANA.

The Russian Defence Ministry said that Moscow could not guarantee the safety of Turkish planes flying in Syria after Damascus said it was closing the air space over the Idlib region, the TASS news agency was cited by Reuters as saying.

On Sunday, Turkish drone strikes in Syria's northwestern Idlib province killed 19 government soldiers, a war monitor reported. The 19 died in strikes on a military convoy in the Jabal al-Zawiya area and a base near Maaret al-Numan city, the Syrian Observatory for Human Rights said.

Turkish forces in the region have been hitting Syrian troops and positions in Idlib in recent weeks, including with drone strikes.

"Syrian military high command announces the closure of the airspace for planes and any drone above northwestern Syria and especially above the Idlib region," state news agency SANA reported a military source as saying.

Rebel commanders also said Kuweires airport, east of Nairab, had been bombed since midnight, according to Reuters.

Turkey, meanwhile, said on Sunday that it was pursuing a military operation dubbed "Spring Shield" in northwest Syria.

"We expect Russia to stop the regime's attacks and to use their influence to ensure the regime withdraws to the borders of the Sochi agreement."

Erdogan last month gave Damascus a one-month deadline to withdraw from areas with Turkish military presence otherwise Ankara would use military force to push the government forces back. Battle for Idlib: On the frontline with the fighters resisting Assad's assault
Read More »

"Our intention is to stop the regime's massacres, and prevent... migration," Akar said.

Turkey has set up 12 military observation points around the province as per a de-escalation agreement with Russia in the area, reached as part of efforts to end the Syrian war that has displaced 13 million Syrians.

Around 3.7 million Syrian refugees are currently residing in Turkey, which has repeatedly stated that it would not tolerate a further influx of Syrians to the country.

Turkish officials said on Thursday that Syrian refugees would be allowed free passage to Europe, and then began busing them from Istanbul to the Turkish-Greek borders.

Greek authorities said they have prevented thousands of refugees from entering the country, with the police on Saturday firing tear gas towards people who had gathered on the border with Turkey demanding entry.

On Sunday, Greece placed its borders on maximum security.

At least 500 people arrived by sea on three Greek islands close to the Turkish coast within a few hours on Sunday morning, police said.

Turkey’s borders to Europe were closed to migrants and refugees under a 2016 agreement in which the EU agreed to provide billions in aid. But Erdogan complained that funds were arriving too slowly. 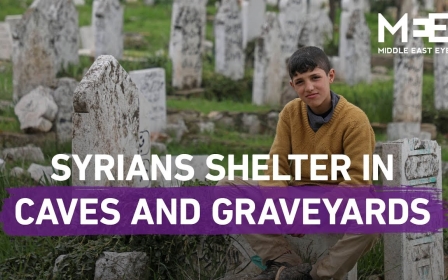