Alaa Abdelfattah was allowed to join his family for iftar on Sunday, but remains under probation 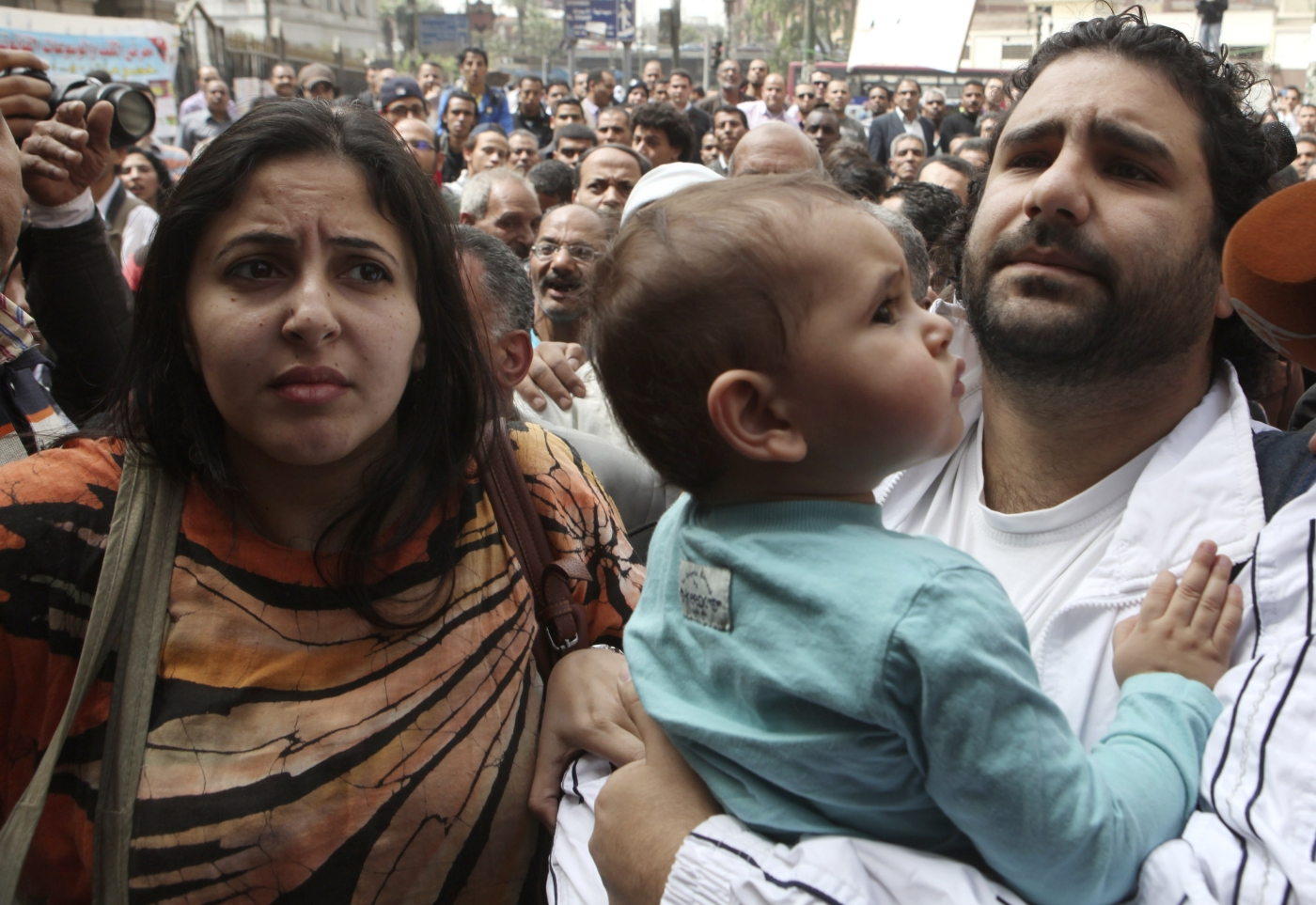 Alaa Abdelfattah, his wife, Manal Hassan, and his child in Cairo in 2013 (Reuters)
By
MEE staff

Egyptian activist Alaa Abdelfattah has finally joined his family for the Ramadan evening meal of iftar in what he celebrated as a “little victory” on Sunday.

Authorities have adjusted his "probation" detention hours to start from 7.30pm instead of 6pm, his family announced on social media.

The outspoken activist and software developer was released from Tora prison in March after five years of detention on charges of violating the protest law.

Abdelfattah is currently serving five more years of parole and is required by law to spend the night (from 6pm to 6am) at a police station.

Last week, Alaa’s sister, Mona Seif, suggested in one of her tweets that her brother had been singled out during Ramadan as other police stations had adjusted hours for prisoners on probation for the evening meal.

She said the Dokki police station where her brother is serving probation is the only one that had maintained the same detention hours.

On Sunday, when a police station representative informed the family that Abdelfattah’s hours had changed, he welcomed the decision as a “little victory”.

Translation: “We only have the little victories.”

The probation practice, designed to deter potential criminal behaviour after release and regulated by Law 99/1945, has been denounced by rights groups and activists as a “cruel” and “politically motivated” punishment.

'While it is great to hear that Alaa will be able to have iftar with his family, it is important to note that the use of probation against him is an extremely cruel politically motivated punishment for his brave activism'

“Law 99/1945 is quite repressive, and security forces chose to implement it in the most cruel and excessive manner that has effectively turned probation into detention for half a day,” said Hussein Bayoumi, Egypt researcher at Amnesty International.

Egyptian activists and human rights defenders have described probation as “half-day prison”, and many of those enduring probation punishment like Abdelfattah have taken to social media to tell the world about their struggles.

Abdelfattah has complained that the system deprives him of the right to work and gain knowledge.

He submitted a complaint to the state’s official human rights body, the National Council for Human Rights, decrying the detention conditions as “unhealthy” and “unsafe”.

Political prisoners have complained that the practice has been used unjustly against them.

“While it is great to hear that Alaa will be able to have iftar with his family, it is important to note that the use of probation against him is an extremely cruel politically motivated punishment for his brave activism,” Bayoumi told Middle East Eye.

“Egyptian authorities should immediately end the probation measure against Alaa. In fact they should not have imprisoned him in the first place.” 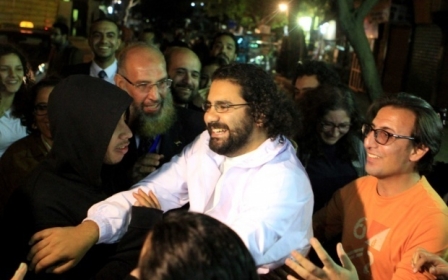