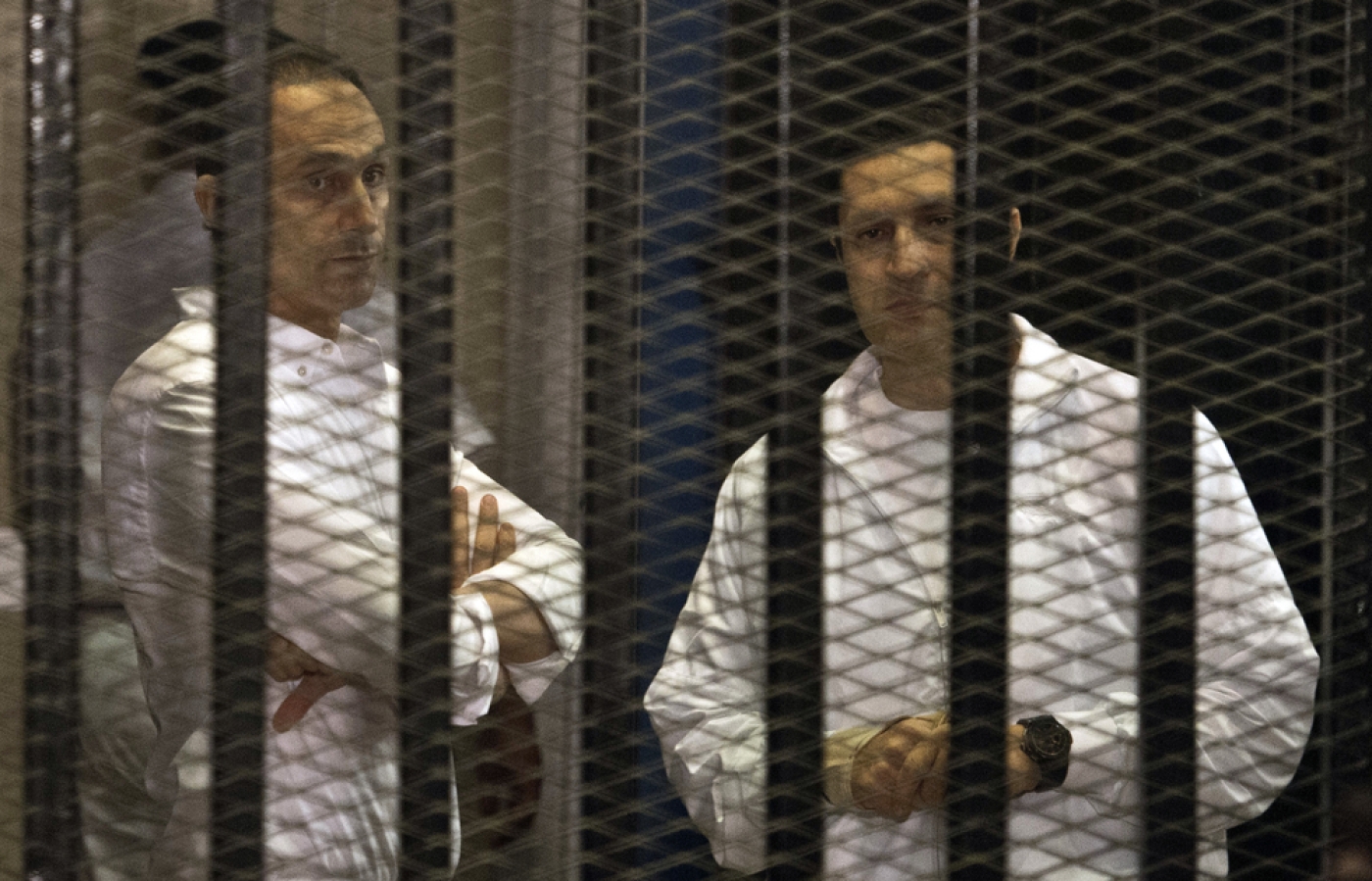 The sons of ousted Egyptian president Hosni Mubarak, Alaa (R) and Gamal are seen behind the defendants' cage during their retrial at the Police Academy in Cairo on 8 June 2013 (AFP)
By
MEE and agencies

An Egyptian court Monday ordered the release of ousted president Hosni Mubarak's two sons who were sentenced to three years in jail for corruption, a judicial official and their lawyer said.

The court ordered Alaa and Gamal Mubarak to be released after having taken into account the time they served since their arrest in 2011, the judicial official and defence lawyer Farid al-Deeb said.

Meanwhile, an Egyptian court has overturned a six-month jail term handed down earlier against the wife of Muslim Brotherhood leader Mohamed al-Beltagi, a judicial source has said.

In March, Sanaa Abdel-Gawwad and her son, Anas, were both sentenced to six-month jail terms for allegedly assaulting a prison guard.

One month later, an appeals court overturned the latter’s jail sentence. Abdel-Gawwad’s appeal against her own sentence, however, was rejected by the court.

But on Sunday, an appeals court overturned her jail term, the judicial source told Anadolu Agency.

Mohamed al-Beltagi was arrested in mid-2013 following the violent dispersal of two Cairo sit-ins held in support of Mohamed Morsi, Egypt’s first democratically elected president - and a Muslim Brotherhood leader - who was ousted by the military after serving only one year in office.

Beltagi’s daughter, Asmaa, was killed during the sit-in dispersal, during hundreds of pro-Morsi protesters died.

His son, Anas, was slapped with a five-year jail term last week for arms possession, and his youngest son, Khaled, was also detained by Egyptian security forces last month.

The senior Beltagi, for his part, has had three separate death sentences handed down to him for allegedly committing acts of violence and conspiring with Palestinian resistance group Hamas and Lebanon's Hezbollah with a view to carrying out "terrorist acts" in Egypt.

Since mid-2013, when Morsi was ousted in a military coup, the Brotherhood has remained the target of a harsh crackdown by the Egyptian authorities.

The crackdown, which remains ongoing, has seen hundreds of Brotherhood members killed and tens of thousands thrown behind bars.