No suspects have been identified in case of slain Italian student who was tortured and killed four years ago, Egyptian prosecutor says 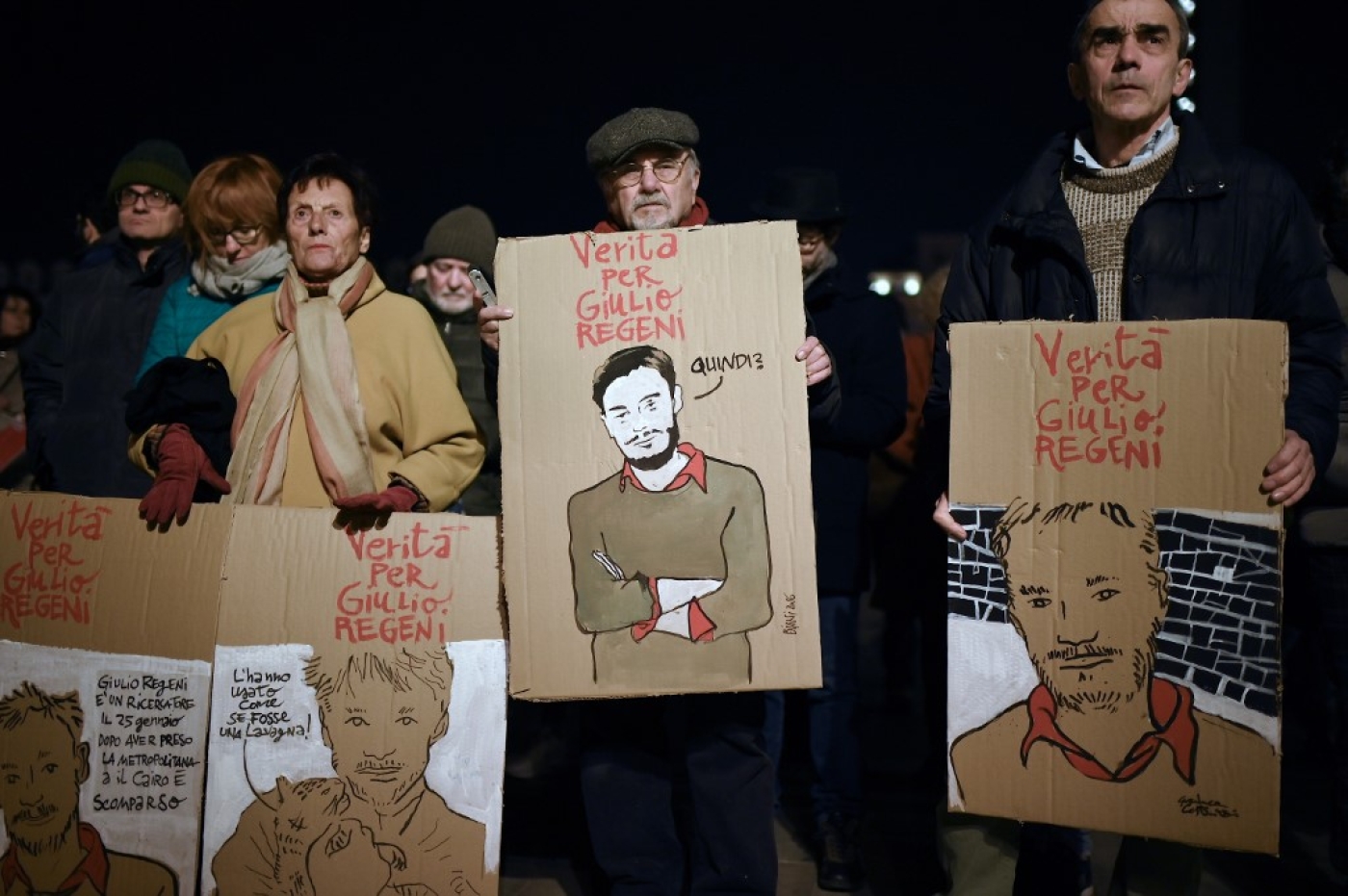 Egypt's public prosecutor is temporarily closing the file on the murder case of Giulio Regeni, an Italian student who was killed in Cairo four years ago.

In a statement on Monday, the prosecutor's office said authorities had failed to identify a suspect in the murder case. Regeni, a 28-year-old doctoral researcher at Cambridge University, disappeared in Cairo in January 2016 and his body was later discovered in February by the Cairo-Alexandria highway.

Regeni's body showed extensive marks of torture and the Egyptian security services have been suspected in the killing due to Regeni's research into trade union organising.

Regeni's family called Egypt's announcement the "umpteenth slap in the face" from authorities, appealing for Italy to recall its ambassador to Egypt, a step that Rome took in the aftermath of the killing. It has since reinstalled an envoy in Cairo.

"Today the Egyptian prosecutors have the effrontery to raise 'reservations' about the work of our magistrates and investigators and to consider the evidence they have gathered as insufficient," the family said in a statement, as quoted by Reuters.

Investigative authorities in Egypt plan to continue the search for his killer, according to a statement that the prosecutor said was made jointly with Italian authorities, Reuters reported.

Last week, however, it was reported that Egyptian security officials are likely to face trial in Italy, as the country's investigation is expected to conclude on 4 December.

"It is very probable that Sharif will go to trial," the source said at the time. Due to the Egyptian government's repeated obstructions and denials that its officials were behind the murder, the officials will likely be tried in absentia.

The Italian investigators have used witness accounts and phone records provided by the Egyptian government to link Regeni's killing to the officials.

"Other evidence gathered which has not yet been revealed will come out at trial," the source told the UK daily.

The trial will likely reveal more details about Regeni's horrific death, with his body so badly mutilated by torture that his mother could only identify her son by the tip of his nose.

He had sustained a broken neck, wrist, toes, fingers and teeth before his death, while initials were carved into his badly burned and bruised skin.

The last act of mutilation is said to be a "calling card" of the Egyptian security services, according to The Times.

Cairo claims that he was murdered by a "criminal gang", a theory rejected as ludicrous by Italian investigators.

Also on Monday, Waled Youssef, an Australian-Egyptian citizen, was released after a ten-month imprisonment for liking a Facebook post of a former presidential candidate.

He had been held in the notorious Tora prison in Cairo after being arrested while on holiday with his family. Many of those detained include government critics and civil society workers who have been increasingly targeted since a controversial NGO law was ratified by President Abdel Fattah el-Sisi in 2017. The law was criticised by civil society activists as "the worst in history". EIPR has been among the targets of the Sisi government's crackdown on rights organisations.

In 2016, its founder Hossam Bahgat was banned from travel and had his financial assets frozen over his work. In February, Patrick George Zaky, a researcher for EIPR, was detained, tortured and later faced charges of "calling for protests without permission", "spreading false news" and "inciting violence and terrorism".

Sisi has largely avoided US government criticism over Egypt's appalling human rights record under President Donald Trump. But Antony Blinken, Biden's incoming secretary of state, responded to the arrests last week, tweeting: "Meeting with foreign diplomats is not a crime. Nor is peacefully advocating for human rights."