Many want to protect their saving by hoarding gold, but that has led to an exponential rise in the price of the metal, making it off-limits for other consumers 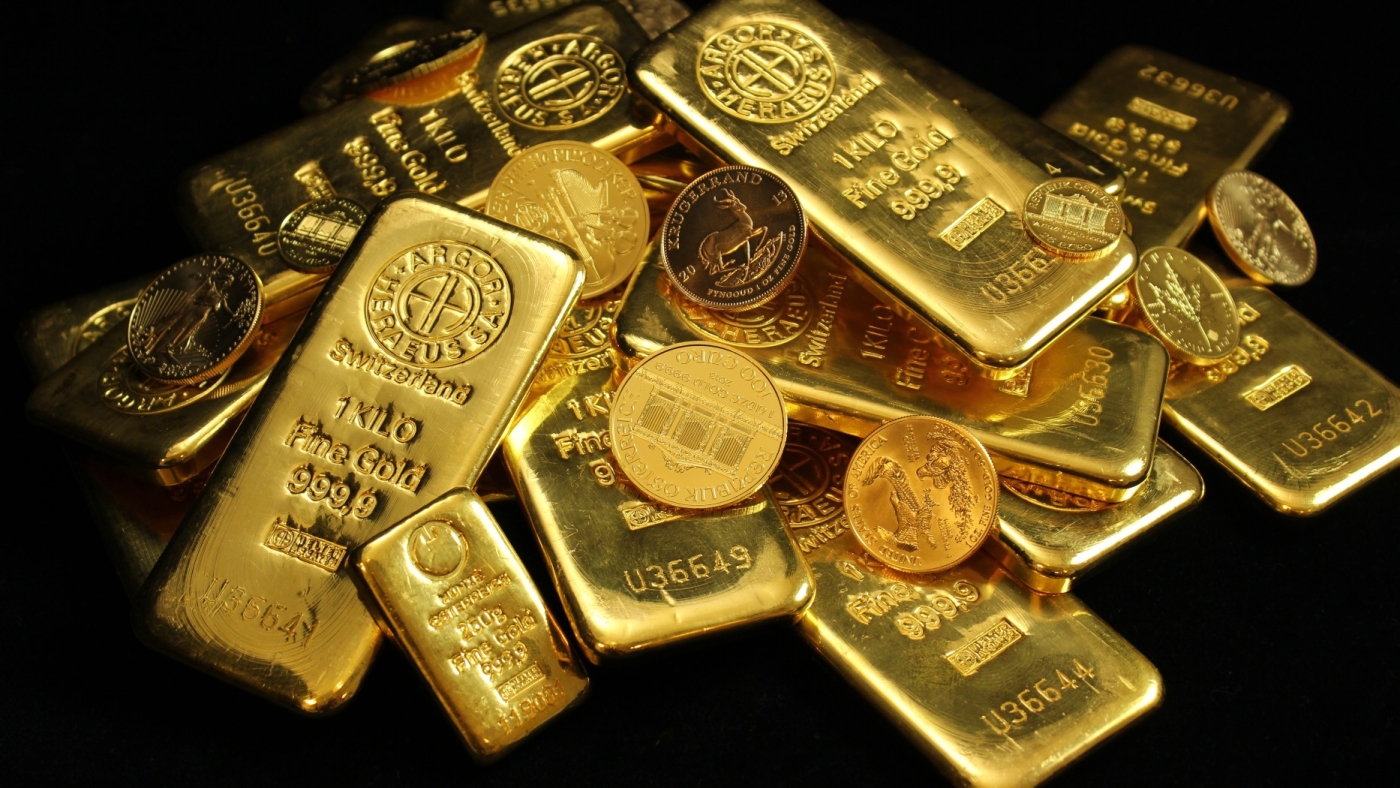 The knock-on effect of the Russia-Ukraine war has already led to a rise in the prices of gold and other commodities in Egypt (Pexels.com)
By
MEE correspondent
in
Cairo

Egyptians are hoarding as much gold as they can, trying to protect their savings, as their national currency continues to lose value against foreign currencies.

The stampede for gold has raised its price in the local market sharply, enticing specialists to warn against what might turn into a gold price bubble.

Gold is now priced in relation to the exchange rate of the US dollar in the parallel, not in the official, market, independent economist, Mamdouh al-Wali, told Middle East Eye. "Speculation is very high, raising uncertainties about the price of this metal and other commodities in the future," he said.

'Speculation is very high, raising uncertainties about the price of this metal and other commodities in the future'

A US dollar sells for over 28 pounds in the parallel market, while the banks set the price of one dollar at 24.50 pounds.

The Egyptian pound has been losing value against foreign currencies, especially the US dollar, since the beginning of the war in Ukraine in February.

The decline in the value of the Egyptian national currency is mainly driven by pressures exerted on it by the consequences of the war in a country heavily dependent on food imports, especially from the two countries involved in the war.

The war-driven rise in the prices of grains, cereals and legumes in the international market created more demand for US dollars in Egypt which now needs to pay more for its food imports.

The most populace country in the Middle East and North Africa, Egypt imports most of the wheat, maize and cooking oils its people consume, with national production of these items covering less than 50 percent of national consumption. 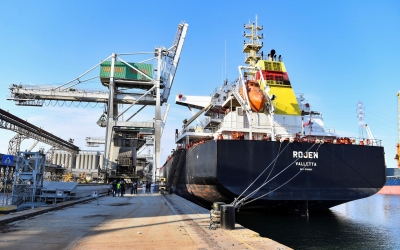 The demand for foreign currencies to cover the growing cost of imports has also compounded the flight of billions of dollars in foreign assets from Egypt, especially against the backdrop of interest rate hikes in other countries, particularly the US.

To cope with these developments, Egypt, which follows a managed exchange rate regime, had to devalue its national currency twice this year, once in March and then in October.

The currency devaluation is supported by the IMF which expects the move to unwind external imbalances, boost Egypt’s competitiveness, and attract foreign direct investment.

However, the same move has caused the pound to lose close to 50 percent of its value against all foreign currencies, especially the greenback, the main import and export currency.

"These devaluations have caused more harm to the national currency than good, including by driving commodity prices up dramatically," Abdel Nabi Abdel Mutaleb, a former senior advisor to the Egyptian minister of trade and industry, told MEE. "This caused untold suffering to tens of millions of consumers."

Moneyed Egyptians, including those with meagre savings, keep staring as the Egyptian pound is dwarfed in value by foreign currencies.

This decline of the local currency translates into higher prices across the board, from the most basic needs, such as foodstuffs and medicines, to most luxury items, such as automobiles and gold jewellery.

The forecast for the exchange rate of the Egyptian pound against foreign currencies is far from promising, amid expectations that the CBE might resort to an additional devaluation of the pound in the coming weeks.

This is also translating into fears among Egyptians with deposits small and large from the loss of their savings.

The same Egyptians hurry to turn the banknotes in their hands, at home and in their bank accounts, into safer assets, such as real estate, automobiles and gold.

Computer engineer Mohamed Fouad used to have around 120,000 Egyptian pounds (roughly $4,897) in his bank account. He withdrew the money a few weeks ago and bought gold jewellery instead.

"I found this to be the only way for me to protect my savings while the pound keeps losing value and gold keeps increasing in price," Fouad told MEE.

To prevent the Egyptian pound from losing additional value to foreign currencies, Egyptian authorities have set limits to the import of goods, changing import regulations.

One of the measures taken in this regard was for importers to carry out import operations through local banks, instead of directly with international suppliers. 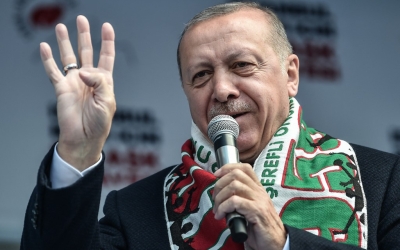 The regulations aimed at putting demand for foreign currencies within tolerable limits and reducing the import of what the Egyptian government views as luxury items.

As a measure, the import cap added to repeated interest rate hikes by the Central Bank of Egypt (CBE).

Local banks also introduced saving certificates with high interest rates to convince members of the public to invest in the local currency and willingly get rid of the US dollars they have at hand.

These saving schemes attracted hundreds of billions of pounds. Nevertheless, they failed in bringing additional foreign currency revenues to the banks or reining in rising inflation.

"The CBE cannot solely bring the inflation down or increase foreign currency revenues," al-Wali said. "Production requirements are nowhere to be found, the exports are slowing down and remittances from Egyptian workers in other countries have been strongly affected by the international economic crisis."

The negative effects of the Ukraine war on the Egyptian economy, including on the local tourism sector, have sent the government scrambling for international support, including from oil-rich Gulf countries which are launching into a bout of Egyptian asset-buying.

Arab sovereign wealth funds are buying Egyptian state-owned companies in all fields, including in some of the most important sectors of the economy.

Egypt has, meanwhile, requested loans from several international financial agencies, such as the International Monetary Fund ,which has agreed to offer Egypt $9bn to support the Arab country's reforms and economic policies.

The first tranche of the loan, about $750m, is expected to arrive in Egypt this month, amid speculation about its effects on propping up the national currency and meeting part of the demand for US dollars, including for the purchase of basic needs, such as food.

The lack of US dollars in the local banks has also sent local importers clambering for dollars outside the banking system, fanning the foreign currency black market and creating two exchange rates for the local currency at one and the same time.

The same rush towards the purchase of gold is pushing the prices of the metal off limits, causing suffering to some Egyptians and gains to others.

Since Fouad turned his savings into gold, the price of the metal increased by almost 20 percent.

This is good news for him, but also bad news for other Egyptians, especially those preparing to get married, with gold gifts being basic requirements of engagement and marriage in Egypt. 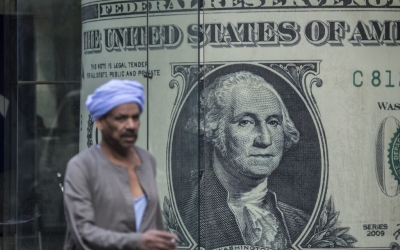 Jewellers report a sharp rise in demand for gold, attributing the rise in the price to this growing demand.

This demand is coupled with the suspension of gold imports against the background of the foreign currency crisis, Ehab Wasif, the head of the gold division at the Egyptian Federation of Industries, the union of the nation's manufacturers, told MEE. "The current prices are far higher than the real value of gold."

However, the rush for gold is not without risks.

A member of the gold section referred a few days ago to what he described as "abuse" in the gold market.

Gold division member Saeed Embabi said there is speculation in the market with the aim of raising the price of gold.

This is why economists like Abdel Mutaleb advise consumers against the purchase of gold at present.

"It is better for people with savings to avoid buying gold now until the current high price wave comes to an end," Abdel Mutaleb said. "There is a lack of clarity on gold pricing policies in the local market, while traders show no abidance by the official exchange rate of the US dollar." 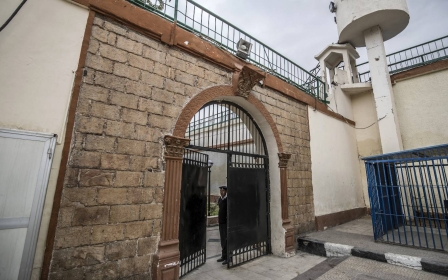 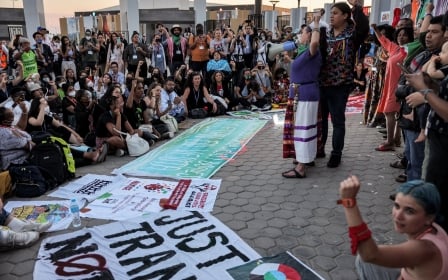 Cop27
Cop27: What happened in Egypt and what was decided? 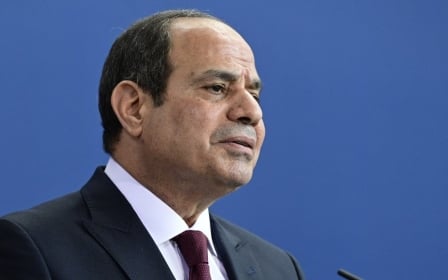