Egypt: How the Trump-Sisi alliance is fuelling repression 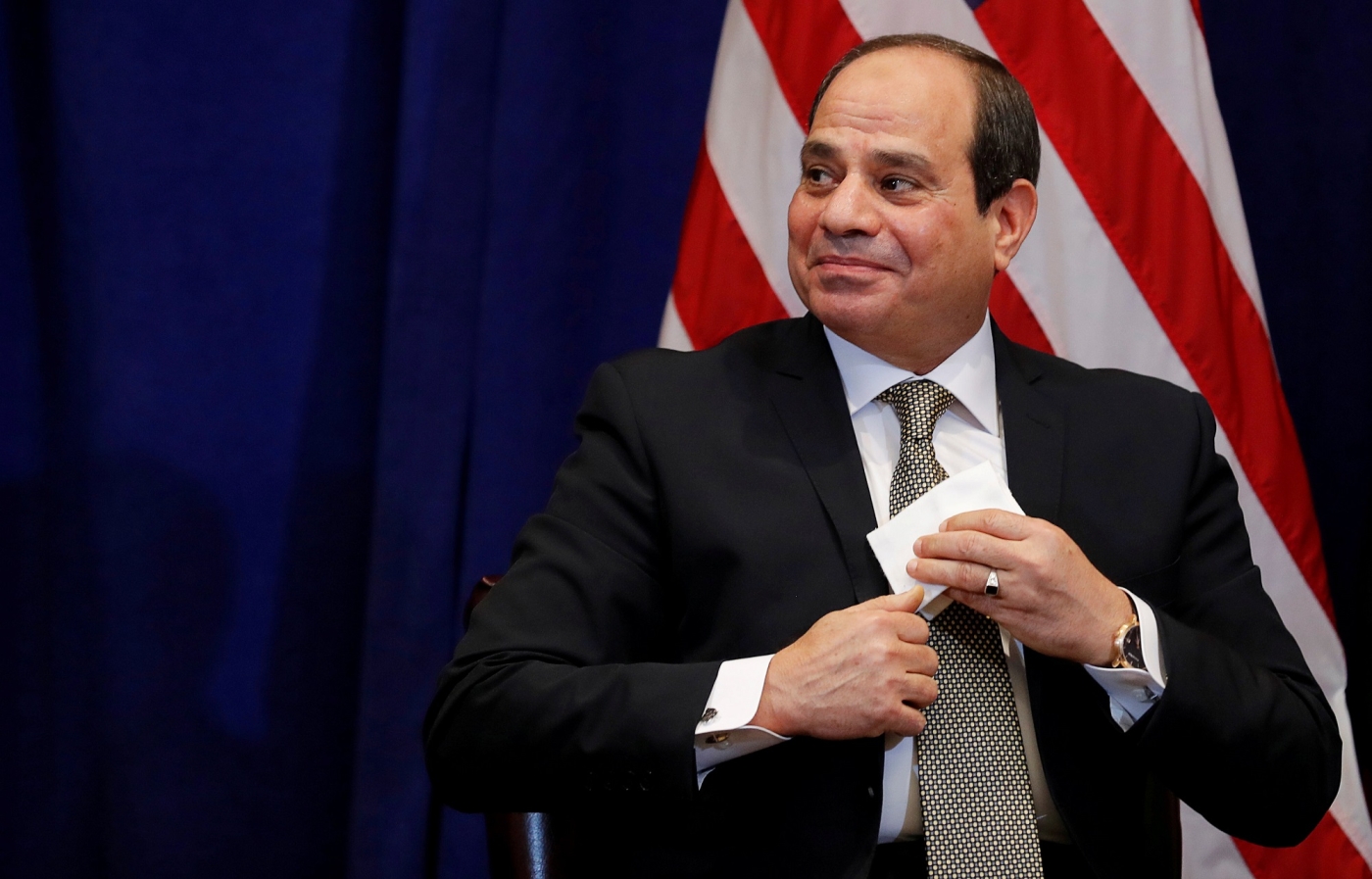 Under the leadership of Abdel Fattah el-Sisi, Egypt has reached an unprecedented level of oppression, widely documented by activists and human rights groups.

And things are expected to get even worse, experts say, as the country's rapid transition into a brutal, police state - following its historic 2011 uprising - continues to be fuelled by the administration of Donald Trump, and the US president's fondness for strongmen like Sisi.

"They were celebrated as 'generation protest'. That was 2011," Dalia Fahmy, a political science professor at Long Island University, said of the Arab Spring demonstrators in Egypt.

"Today, eight years later, what we have seen is that 'generation protest' is now being called 'generation jail' by Amnesty International."

This transformation has happened with the silence, if not endorsement, of the man known as "the Leader of the Free World" - the US president.

"I actually don't think Trump is turning a blind eye; I think what Trump is doing is actually supporting it," said Fahmy, of Cairo's crackdown on political freedoms.

Sisi will meet Trump in Washington on Tuesday, as the Egyptian leader pushes for drastic legal changes that would enshrine military rule into the country's constitution.

The Egyptian parliament has approved 15 constitutional amendments that would strengthen the military's grip on power and open the door for President Abdel Fattah el-Sisi to stay in power until 2034.

The overwhelming majority of lawmakers approved the proposed changes in February, moving them to a legislative committee which was tasked with submitting a final draft to Sisi within 60 days.

After the president agrees to the amendments, he has one month to call a popular referendum to certify them into law.

The most controversial of the proposed amendments would extend the president's term from four to six years.

While the proposal still limits presidents to two terms in office, a "transitional clause" allows the "current president" to run for two six-year terms after the end of his current mandate in 2022.

That effectively enables 64-year-old Sisi, who became president in 2014, to remain in power until age 79.

The changes would also expand the president’s powers, granting him oversight of the judiciary - a scheme rejected by human rights advocates as a blatant violation of the separation of powers.

One amendment calls for establishing a "supreme council for judicial committees" that would be headed by the president, while other proposed changes give the president the authority to appoint the public prosecutor and the chief of the Supreme Constitutional Court.

The amendments would also codify the role of the army in the state, calling the military the protector "of the constitution, democratic principles and civil state".

While the description is vague, critics say they fear that provision will allow the army broad overreach.

They pointed to a recent episode in which the military forcefully interfered in politics under the guise that it was protecting democracy; in 2013, the Egyptian army toppled Egypt's democratically elected president, Mohamed Morsi, after large protests against his rule.

Sisi, who was defence minister and the top general at the time, led the coup before assuming power and ascending to the presidency.

Another proposed amendment allows the Supreme Council of the Armed Forces, an influential body of top army generals, to approve the appointment of the defence minister.

Other changes encourage inclusion and diversity in politics, including a proposal for a 25 percent quota for women in parliament.

If this upcoming meeting is anything like the previous encounters between the two presidents, human rights will not be a topic of discussion.

The relationship between Sisi and Trump appears to be one of mutual admiration.

When the two leaders met in New York last year, the US president congratulated Sisi for doing an "outstanding job". And at a summit in Riyadh in 2017, Trump complimented his Egyptian counterpart's shoes.

Beyond that personal rapport, Washington hasn't put any major pre-conditions on the $1.3bn in military aid it sends to Egypt every year, Fahmy said - least of all a pledge from Cairo to respect human rights or democratic principles.

In short, the US is sending a clear message to Egyptians, Fahmy said: "We're going to choose the so-called stability that comes with a repressive regime, rather than allow you or support you in this game of democracy, which is for us unstable and not in our best interests."

As a result, Egyptians who have struggled - and continue to fight - for freedom feel abandoned, while the government is emboldened, she said.

"[Sisi is] in a place now where he feels safer because of our current US administration," said Kurze, whose academic work focuses on post-Arab Spring societies.

He said Sisi, emboldened by Trump, is crushing all forms of opposition and strengthening his hold on the state, as evidenced by the proposed constitutional amendments, which would allow him to stay in power until 2034.

Over the past two years, Trump has repeatedly lauded Sisi, particularly for the Egyptian army's efforts to combat Islamic State group (IS) militants in Sinai.

He's also provided cover for the Egyptian leader at times when Sisi has been under pressure, either from rights groups or journalists, to account for his government's crackdown on activists and perceived dissidents.

In early 2019, just hours before CBS News aired a damning 60 Minutes interview in which an unsuspecting Sisi was pressed on his government's widescale use of politically motivated arrests, Trump tweeted that Sisi was moving his country towards a "more inclusive future".

And Trump isn't the only US leader to show unequivocal support for Sisi and his government.

Last year, Vice President Mike Pence visited Cairo, where he praised Sisi's "leadership", crediting the Egyptian leader and Trump for improving relations between the two countries. "We believe the ties between Egypt and the United States have never been stronger," Pence said at the time.

Then, when US Secretary of State Mike Pompeo delivered a major speech on US policy in the region from the Egyptian capital in January, he made no mention at all of human rights.

"That clearly signals to Sisi that, 'Hey, what I'm doing is not so bad,'" Kurze told MEE.

But Washington's support for Egypt is certainly not new, nor was it born out of the ascension to power of Trump, Sisi or both.

The strategic alliance dates back to 1979 when Egypt and Israel signed a peace treaty brokered by then-US President Jimmy Carter. But since then, successive American administrations have at least paid lip service to human rights in their dealings with Cairo.

When Barack Obama delivered his own policy speech in the Egyptian capital in 2009, he stressed freedom of speech, transparency in government and the rule of law, not only as American values, but as human rights sought by people across the world.

And that arguably has pushed the two allies closer than ever before.

"The irony, of course, is that while President Sisi's autocratic tendencies may be well-liked by President Trump, they're actually not making Egypt a very effective or reliable US partner," Margon said.

Fahmy, the political science professor, also stressed that Sisi's authoritarianism stands against US interests in the region.

"President Sisi, with all the military aid, ... has yet to defeat 1,200 ISIS fighters in Sinai," Fahmy said, using another acronym for IS. "So he's failing miserably… In terms of the war on terror, he's not a good ally. He's not able to accomplish much."

She said the militants' campaign has intensified over the past few years, as they have moved from attacking security forces to targeting tourists and houses of worship.

A group of US Senators sent a letter to Pompeo on Monday expressing concern on Egypt's detainment of American citizens, its crackdown on human rights and its relationship with Russia as Sisi visits the United States later in April.

Democratic and Republican lawmakers said in their letter that "it is simply unacceptable for a foreign government to unjustly detain American citizens and deny them fundamental legal and political rights".

Moreover, activists have warned that Egypt's jails, which house thousands of political prisoners alongside the militants, may turn into a recruitment tool for IS.

But the most draconian example of "how bad things have gotten in Egypt", Margon said, is the government's proposed constitutional amendments.

In fact, many observers are not surprised that Sisi's visit to Washington this week comes as the Egyptian president is set to pass those amendments and put them up for a popular referendum.

A strong showing alongside Trump would go a long way to cement Sisi's hold on the presidency - and help push through these major constitutional changes, which will affect Egypt for decades to come.

The Egyptian parliament approved the amendments in February, which among other provisions would allow Sisi to remain in office until 2034 and explicitly describes the military as the guardian of democracy.

A popular referendum to approve the measures will likely take place in the coming months.

Margon called the proposed changes "incredibly worrisome", saying they would put Egypt under de-facto military dictatorship and "drastically change" the meaning of the rule of law.

The changes would also further minimise the independence of the judiciary and expand executive powers, which are already being abused regularly, Margon said. "It's a whole systematic shift to change Egypt's way of governing," she told MEE.

Joe Macaron, a fellow at the Arab Center Washington DC, said despite growing opposition to the amendments in Egypt, Sisi is betting on Trump's support to push them through.

"From day one, the Trump administration made it clear it does not consider human rights a priority and that was reflected in policy-making, discretionary spending and an embrace of despots," Macaron told MEE in an email.

"This transactional approach encouraged dictators around the world to believe there will be impunity for going after their citizens as long as they are pleasing and serving the interests of the current US president." 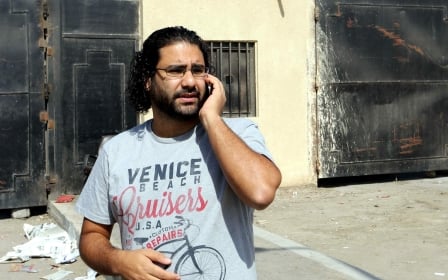