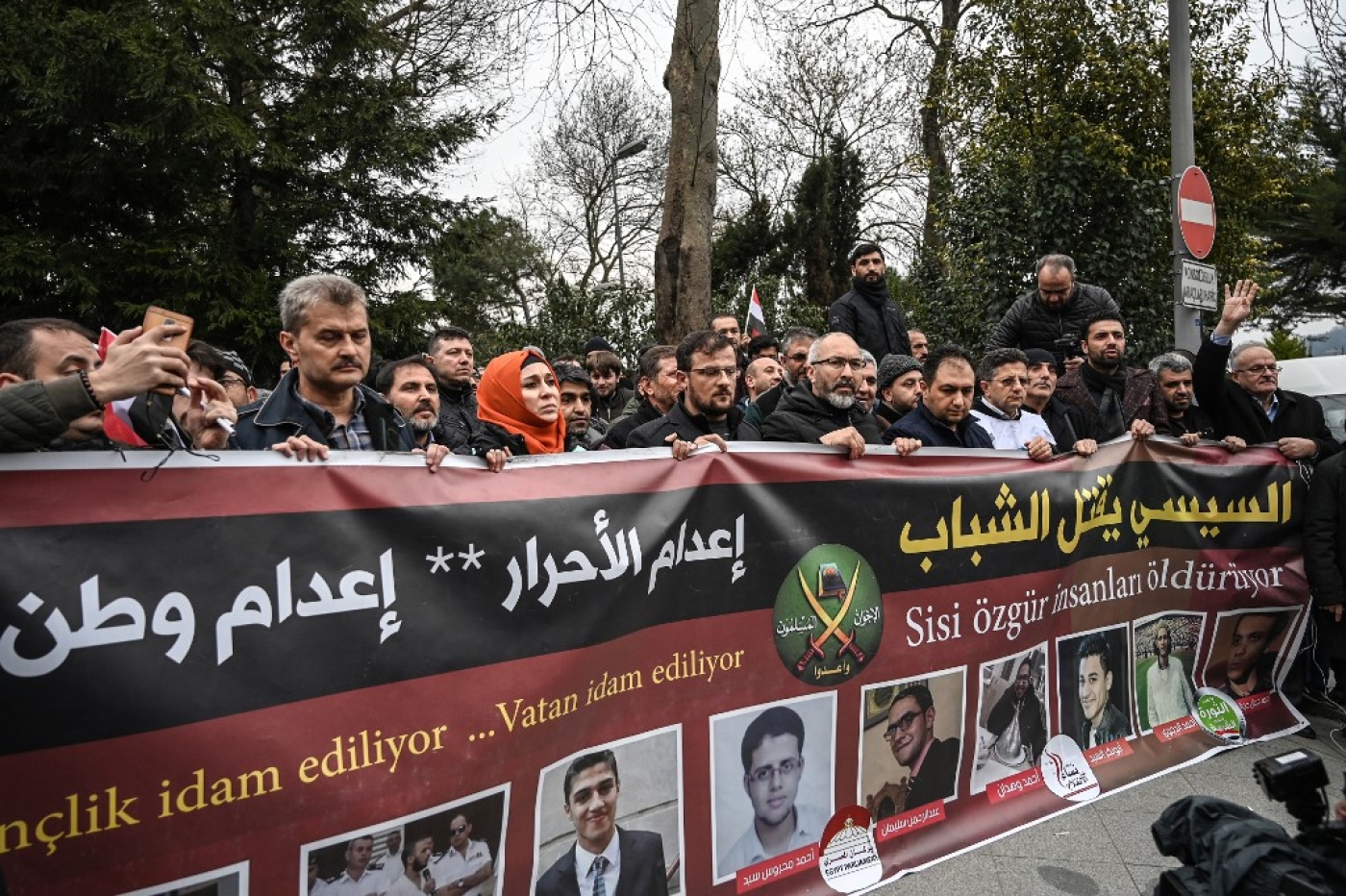 Egyptian authorities have executed 15 detainees since Saturday, all of them political prisoners, a rights group and families told Middle East Eye.

According to We Record, an organisation tracking and documenting the death penalty in Egypt, authorities executed on Saturday 15 detainees who had been in custody since 2014, in three cases the organisation described as “political”.

A spokesperson for the group told MEE that the executions were "unlawful" since most of the detainees had been subjected to enforced disappearance and torture prior to their conviction.

Two detainees, Yasser Abasiri and Yasser Shakr, were members of outlawed group the Muslim Brotherhood, from the coastal city of Alexandria.

They had been arrested after organising protests against the 2013 military coup that brought President Abdel Fattah el-Sisi to power, the spokesman said.

Egypt: The Interior Ministry carried out today the death sentence against political detainees #Yasser_Abasiri 49 years old and #Yasser_Shakr 45 years old in the case known in the media as the events of the Library of Alexandria, which bears No.15/5/2017 pic.twitter.com/fM7oSUBY9f

MEE has approached the familes of Abasiri and Shakr for comment, but had not received a response by the time of publication.

Egypt’s late President Mohamed Morsi, a senior Brotherhood member, was ousted from power by his defence minister Sisi in July 2013. Sisi has been president since 2014.

According to Ahmed el-Attar, a London-based human rights researcher, most of those who were executed on Saturday had been detained in the maximum-security Scorpion Prison, where hundreds of political prisoners are held.

On 23 September, three policemen and four detainees on death row were killed in a botched prison break from Scorpion Prison, according to the interior ministry.

Attar argued that the timing of the executions may be linked to the incident, since those who were hanged were possible witnesses to what happened.

With Saturday's executions, Attar said the number of political prisoners executed since Sisi came to power had reached 79, with 25 of them hanged in 2020.

A hashtag launched on social media by Egyptian opposition activists to condemn the executions was among the top trending in Egypt on Monday.

Abdullah el-Sharif, an Egyptian social media influencer, suggested that the executions were a response to the sporadic anti-government protests held since 20 September. “Write about the executions massacre, about the hostages detained in the junta’s prisons, and about their treatment of Egyptians with the punishment logic in the aftermath of any uprising,” he wrote on Twitter.

According to Haitham Abu Khalil, an Egyptian human rights activist based in Turkey, eight more prisoners were hanged on Saturday in “criminal cases”.

“Can you imagine what happened on bloody Saturday?” he wrote on Facebook.

“[Egyptian authorities] were keen on executing 23 people on the same day to deliver two messages. 1. Terrorising the Egyptian street after an unsuccessful Friday of Rage, 2. Responding to the death of four policemen in Scorpion Prison.”

According to Amnesty International, the Sisi government was the fifth worst executioner in the world in 2019, following China, Iran, Saudi Arabia and Iraq.