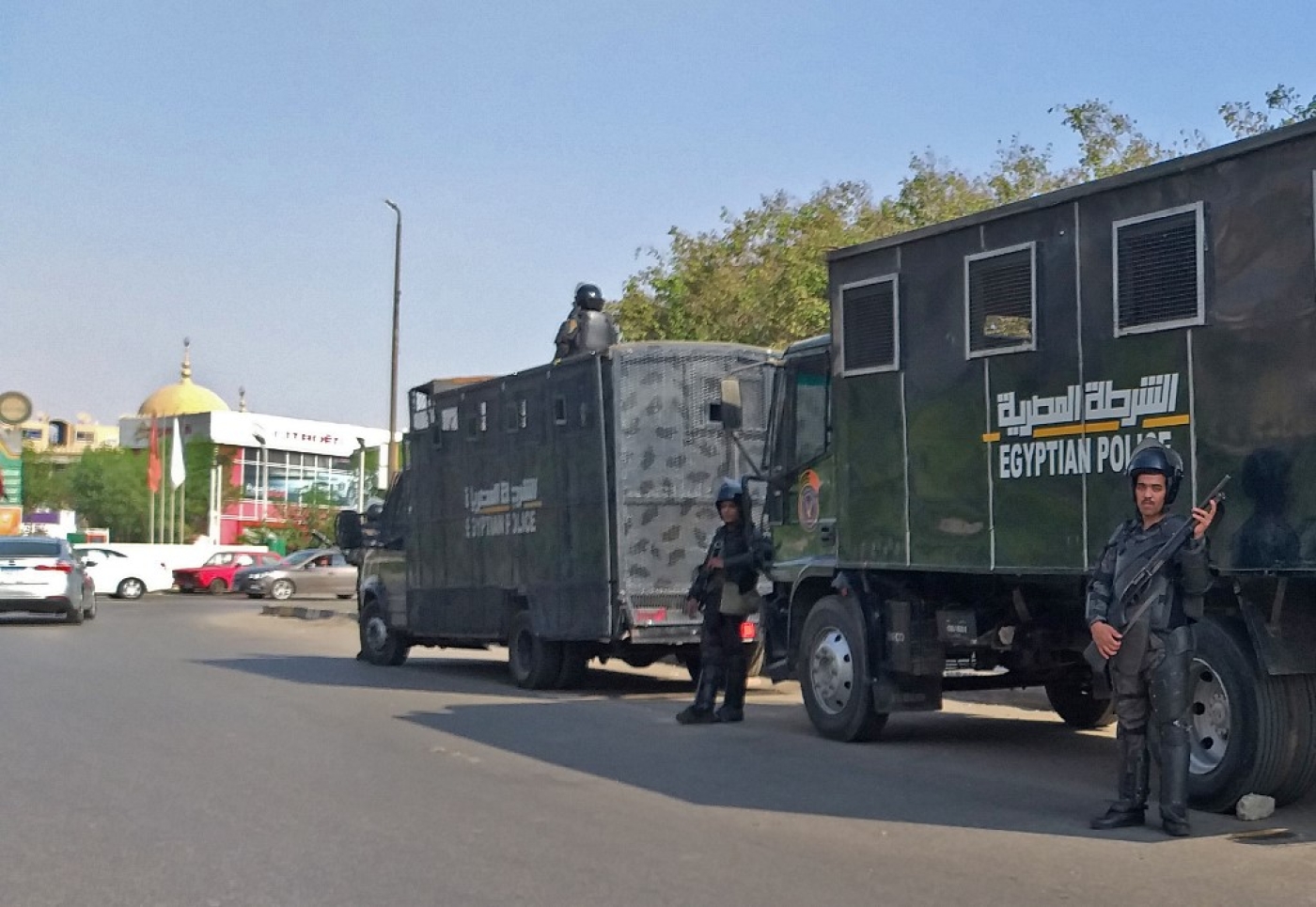 Security forces dispersed the protests, which erupted mainly in the Giza governorate, with videos on social media showing minor clashes between protesters and riot police.

The turnout for the protests, called for by whistleblower Mohamed Ali, was noticeably low, amid fears of another crackdown. 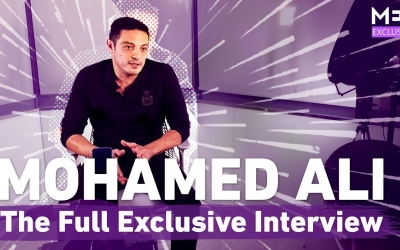 Last year, at least 3,000 people were arrested for showing support for a new popular movement triggered by Ali's video testimonies about the alleged corruption of senior figures, including President Abdel Fattah el-Sisi.

The low participation raised questions about how much influence Ali, who is in self-imposed exile in Spain, holds inside Egypt.

Ali, a construction contractor-cum-actor, had asked Egyptians to participate in Sunday's protests to demonstrate against commodity price hikes and the ongoing demolition of houses constructed without licensing or on farmland.

On the eve of the planned protests, he appeared on several TV channels, including Mekameleen, a platform of the Egyptian opposition in exile, and called on Egyptians to break the "barrier of silence and fear".

"Egyptians will be in for very tough days if they do not join in the protests," Ali said.

He published a poster on his Facebook page, in which he asked Sisi to leave. Ali also appeared on the news channel Al Jazeera and complained against the repression of demonstrators.

"The solution to this repression is for large numbers of people to participate in the protests," he said.

However, there were no protests on Egypt's major squares or in the main cities, with protests only breaking out in a number of villages in Giza province, which is part of the Greater Cairo region.

Dozens of people pelted police with stones in Kiddaya village, forcing officers to retreat. Chanting slogans against Sisi, the villagers also turned over a police car and set it on fire.

Security forces later raided the village and searched for those participating in the riot. They also fired teargas to end to the protest.

Demonstrators in another village in the same province set fire to car tyres, calling for Sisi's departure.

In Ayat town in Giza, dozens of people chanted slogans against the president, a former general, and what they described as his "military rule".

Similarly, protesters in Sola village in Giza demanded an end to Sisi's rule, while villagers in al-Dessimi village blocked one of the main roads and set tyres on fire.

On Sunday, videos circulating on social media and opposition TV channels showed officers using tear gas and rubber bullets to disperse protesters in one of the villages of Giza province.

The videos deterred some people from participation, including trader Essam Raslan, who only managed to participate electronically in support of the protests. Raslan shared protest posters on his Facebook page and expressed support for Ali.

"More and more people are caught in the cycle of poverty every day," Raslan told MEE. "Sorry to say, I couldn't participate in the protests for fear of arrest."

On Sunday, the police made their presence strongly felt in Cairo's main squares, especially Tahrir, the iconic centre of the 2011 revolution that overthrew longtime autocrat Hosni Mubarak.

Patrol cars roamed the streets, while policemen and conscripts were deployed in and around key buildings.

Security preparations for Sunday had started days ahead of 20 September, as plainclothes policemen stood in different parts of the capital, searching passerbys and asking them to show their IDs.

Ali claimed to have witnessed corruption by Sisi during years of cooperation with the army in the implementation of a large number of construction projects.

His videos accusing the president and senior army figures of squandering public funds on the building of luxury palaces went viral last year, reigniting anti-government sentiments that had largely been repressed in recent years.

In September last year he asked Egyptians to stage protests against the president. 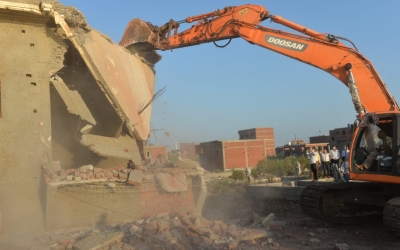 Thousands heeded his call, but turnout for the protests was far less than expected, despite the efforts he made to convince people to go out of their homes.

Nevertheless, at the time, Ali succeeded in rallying the opposition outside and inside Egypt around him.

The protest calls this year came amid a wave of public anger at the demolition of houses constructed without licensing. The August house demolition campaign had impacted a huge number of people, threatening a security backlash.

The impression among Egyptians was that the authorities were launching the campaign to get rich by forcing people to pay billions of Egyptian pounds in fines.

On 11 September, in a bid to reduce anger at the demolitions, the government reduced the fines landlords and contractors violating construction licences should pay.

Many Egyptians were also angry about the growing prices of commodities, especially food.

Ali posted a video on his Facebook page late on Sunday, in which he lashed out at opposition media outlets.

"Where are the TV channels of the opposition?" Ali asked. "Why have you disappeared? People are on the streets."

He also described people working in the opposition media outlets as a bunch of "traitors".

Whether the failure of Sunday's protest call will put an end to Ali's attempts to galvanise the Egyptian opposition remains to be seen. Many Egyptians have been fearful of taking part in protests due to Sisi's intolerance of the opposition.

Egypt's Protest Law gives the authorities the right to disperse and arrest those participating in protests not licensed by the interior ministry, which controls the police force.

Police arrested hundreds of people during and after the protests that erupted in September 2019 in response to Ali's protest calls, according to Amnesty International.

Today is the anniversary of the largest crackdown on protesters in #Egypt since #Sisi came to power. 4,000+ were swept-up including journalists & activists who didn't even take part in protests. Many are in jail over unfounded 'terrorism' related charges.
Say their name. pic.twitter.com/9m9WRdvDJx

However, the failure of Sunday's protest call is not only about the heavy-handed crackdown on the opposition. Some believe it is also about Sisi's popularity.

His supporters argue that the sexagenarian leader is holding his country together, bringing security back to the streets after years of unrest and launching major development projects, including fish farms, greenhouses and factories.

They argue that he has introduced economic reforms that, while proving hard on the pockets of the majority of Egyptians, are rescuing the economy and filling government coffers with foreign currency. As a result, some Egyptians viewed the protest call as an attempt to destabilise the nation.

"These people only want to destroy our country," Sameh Osman, a salesman in his mid-forties, told MEE. "They are paid by Egypt's enemies to do this."

Egypt has paid dearly in economic, political and security terms for the 2011 revolution.

The security unrest that reigned following the revolution devastated the tourism sector and caused thousands of factories to close down. Investors fled the country and production almost stopped.

'People just got bored of these endless protests. They only want stability and a secure future for their children'

Some analysts argue this is why the chance of another revolution is losing momentum in Egypt.

"People just got bored of these endless protests," Tarek Fahmi, a political science professor at Cairo University, told MEE. "They only want stability and a secure future for their children."

This should not, however, make Egyptian authorities complacent that they are not under any obligation to alleviate the economic suffering of the public, other analysts said.

"The authorities have to solve the problems of ordinary people, before they morph into a state of public anger," Nadia Helmi, a professor of political science at Beni Suef University, told MEE. 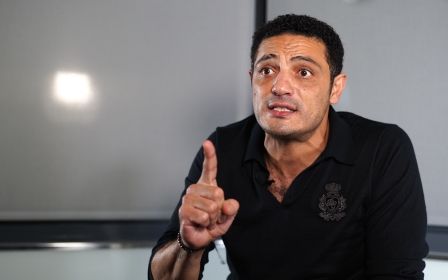 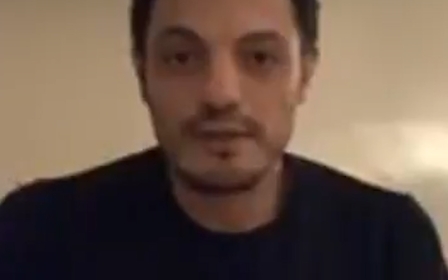 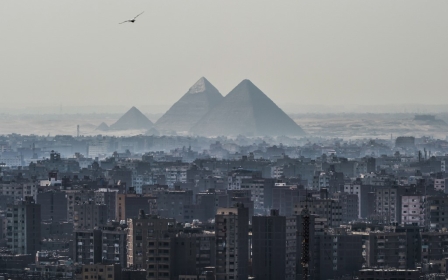