Former members of Mohamed Morsi's government have called on the UN office of human rights to investigate the death of the former Egyptian president, who collapsed last week during a court hearing in Cairo.

Morsi had been in detention since a military coup removed him from office in 2013. Rights groups and British legislators had raised concerns about the condition of his imprisonment.

In a complaint filed on Monday on behalf of ex-government ministers Yehia Hamed and Amr Darrag, who served under Morsi, a London law firm urged the Office of the United Nations High Commissioner for Human Rights (OHCHR) to open a probe into the "circumstances of President Morsi’s detention and death".

The complaint, obtained by Middle East Eye on Wednesday, heavily references a 2018 report by members of the British Parliament, who warned that the "cruel, inhuman and degrading" conditions of Morsi's detention, including lack of medical care, may lead to his death.

"We fear that if Dr Morsi is not provided with urgent medical assistance, the damage to his health may be permanent and possibly terminal," the British MPs wrote at the time.

In its letter to the OHCHR, ITN Solicitors, which is representing Darrag and Hamed, said Morsi's death was "predictable" and intentional.

"It appears purposeful as part of the systematic removal of the democratically elected government of Egypt and continued suppression of opposition movements."

The request offers help to the UN human rights office if it decides to open a probe, including facilitating access to the two Egyptian ex-ministers and British legislators who conducted the 2018 investigation.

"We are able to assist the OHCHR by providing detailed evidence about the circumstances leading up to Dr Morsi’s death," the letter reads.

But the army subsequently removed him from office and jailed him on espionage charges, which his supporters considered trumped-up and politicised.

Since then, coup leader Abdel Fattah el-Sisi has gone on to become president, embarking on a massive campaign to crack down on dissent and free speech. He has also banned Morsi's Muslim Brotherhood, blacklisting it as a terrorist group. The OHCHR has already urged a "prompt, impartial, thorough and transparent investigation" into Morsi's death to be "carried out by an independent body".

"Concerns have been raised regarding the conditions of Mr Morsi’s detention, including access to adequate medical care, as well as sufficient access to his lawyers and family, during his nearly six years in custody," spokesman Rupert Colville said in a statement last week.

"He also appears to have been held in prolonged solitary confinement. The investigation should therefore also encompass all aspects of the authorities’ treatment of Mr Morsi to examine whether the conditions of his detention had an impact on his death."

Conservative MP Crispin Blunt, who led the 2018 British inquiry, has also called for a probe, lamenting the lack of action to save Morsi's life, following his report last year.

"An inquiry must take place. Indeed, the launch of a reputable independent international investigation is the only step to take," Blunt wrote in a column published by the Independent last week.

"After six years of chronic mistreatment in prison, culminating in the very public death of the first democratically chosen head of state in Egyptian history, there must be proper accountability."

The OHCHR did not respond to MEE's request for comment by the time of publication. 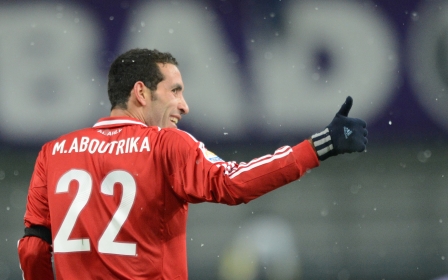 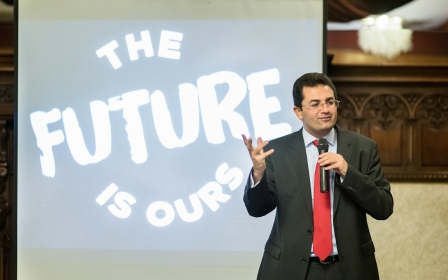