Trump wiped out conviction of Michael Behenna, who was found guilty in 2009 (AFP/File photo)
By
Ali Harb
in
Washington

Donald Trump has pardoned an American soldier who was convicted of murdering an Iraqi detainee, a move that was decried by rights advocates as an endorsement of extrajudicial executions.

US Army 1st Lt. Michael Behenna was convicted of unpremeditated murder in a combat zone for the 2008 killing of an Iraqi detainee, Ali Mansur Mohamed, who was naked when he was shot in the head and chest.

Behenna was sentenced to 25 years in jail, but he was released in 2014 after his sentence was reduced.

"It has been clear that he has embraced the white supremacist ideology, and this is yet another example of his hate and bigotry."

Behenna killed Mansur after interrogating him without authorisation.

A roadside bomb in western Iraq had claimed the lives of two American soldiers days earlier, and the US army was searching for the perpetrators.

Mansur was detained on suspicion of having links to al-Qaeda, but without enough evidence, the US military ordered his release.

Behenna fatally shot Mansur in the desert while escorting him back to his village.

The US soldier claimed self-defence, saying that Mansur tried to reach for his weapon - an argument dismissed by prosecutors and the jury that convicted him.

"The evidence will show that on 16 May 2008, the accused took the victim out into the desert in Iraq, stripped him naked, interrogated him while he had his Glock pistol pointed at him, shot him in the head, shot him in the chest, killing him at that time," then-military prosecutor Erwin Roberts said in the opening statement of Behenna's trial in 2009.

Still, the White House cited legal "concerns" about Behenna's ability to make a self-defence claim at the time of the trial.

In a statement announcing the pardon, Trump's spokeswoman also noted the support that Behenna has enjoyed in his home state of Oklahoma.

The American Civil Liberties Union (ACLU) said it amounts to a "presidential endorsement of a murder that violated the military's own code of justice".

"The military appeals court found Behenna disobeyed orders, became the aggressor against his prisoner, and had no justification for killing a naked, unarmed Iraqi man in the desert, away from an actual battlefield," Hina Shamsi, director of the ACLU's national security project, said in a statement.

Shaun King, a New York Daily News columnist and progressive activist, added that the pardon is part of the US president's "white supremacy tour".

"It's his way of saying that when a white man kills a Muslim - even if he disobeys orders and is convicted of murder - that the Muslim deserves it and that the white man deserves a break/sympathy," King wrote on Twitter. 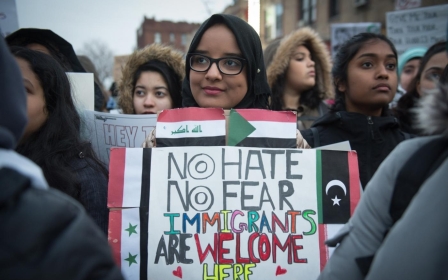