Erdogan criticised over silence on Uighurs during China visit 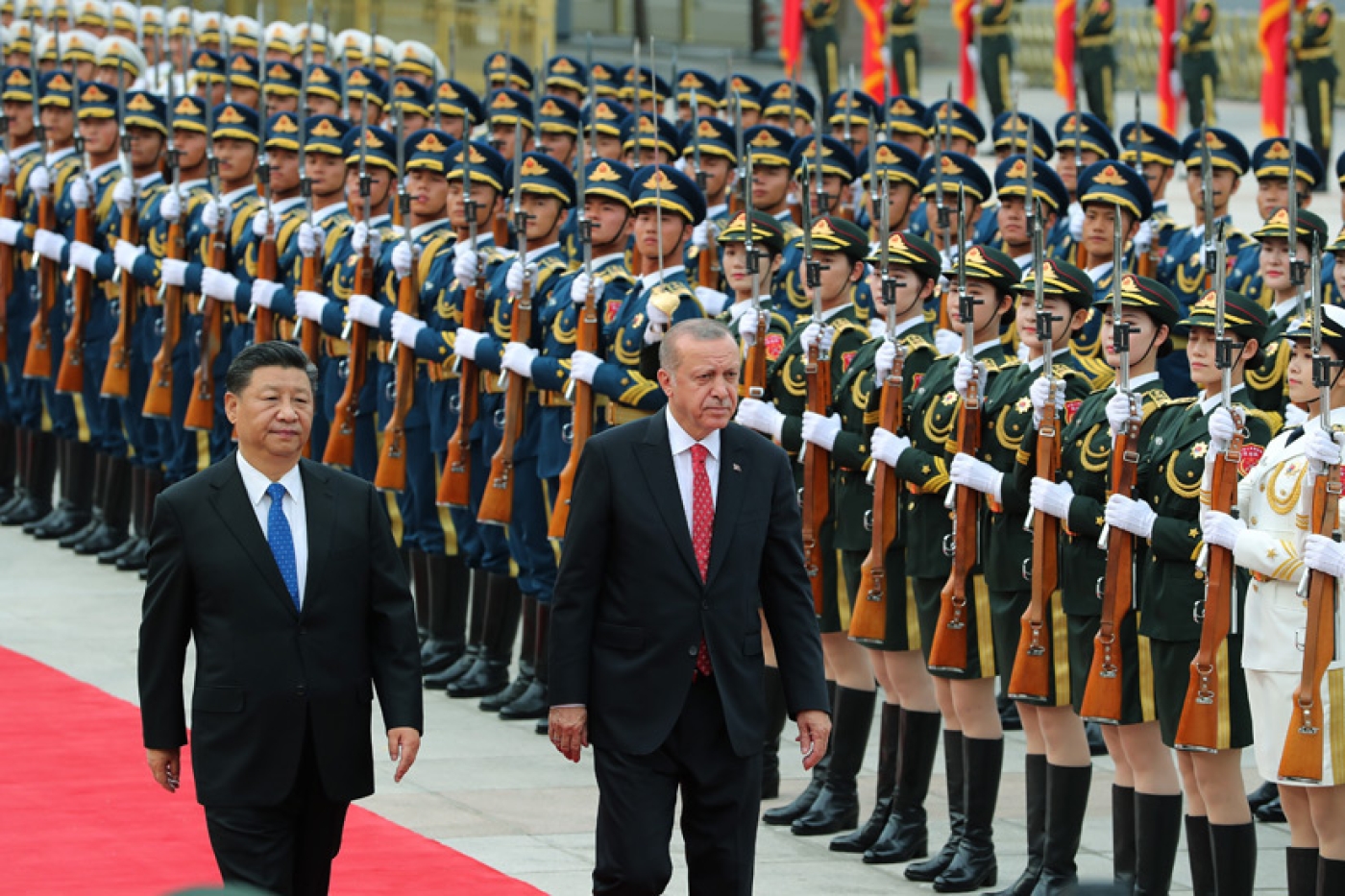 Erdogan (R), with China's President Xi, is welcomed at an official ceremony in Beijing (Turkish Presidency website)
By
Simon Hooper

Uighur activists have criticised Turkish President Recep Tayyip Erdogan for failing to speak out against China’s detention of hundreds of thousands of the predominantly Muslim Turkic minority in the western Xinjiang province during a visit to Beijing on Tuesday.

In an article published in China’s Global Daily newspaper ahead of Erdogan’s meeting with Chinese counterpart Xi Jinping, Erdogan said that the two countries shared a “vision of the future”.

Erdogan also highlighted Turkey’s support for the Belt and Road Initative (BRI), a vast infrastructure project that aims to create better transport and trade links from China to western Asia and Europe.

President Erdoğan pens an opinion for the Global Times: “Despite their geographical distance, Turkey and China have maintained close economic and cultural relations for centuries.” https://t.co/tWHOf1kVcu pic.twitter.com/wLPCqkixe1

— Presidency of the Republic of Türkiye (@trpresidency) July 2, 2019

“Despite their geographical distance, Turkey and China have maintained close economic and cultural relations for centuries,” Erdogan wrote.

“Turkey is firmly committed to strengthening its cooperation with China in all areas.”

But Dolkun Isa, the head of the World Uighur Congress, a German-based advocacy organisation, told Middle East Eye that Erdogan had missed a “perfect opportunity” to raise awareness about China’s repressive policies towards the Uighurs while talking instead about the belt and road initiative.

Stability in Xinjiang is seen as crucial to the success of the project because of its key location along the trade routes running west.

Isa said that between one and three million Uighurs had been “subjected to political indoctrination, torture, killing and other serious human rights violations” in “21st century concentration camps”.

“The WUC and the Uighur diaspora are very saddened and disappointed by Erdogan's action as he always claimed to be a leader of the Muslim world, who stands up for the Muslim population all around the world, but he couldn't speak up for Uighur Muslims in East Turkestan,” he said, using a name used by Uighur separatists to refer to Xinjiang.

“Uighur and Turkish people share similar culture, history and language; hence compared to other countries, Turkey should be the first to raise concerns over China's treatment of Uighurs. But this was not the case."

Both Amnesty International and Human Rights Watch say that about one million people, mostly Uighurs or members of other Turkic minorities, are being held in arbitrary detention in camps in Xinjiang.

China describes the camps as “vocational schools” and says they are intended to tackle “terrorism and religious extremism”.

Turkey has previously raised concerns about China’s treatment of the Uighurs.

In February, the foreign ministry issued a statement in which it said: “It is no longer a secret that more than one million Uighur Turks incurring arbitrary arrests are subjected to torture and political brainwashing in internment camps and prisons. Uighurs who are not detained in these camps are under heavy pressure.”

In the same statement, the foreign ministry said Turkey had raised the issue with the Chinese authorities “at all levels” and called on Beijing to close the camps.

But Chinese state media reported on Tuesday that Erdogan had offered support to Beijing over its policies in Xinxiang and pledged to increase security cooperation. "It is a fact that the peoples of China's Xinjiang region live happily in China's development and prosperity," state television quoted Erdogan as saying.

"Turkey does not permit any person to incite disharmony in the Turkey-China relationship. Turkey firmly opposes extremism and is willing to increase mutual political trust with China and strengthen security cooperation."

The Turkish Presidency website reported that Erdogan said there was "great potential for strengthening the cooperation between Turkey and China".

The Associated Press reported that Erdogan had not raised the issue of the Uighurs in his opening remarks in his meeting with Xi before reporters were sent from the room. 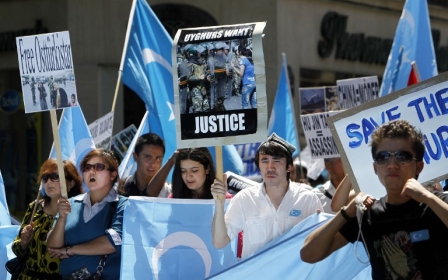