Opinion polls predicted a replay of the 7 June election results, where AKP lost its parliamentary majority and HDP passed the 10% threshold 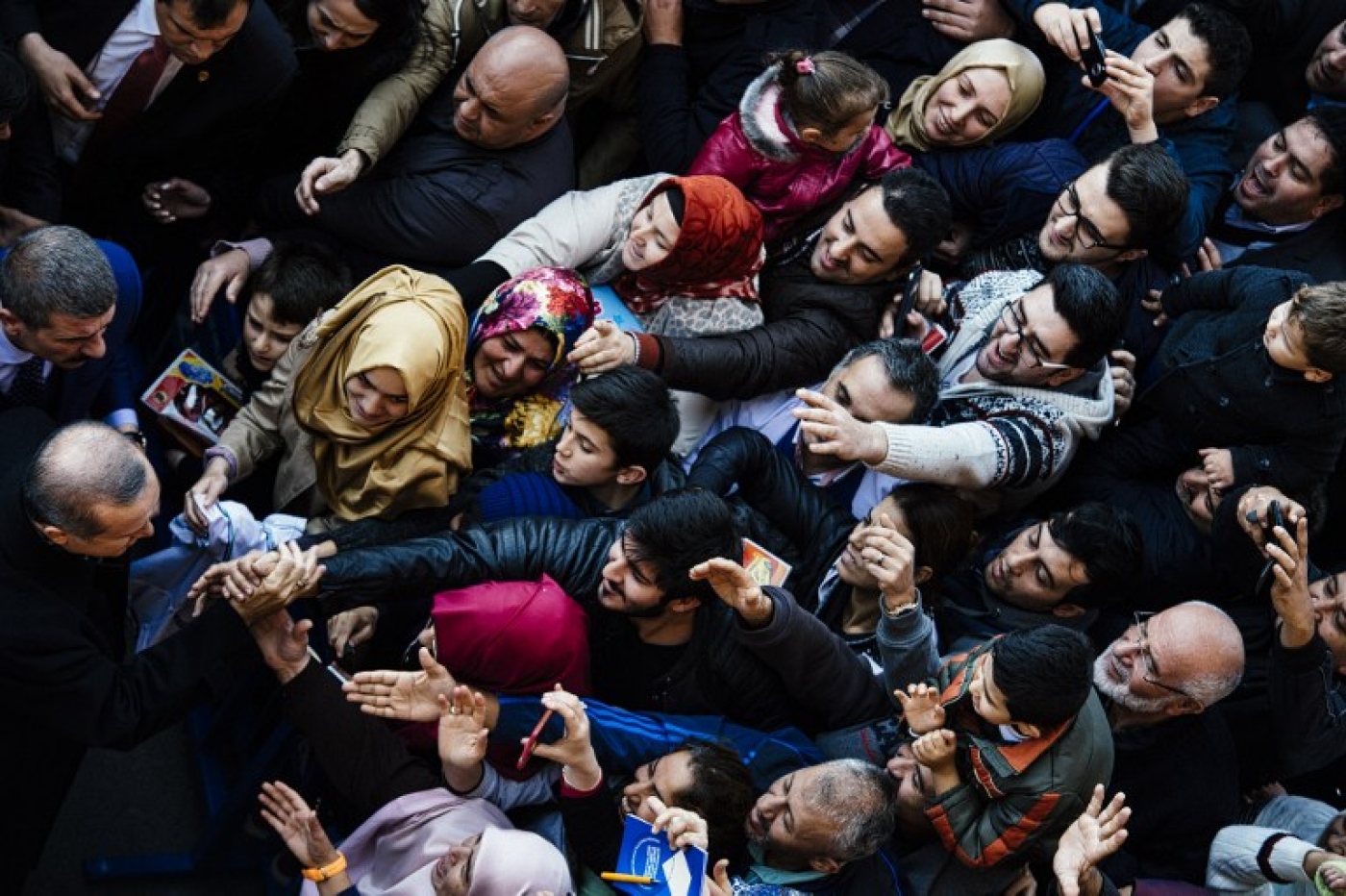 Turkey's long-dominant Justice and Development Party (AKP) was poised to win back a clear parliamentary majority on Sunday, according to latest results from one of the country's most critical elections in years.

The party founded by strongman President Recep Tayyip Erdogan had around 51 percent of the vote with more than 80 percent of ballots counted, CNN-Turk television reported.

That would give it 325 seats in the 550-seat parliament, well ahead of its three main rival parties and easily enough to form a government on its own.

The result would be a significant victory for Erdogan, who is hoping to expand his powers as president and continue to play a key role in Turkish politics.

The Nationalist Movement Party (MHP) had 11.3 percent of the vote according to the preliminary results, with commentators suggesting its supporters had shifted to the AKP.

The main opposition Republican People's Party (CHP) had about 23 percent and the pro-Kurdish People's Democratic Party 10.7 percent - currently just enough to surpass the threshold to take up seats in parliament.

Tukish citizens are casting their ballots in the country's 26th general election after no party won an overall majority in the 7 June vote and coalition talks failed to produce a government by the 45-day deadline.

The poll is the second in just five months, called after Erdogan's AKP was stripped of its parliamentary majority in June for the first time in 13 years and then failed to forge a coalition government.

Sunday's turnout was very high among the 54 million registered voters. There were early queues at polling stations to elect 550 deputies to the Grand National Assembly, reported Turkish newspapers.

Nearly a million Turks living abroad have already cast their ballots at 113 embassies and consulates last week, while a total of 175,006 polling stations were open countrywide

During the elections - overseen by observers from civil society groups, political parties and international monitors - voters select a party, rather than a candidate, across 81 provinces.

Opinion polls are predicting a replay of the 7 June election results, in which of the 16 parties registered to contest the election only the three major parties and the pro-Kurdish Peoples' Democractic Party (HDP) are expected to pass the 10 percent threshold and gain seats in the assembly.

Following the 7 June vote, the AKP lost its parliamentary majority but returned as the largest party with 258 seats. The CHP came second with 132 seats while the MHP and the HDP won 80 seats each. A deputy from both the CHP and MHP have since become independents.

A caretaker government was formed by Prime Minister Ahmet Davutoglu on 28 August after a snap election was announced by President Erdogan a day earlier.

All eyes will again be on the HDP, which made history in June when it became the first pro-Kurdish movement in parliament.

But it faces accusations it is a front for the outlawed Kurdistan Workers' Party (PKK), whose armed campaign for autonomy has killed 45,000 people since 1984.

Analysts expect the AKP to try to form a coalition with at least one other party in the event of another hung parliament, probably the main opposition CHP.

The MHP, which shares a similar voter base to the AKP, has however ruled out joining any coalition with the HDP.

An inconclusive outcome could be an embarrassment for Turkey as it hosts world leaders, including US President Barack Obama, for a G20 summit on 15-16 November.

"We all will have to respect the nation's will," #Erdogan said after voting in Istanbul. #Turkeyelections #Turkey pic.twitter.com/VX0rP6YXeW