Overshadowed by the disappearance of Jamal Khashoggi, the fate of this respected analyst shows even critiquing Vision 2030 is off limits 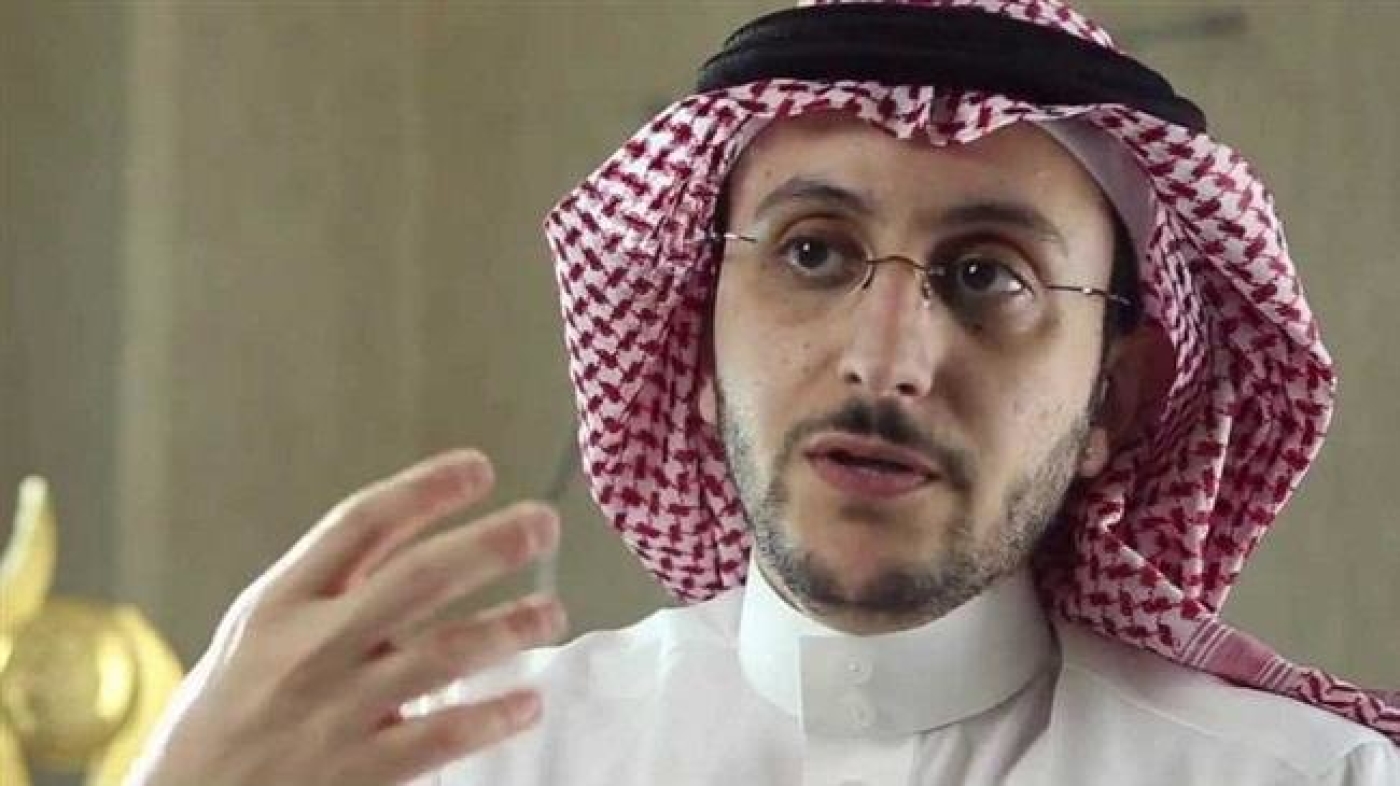 Saudi journalist Jamal Khashoggi's disappearance and alleged murder last week at his country's consulate in Istanbul has made him a household name. For many, it reveals that the Saudi government trucks no criticism of its policies.

And while Khashoggi's fate may be a message that commentary on politics and the war in Yemen is off limits to Saudis, the story of Essam al-Zamil reveals that even discussing economics is taboo in the kingdom.

On 1 October - the day before Khashoggi's disappearance - the renowned Saudi economist and entrepreneur Zamil was officially charged with joining a terrorist organisation, giving foreign diplomats information about the kingdom and inciting protests.

The charges came over a year after he was detained, in September 2017, as part of a wave of arrests that targeted people deemed a threat to Saudi Arabia's Crown Prince Mohammed bin Salman (MbS), including religious figures and intellectuals.

Vision 2030 is a hugely ambitious attempt to diversify the Saudi economy and modernise the country.

Since the discovery of oil in 1938, Saudi Arabia has existed as a single-resource economy. Though successive rulers have sought to move away from its oil dependence, introducing 10 development plans along the way - most recently in 2015 - Riyadh has failed to build significant industrial infrastructure.

To rectify this, the crown prince unveiled his grand plan in April 2016, which seeks to sell public assets, reinvest the funds and raise revenues through channels other than oil. The jumping-off point for the scheme was to be the part floatation of Saudi Aramco, the national oil company and jewel in the Saudi crown.

Vision 2030 and the promise to sell off five percent of Aramco certainly raised eyebrows when it was announced, and though the plan has excited many, some experts and commentators began to pick holes in the scheme. Zamil was one of those.

In a series of posts on social media, Zamil criticised MBS’s proposed Aramco sale, remarking, shortly before his arrest, that the $2 trillion valuation for Aramco suggested by MBS would require the company’s oil reserves to be included in the sale - a move which Zamil said was not logical.

"Three trillion dollars equals the petroleum revenues for more than 20 or 25 years," he added.

“The oil is owned by the people,” Zamil wrote in a tweet which was deleted shortly after posting. “A decision like this should not happen without the consent of everyone.”

Iyad el-Baghdadi, president of the Kawaakibi Foundation, a think tank that works to promote liberal values in the Muslim world, told Middle East Eye that Zamil clearly felt “it is not possible to have a national conversation or a national referendum if there is no free speech".

“So basically he brought it back to representation and free speech,” Baghdadi said.

“These are the concerns of someone who is a highly engaged and highly concerned citizen,” he added.

Zamil was one of very few critical Saudi voices that commented on the flotation.

The economist Essam Al-Zamil (#عصام_الزامل) is in jail with no charges since 12/09/2017 just because he tried to give advice for not selling #Aramco !! pic.twitter.com/fNspCIOBqu

“He spoke, academically, about the impossibility of the Vision 2030 - on social media and in interviews," Yahya Assiri, founder of the Saudi human rights advocacy group ALQST, told MEE.

“He said that selling Aramco would be dangerous for the country. The regime has now accepted that he was right - they cancelled the sale,” Assiri said, adding that “the words he was arrested for have been accepted”.

Reuters reported in August that the government had called off the IPO plans and disbanded teams of financial advisers working on what had been billed as the biggest stock flotation in history.

However, despite the Saudi government’s seeming reversal of their decision to float the company, Zamil remains in detention, facing charges observers say are obviously bogus.

Zamil's use of social media may partly be to blame for the Saudi authorities' distaste.

“He is a successful entrepreneur, he has been given several prizes and senior positions by the Saudi state itself in the past.”

“It’s the fear,” London-based Saudi scholar Madawi al-Rasheed told the Independent. “The regime doesn’t mind people passing insults on Twitter, but Essam al-Zamil is an educated person who poses a threat because he can provide statistics and evidence that debunks Saudi propaganda.”

Baghdadi, who was a political prisoner himself in the United Arab Emirates, considers Zamil to be an influential “opinion maker among young people” in the kingdom.

"He is taking down those people. He wants himself to be the only voice, he wants the state - represented by himself - to be the only shaper of opinion... He doesn't want Saudis to hear any other voice other than his own.”

As Saudis have become more and more active on social media, particularly Twitter, those with influence faced mounting pressure to show support for the kingdom’s rulers, according to Baghdadi.

“Silence was not enough anymore. As Saudis became more dynamic on Twitter, people were expected to come out in support of the government.”

Baghdadi added that unless something is done, these detentions won’t stop.

“There is no internal moral standard to stop them,” he said.

At the heart of MBS's reformist image has been an apparent relaxation of conservative social controls. Cinemas have opened, concerts held and women have finally been allowed to drive.

But in tandem with this has come a crackdown on human rights activists. As with Zamil and the economy, Saudi authorities are giving women new freedoms, while locking up those who called for them in the first place.

“Essam was well known for his support of human rights. That is what put him in the sights of the government," Assiri said. “He supported reconciliation, he supported the Arab Spring."

The charges levelled at Zamil, such as joining a terrorist organisation and inciting protests, are ones commonly used against human rights activists. He has been accused of joining the Muslim Brotherhood, a longtime political foe of the Saudis.

A third charge, that of giving foreign diplomats “information and analysis about the kingdom”, is no less absurd, Assiri said. “The crimes he has been charged with - any academic and analyst has the right to speak to others and to give analysis.”

Khashoggi's alleged murder - Turkish sources have told MEE the journalist was seized, tortured and dismembered by a Saudi hit squad - may have the effect of bringing the case of Zamil into sharper focus internationally.

Saudi officials have strongly denied any involvement in Khashoggi's disappearance and say that he left the consulate soon after arriving. However they have not presented any evidence to corroborate their claim and say that video cameras at the consolate were not recording at the time.

Already business leaders are suspending their involvement with several of the kingdom's projects, piling pressure on the kingdom's economic reform plans.

Meanwhile the original Saudi critic Zamil languishes in prison, and concerns have been raised over his mental condition, amid reports that he is being held in solitary confinement and suffering harsh treatment.