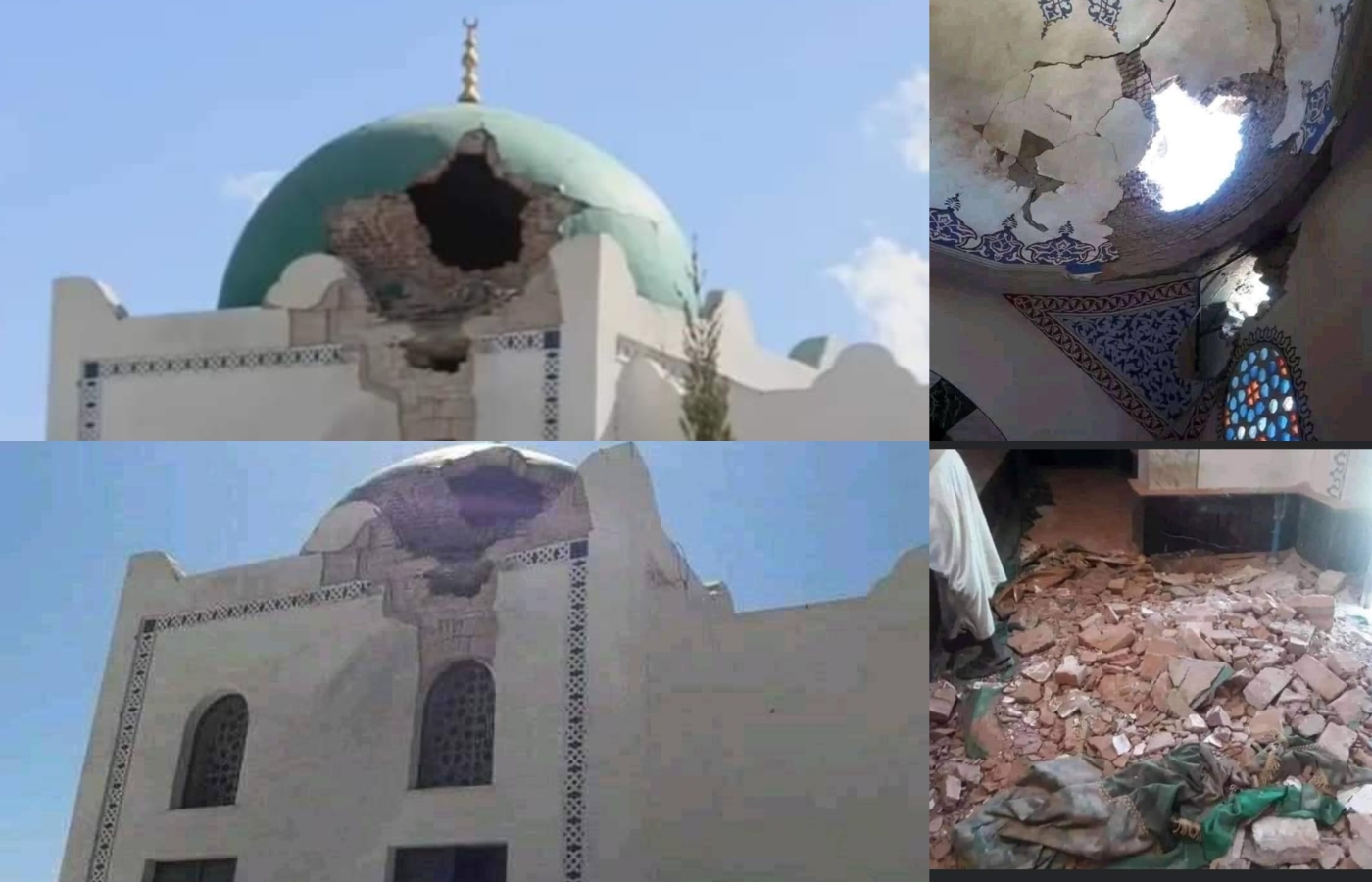 The conflict in Ethiopia’s northern Tigray region - pitting the Ethiopian and Eritrean armies against rebel Tigray forces since 4 November - has caused concern over its humanitarian toll, with tens of thousands of Ethiopians fleeing to neighbouring Sudan and allegations surfacing of violent crimes against civilians.

In recent weeks, outrage has poured in on social media as news emerged that the conflict had also touched one of the region’s most revered religious heritage sites: the historical al-Nejashi mosque in the area of Wukro.

One of Africa’s oldest mosques and touted as a potential Unesco World Heritage site, al-Nejashi has been mourned as one of the casualties of the chaos of war - while belated government vows to repair it have been treated with suspicion.

Since fighting began in Tigray over two months ago, the area has been cut off from the rest of the world due to internet and phone outages. Ethiopian authorities have also barred journalists and aid workers from much of the region. Mounting reports of potential war crimes and infrastructural damage have therefore been difficult to authenticate, as Addis Ababa continues to resist calls from the United Nations to grant it unfettered access to the region, where it estimates over a million people have been internally displaced.

In late November, rumours began to surface on social media of fighting in Wukro, more than 800km north of the Ethiopian capital. Accounts emerged that several houses of worship - including the al-Nejashi mosque and the nearby Amanuel Orthodox church - had been shelled around that time.

On 27 November, an Ethiopian army commander told Ethiopian state broadcaster FBC that his troops had secured control of the area, but made no mention of damage to religious sites.

But telephone and internet services are yet to be restored to Wukro and its surroundings, as fighting persists in rural areas.

On 18 December, a communique by the Belgium-based Europe External Programme with Africa reported that the mosque “was first bombed and later looted by Ethiopian and Eritrean troops”, before mentioning that sources in the region spoke of killings at the mosque.

Images showed the mosque’s minaret destroyed, its dome partially collapsed and its facade in ruins. Inside the mosque, rubble littered the floor.

Ahmed Siraj, a representative of the regional International Association of Muslims in Tigray, told Middle East Eye that his organisation had recorded the deaths of several people killed by combatants in the wake of the partial destruction of the mosque.

“We have determined from our sources that a number of innocent people, including a father of four children, were killed by Eritrean soldiers simply for protesting against the mosque’s pillaging on 26 November,” Siraj said.

Siraj added that a number of artefacts were believed to have been stolen from the mosque, including religious manuscripts, books and letters dating as far back as the seventh century, while a shrine believed to hold the remains of some followers of the Prophet Muhammad was also in need of repairs.

An official from the state-run Ethiopian Heritage Preservation Authority said on 5 January that a team would be sent to inspect the mosque’s damage, as well as that of a nearby church, before repairs were undertaken.

But Siraj said such efforts couldn’t undo the human and cultural toll.

“Repairs won’t bring them back. Nor will it bring back the stolen artefacts,” he said.

The office of the Ethiopian premier had not responded to a MEE request for comment at the time of writing.

Confirmation of the damage inflicted to the al-Nejashi mosque provoked widespread shock and outrage among Ethiopians, Muslims and Christians alike.

The iconic mosque was built in the seventh century and is among the holiest sites in Islam.

Ahmedin Jebel, a prominent Ethiopian Muslim scholar and writer, told MEE that the mosque was reportedly built by early followers of the prophet fleeing persecution from the ruling Quraysh tribe in Mecca.

The prophet reportedly told a dozen of his followers to head towards the kingdom of Aksum - located in present-day Ethiopia - where the Christian king, known as Nejashi, would offer them sanctuary.

“Twelve men and four women took heed of the prophet’s advice and made the pilgrimage to the Kingdom of Aksum,” Jebel said. “Among them, Ruqayyah bint Muhammad, daughter of the prophet himself.

“In Islam, the mosque has a renowned rich history of justice and tolerance, as King Nejashi rejected bribes from the Quraysh to turn in his guests who had fled their homelands seeking freedom,” he added. “Mosques around the world have since been named in Nejashi’s honour.”

Jebel was pessimistic about the Ethiopian Authority for Research and Conservation of Cultural Heritage’s initiative to repair the mosque.

“There was a concentrated effort by the preservation authority to cover up the mosque’s destruction for weeks,” he explained. “The fact that the destruction of a mosque as cherished and prominent as the al-Nejashi mosque could be kept secret this long has me doubting whether they would put in a sincere effort to hasten repairs.”

Prior to the publication of images of the mosque, Ethiopian government officials hadn’t addressed growing accounts of the mosque’s destruction.

While information has been difficult to verify due to strict government restrictions in Tigray, the most well-circulated account of events has alleged that the mosque was hit by either Eritrean or Ethiopian army heavy weaponry, before being looted by allied Eritrean soldiers.

Akemel Negash is a journalist and senior editor for local news outlet Amba Digital, which was the first media organisation to cover the mosque’s destruction prior to the release of the pictures. He echoed Jebel’s sentiments and said authorities’ deafening silence was an effort to avoid backlash.

'It left me devastated. There's no precedent for this. The al-Nejashi mosque has been around for millennia'

“The federal government has been prompt to report on the destruction of property throughout the war, but only when it’s caused by their foes,” he told MEE.

“The destruction of Aksum Airport by Tigrayan rebel forces was given immediate airtime on state media. Images of homes and hospitals said to have been destroyed by them have been widely circulated as well.

“But when the government’s allied forces destroy something as prominent as one of Islam’s most cherished heritage sites, they keep it hushed until citizen journalists exposed it. They were well aware of it, but said nothing as it didn’t serve political ambitions,” he added.

While many appear unconvinced by the government’s pledges to swiftly repair the mosque, for Tigray Muslims such Siraj, the damage is already done.

“It left me devastated,” Siraj said. “There’s no precedent for this. The al-Nejashi mosque has been around for millennia.

“In that time, there have been all sorts of tyrants in Ethiopia, including some who targeted Muslims for oppression. But none of them dared touch the mosque,” he added.

“The fact that this would first happen in the 21st century is especially shocking and should be worrying for all Ethiopians.”