'I saw a lot of bodies': Ethiopians in Sudan traumatised by Tigray conflict

Tens of thousands of refugees crossing the Sudanese border, recounting horror stories from a brutal offensive at home 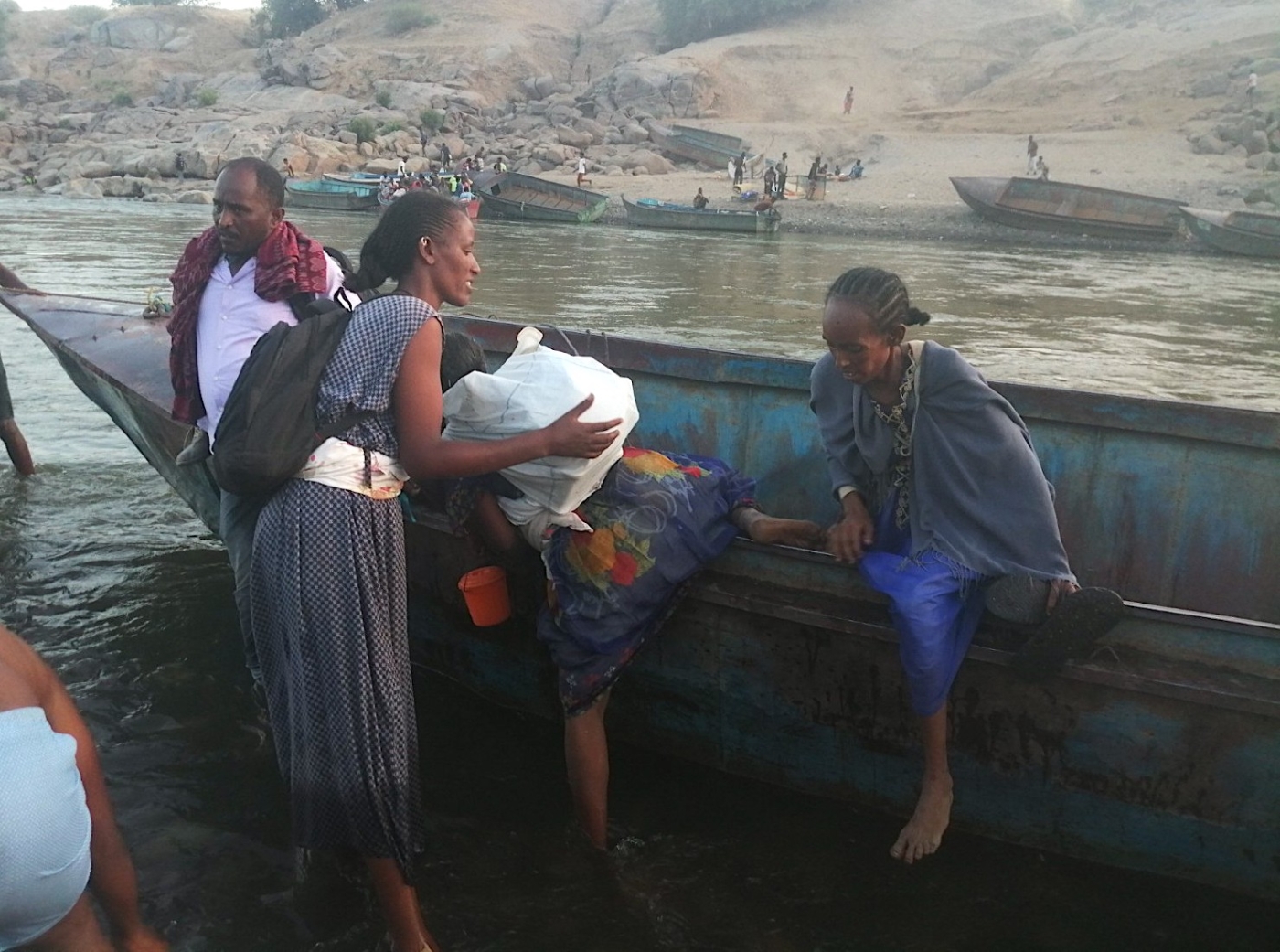 Ethiopians fleeing from the Tigray region get off the boat after crossing into Hamdaiet, their first entry point in Sudan (MEE/Mohammed Amin)
By
Mohammed Amin
in
Hamdaiet, Sudan-Ethiopia border

Inside a makeshift tent in the Sudanese village of Hamdaiet near the border with Ethiopia, a baby was born last week to a woman from the region of Tigray named Asiey Negosia.

The 30-year-old had just fled her home country of Ethiopia, arriving at the Hamdaiet reception centre in the state of Kassala following an arduous three-day journey that eventually took her across the Tekeze River - also known as Setit - into Sudan.

Despite the lack of medical essentials at the tent - which was set up by the local community for newly arrived refugees - Negosia had a smooth delivery, although she looked a little bit weak.

“We thank God that my sister has delivered the baby without any health complications. She had suffered a lot (on the journey) as we needed to move quickly due to aeroplane bombings and attacks from soldiers,” Negosia's sister, Ana, told Middle East Eye.

Asiey and Ana are among more than 30,000 Ethiopians who have streamed into Sudan since Ethiopia's Prime Minister Abiy Ahmed launched a military offensive in Ethiopia’s northernmost region of Tigray on 4 November.

Ahmed said his aim is to remove the ruling Tigray People’s Liberation Front (TPLF), which he accuses of defying the government and seeking to destabilise it. Hundreds of people are reported to have been killed in the operation. 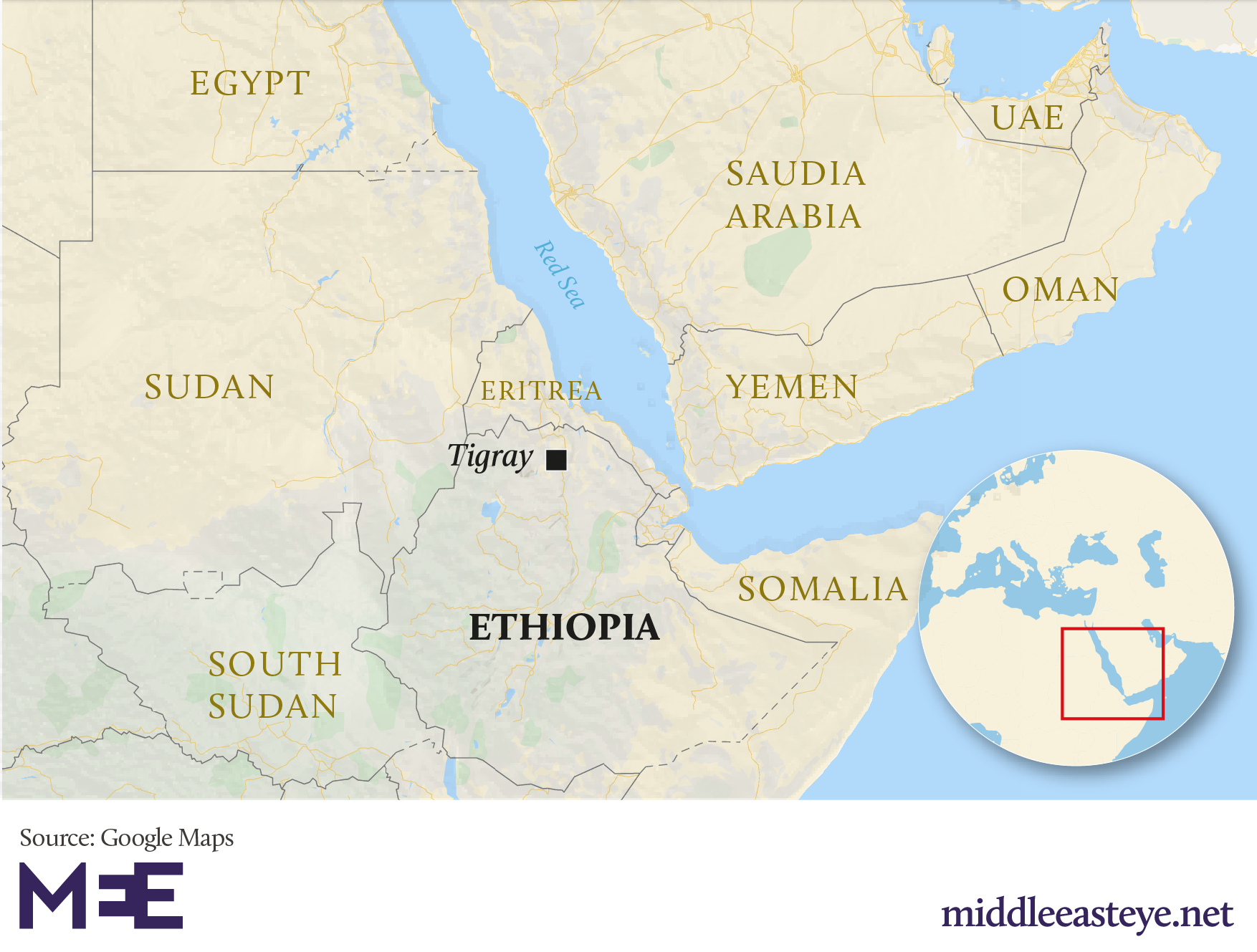 On Sunday, Abiy published a statement on Twitter giving forces in the Tigray region a 72-hour ultimatum to surrender before his military begins an offensive on the rebel-held regional capital of Mekelle.

'It's a miracle I made it out'

In Hamdaiet, which is the first transit points for refugees entering Sudan, thousands of ethnic Tigrayans rest under trees or inside the shelters set up by the Sudanese aid commission and Red Crescent, as members from the local community provide them with some food and water.

Many of them had rushed to cross the Tekeze River on the Ethiopian-Sudanese border before nightfall, when the local ferry boats were ordered to stop sailing by Sudanese authorities. All they had in tow were personal belongings and not much else, although some did manage to bring along a few small pieces of furniture.

Among the new arrivals was 45-year-old Zulu Tikhli, who said he made a “miracle” escape from his hometown Himora after the Ethiopia federal troops “attacked and destroyed the city”.

“The army launched an aggressive attack on the civilians. It was a tripartite attack by Ethiopia, Eritrea, and backed by the Amhara militia whose intention was to carry out revenge on the Tigrayans,” Tikhli told MEE.

'On the road I saw a lot of bodies as well as wounded people, but I had no time to help anyone as the bombing was nonstop'

“I feel it’s a miracle that I had made it out here with my family of three. On the road I saw a lot of bodies as well as wounded people, but I had no time to help anyone as the bombing was non-stop, so I could only take care of my own family,” he said.

Residents in Hamdaiet are trying their best to look after the influx of newcomers. Fatima Alhaj, 40, has worked with her neighbours to cook food and provide blankets for the refugees to get through the cold nights.

“We are not able to provide enough to meet the refugees’ needs as there are so many of them. We can only provide them some food on a daily basis according to our capacity,” Alhaj explained.

The border crossing of Luqdi in the state of Gadaref has been another transit point for refugees from Ethiopia. This area has witnessed similar scenes as in Hamdaiet, and those who arrive via this route are taken to refugee camps set up across Sudan.

Last week, the United Nations said it was anticipating that up to 200,000 people would flee unrest in Ethiopia over the next six months, adding that around $200m would be needed to accommodate the thousands of refugees crossing into Sudan.

Standing in the long queue for registration at “Village 8” refugee camp, 33-year-old Abraha Burhami told MEE that the Ethiopian premier was committing “crimes against the Tigrayans” because they had voted in the regional elections in September in defiance of federal government’s order to delay the vote. The move infuriated Abiy who had called it “unconstitutional” and “illegal”.

Tigray officials as well as Abiy’s opponents had accused the prime minister of a power grab by using the Covid-19 pandemic as a pretext to postpone scheduled elections until 2021, extending the government’s term by several months.

Burhami further claimed that the Ethiopian army and its allied militias had killed scores of farmers in his village, Mai-Kadra, in the Tigray region.

“When the attacks began I was on my farm in Mai-Kadra, so we ran with my family to the area of Barkat and then to Gargaf, before finally crossing the border to Sudan. We walked for four days under continuous bombings and attacks by both Eritrean and Ethiopian armies,” Burhami said.

Sara Abraham, 40, was also in Mai-Kadra when the killings took place. While running from air strikes and soldiers’ attacks, she lost two of her three children in the chaos and arrived in Sudan with only one child.

Now in Um-Rakoba refugee camp, she told MEE about her heartache and frustration.

“My sister and I succeeded in bringing five of our seven children (to Sudan). I lost two of my children… that’s very painful as I don’t know their whereabouts," she said.

“I don’t know why our government is targeting Tigray in this brutal way. The bombings were ongoing with gunships and tanks, destroying the houses while the soldiers use guns and even knives to kill in the night.”

Earlier this month, Amnesty International published a report describing the aftermath of mass killings in Mai-Kadra in southwestern Tigray.

“We have confirmed the massacre of a very large number of civilians, who appear to have been day labourers in no way involved in the ongoing military offensive,” said Deprose Muchena, Amnesty International’s director for east and southern Africa, in a statement published on 12 November.

The report added that, according to witnesses, forces loyal to the TPLF were responsible for the killings, “apparently after they suffered defeat from the federal Ethiopian Defence Forces (EDF)”.

The Ethiopian Human Rights Commission on Tuesday said the attack was perpetrated against residents of Mai-Kadra from the Amhara and Wolkait ethnic groups, adding that a Tigrayan youth group stabbed, strangled, and bludgeoned to death at least 600 civilians with the collusion of local security forces, according to Reuters.

As unrest escalates in Ethiopia, Sudan has begun opening new camps and reopening old ones to accommodate the increasing number of arrivals, the aid commissioner for the state of Kassala, Alsir Khalid told MEE.

“We opened new camps in the state of Gadaref state to help with the transportation of refugees, but the set-up is still very poor because we have no capacity,” he said.

Village 8 is one of the camps that opened quickly to receive the refugees transported from the border areas, set up jointly by the Sudan aid commission and UN agencies.

Before becoming a camp for refugees, Village 8 was initially built by the Sudanese government as a residential compound to compensate Sudanese citizens who were affected by the ongoing building of a dam project, but the affected people had rejected the accommodation.

The situation in this camp is much better than at the border points. At least it has proper shelters, with the UNHCR aid commission on site to register the refugees and provide food and water. However, Sudanese officials say there aren't enough supplies to meet the needs of all the refugees in the camp.

With as many as 50,000 Ethiopians expected to cross the border in coming days, Khalid urged the international community to act quickly in providing Sudan with food and shelter for the refugees.

“I expect a disaster before the end of this year if we don’t get the help," he warned. 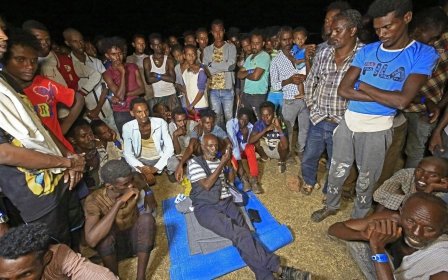 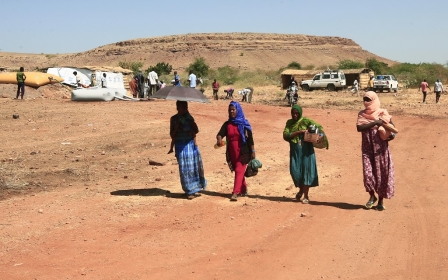 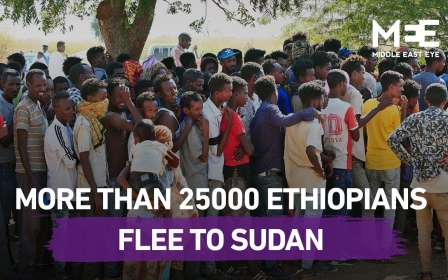