How racism has shaped the lives of five Ethiopian Israelis

The killing of Solomon Tekah by an Israeli police officer has put the spotlight back on the routine racism and brutality Ethiopian Israelis face. Five of them tell us their stories 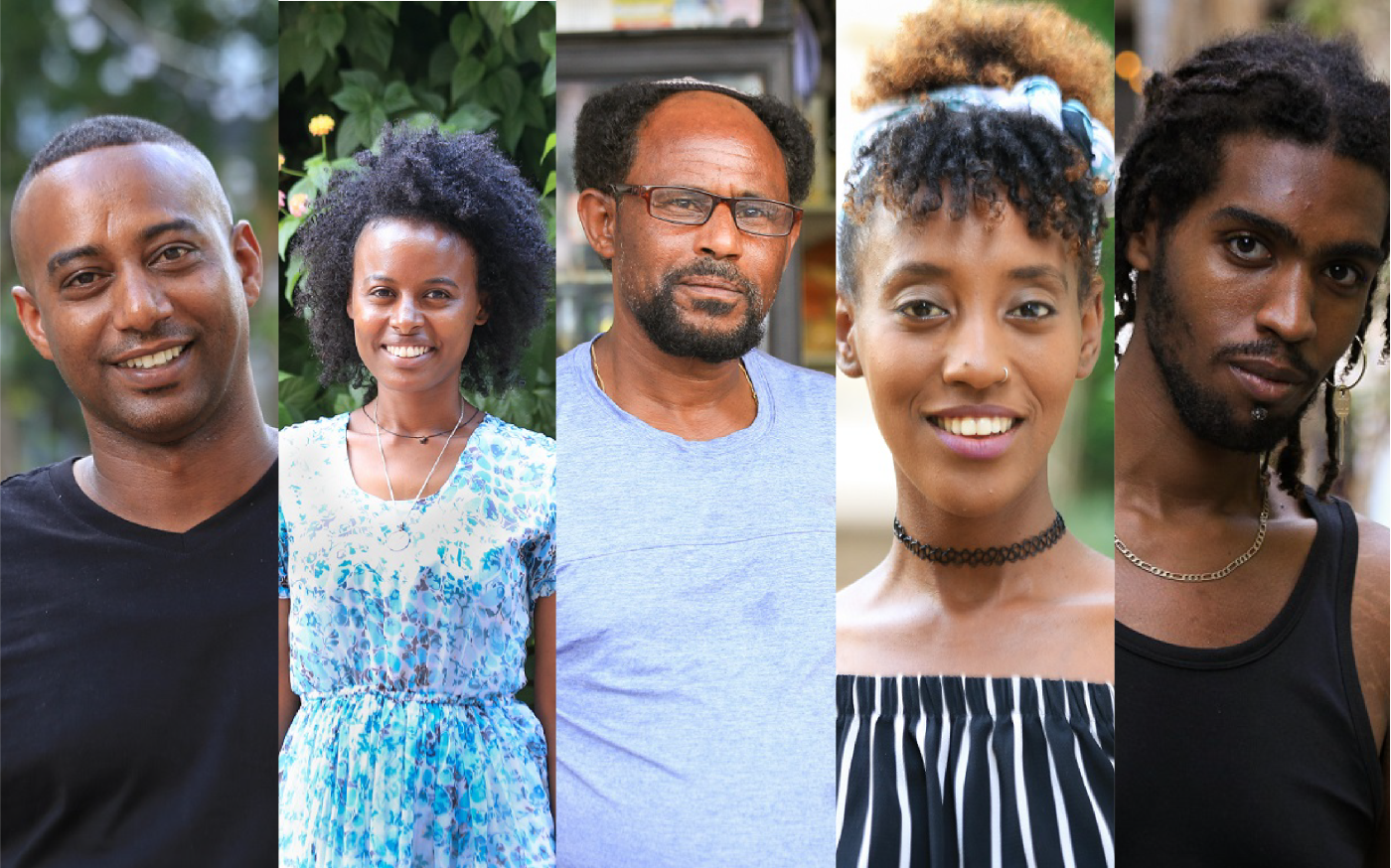 There are around 150,000 Ethiopian Jews in Israel today (MEE/Alona Nahmias)
By
Moran Nakar
in
Tel Aviv, Israel

On 30 June, an off-duty Israeli policeman shot and killed 18-year-old Solomon Tekah in Haifa, igniting a wave of protests as thousands of demonstrators blocked major highways in different cities across the country.

Nearly 200 protesters were arrested, with judges later criticising the police for picking up people without adequate evidence and denying them legal representation and medical treatment.

Tekah was the 11th Ethiopian Israeli killed by the police in the past 20 years. The demonstrations were only the latest in recent years over incidents of police brutality against the community which first started arriving in Israel 30 years ago.

Yet his killing has once again highlighted the racism and police abuse that members of Israel's 150,000-strong Ethiopian Jewish face routinely, as several members of the community told Middle East Eye:

'I’ll never forget that moment. It’s a trauma for life'

Levsay is a counsellor working with children and teens. He lives in Netanya and is married with one daughter. He immigrated to Israel at age 3.

“When I was 13 or 14, I had a traumatic confrontation with the police. Then I repressed it for many years. I grew up in Yavneh [a city in central Israel] in a religious family. I was a good boy, a nerd. While I was walking through the neighbourhood once, an unmarked car pulled up and some detectives got out and jumped me. They told me to take my phone out of my pocket and empty my backpack. They took off my shirt. I was just walking down the street. I’ll never forget that moment. It’s a trauma for life. All my friends have experienced racism, and not once or twice, but continually.

“When I got older, I looked to my older brothers in elite units in the army. I wanted to change the system from within. I enlisted in the Border Police and was injured during an operation. Now I’m a disabled veteran. After the army, I worked at Israel Aerospace Industries (IAI) for four years, in computers. I should have been promoted at that point to a good job.

"My immediate supervisor told me unequivocally: ‘They’ve only just arrived here, to Israel, and they’re already doing whatever they please. They should pipe down.’ He blocked my promotion. There was trouble, because I went to the higher-ups. I tried to sue him, I wanted to go to the media, but in the end I desisted. The CEO of the IAI plant where I worked said that if I did not resign, he would never hire an Ethiopian again. They explicitly demanded my resignation, or else no more Ethiopians would ever be hired by Israel Aerospace Industries.”

'The system gave up on me fast, as one more difficult child'

Asnaku is a preschool teacher and actor. Originally from Ashkelon, she now lives in Tel Aviv. She immigrated to Israel at age 4.

“There’s a concept called ‘tracking’ – where they take children from troubled neighbourhoods and low-socioeconomic strata and direct them into vocational education meant to train them for factory work. I grew up in Ashkelon, in a tough neighbourhood. [There were] amazing children, but economic resources were few. As an adult, I realised in hindsight that I was tracked, too. I had attention deficit disorder and my second-grade teacher insisted I should go to special education. My mother fought for me, but they decided finally to just have me repeat a grade. The system gave up on me fast, as one more difficult child. It’s blatant tracking: if I’d gone to special education, my life would look completely different.

'The rep told me, 'I have lots of jobs in factories, lots of Ethiopian girls go there''

“Esther Herzog [an Israeli social anthropologist] wrote a book about the bureaucracy that deals with Ethiopian immigrants. She describes how they removed children from their families and put them in boarding schools. At first, there was a logical reason for it; boarding schools would afford them a better education. Later on, it became a way to save the Youth Aliyah Child Rescue programme – which originally dealt with young Holocaust survivors, then children from Arab countries, and finally Ethiopians. Youth Aliyah fought to stay in business and demanded that Ethiopian children be taken from their families and sent to these boarding schools, even though my mother was able to care for me.

To take a child away from a good, familiar place is also a type of tracking. They didn’t do this to my brother, because he was what I call a ‘superhero’ – he was outstandingly talented at art. So the system helped him to advance. But I don’t think the system should be helping only the superheroes. They should help everyone equally.

“In the army, I was a docent at a museum, and when I finished my army service I wanted to work at something appropriate to my qualifications. I would send out my CV and get enthusiastic responses by telephone and then they’d meet me face to face and the conversation would change. I went to a human resources firm and the rep told me, ‘I have lots of jobs in factories, lots of Ethiopian girls go there.’ And I really did end up working in factories. When I looked for a job in Ashkelon selling clothes in a shop, they didn’t hire me.

"Today they do [hire Ethiopians], because a lot of Ethiopian young women left for Tel Aviv, the big city, and worked in big chain clothing stores and came back down south as branch managers. Then they started hiring Ethiopians to work under them. But ten years ago, the fashion industry in Ashkelon wasn’t like it is now. Hardly any big chains had branches there and no local fashion shop would hire a young Ethiopian woman."

'I feel the racism through my children'

Getow, 48, owns a grocery store and lives in Jaffa. He immigrated to Israel when he was 39.

“I have seven children. Two of my daughters serve in the Border Police. And still, my children are afraid the police might arrest them if they walk around outside. My sister calls her son, who’s a soldier, twice a day because she’s still afraid for him, even though he’s a soldier. We hear about these things happening all the time: right here at our doorstep in Bat Yam [a city just south of Tel Aviv], Yehuda Biadga was killed six months ago. [The young people] are just sitting with friends outside the house, and as soon as a police patrol sees two or three Ethiopians together, they stop alongside them and it gets crazy.

“As a shop owner, I don’t sense racism from the people here in the neighbourhood. Black and white live here together, it’s fine. I feel the racism through my children. Continual violence and problems. Eleven children were killed by the police. We work in this country, join the police and the army, the same as whites. But still there’s racism toward us. At demonstrations for instance – they don’t arrest white people, but they arrest us. There’s no democracy, except maybe for whites. There’s no rule of law for Ethiopians.”

'Because I’m Ethiopian, they figure I must need help'

Zenash, originally from Holon, is finishing up a BSc in Behavioural Sciences from the College of Tel Aviv-Jaffa. She immigrated to Israel at the age of 15 and a half.

“I’ve never encountered police violence myself, because women encounter it less. We go out less at night, we don’t tend to sit outside with friends like the men do. My brothers always confront racism from the police. They can’t sit outside without being harassed. They’ve also been refused entry to clubs.

'I am continually facing micro-aggressions. Everywhere – at work, and in my studies'

“Although I’ve never encountered outward racism, I am continually facing micro-aggressions. Everywhere – at work, and in my studies. For example, I began working at the library and there are always people who seem sort of surprised – like, what’s a young Ethiopian woman doing working at the library? Library patrons there don’t see me as a professional, they think I’m the cleaner. So they just ignore me and go to the other librarian.

“The friendships I’ve developed with fellow students at college are also of a particular type. I always felt that I’m in a position where I’m the one they feel they must help with notes, the one whose spelling they correct. As if I’m there under their protection. And I noticed that, when they realise I’m not like that, they distance themselves from me. They show their true face. Suddenly, they understand that I can get good grades without their help, and I can even explain things to other students.”

“As a college student, I’ve found that people will ask me directly whether maybe I need some help. Because I’m Ethiopian, they figure I must need help. People may not realise it, but when this happens repeatedly, you understand that there’s a problem here. White people evidently think that Ethiopians need help and can’t stand on their own two feet."

Originally from Rehovot, Gevya lives in Tel Aviv with adoptive parents who are white.

“I did my national service in the public defender’s office. One day, someone in need of a public defender came to us, looked from me to a woman lawyer I work with and then said to her, ‘I’m not going to get legal aid from that.’ He didn’t even say ‘he’ – he related to me as a thing. This amused me a little, because I was there in a position of power.

“In Tel Aviv on the streets, people are always staring at me. Recently, someone shouted at me to ‘go back where you came from’. When patrol cars pass me, they always slow down and drive alongside me down the street. Sometimes when I am walking in my own neighbourhood in Rehovot, I notice people crossing the street to walk on the other side. Just like that.

“Once at the supermarket, the woman behind me said I looked really interesting and asked where I was from. A woman behind her immediately answered for me: ‘Can’t you tell he’s an illegal?’ I turned around and told her that I’m adopted, and thanks for deciding where I’m from.

“People always expect something of us because we have dark skin, just because of our colour. And we’re not allowed to stray beyond the boundaries they’ve set for us. People are always expecting me to like certain things just because of my skin colour. I should love hip-hop or play basketball. All kinds of stereotypes like that, like how blacks live in America. But we haven’t come from the same places [as black Americans], we haven’t experienced the same things, we don’t have the same lives.

“When I was in Berlin, something happened that brought the reality of my life into sharper focus for me. I was riding down an escalator and across from me, riding up, was a black guy. He yelled to me, ‘Listen closely to what I’m telling you – they all look at you as if you landed here from the moon. You don’t belong here, you will never belong here. And it’s not because you don’t want to, it’s because they won’t let you.’ That’s the moment that’s really engraved in my memory. He understood that people look at me and look at him for no reason other than the colour of our skin. And in a few brief words he described my experience in Israel exactly: I don’t belong here, I will never belong here. And it’s not because I don’t want to or don’t deserve to, but because they won’t let me.” 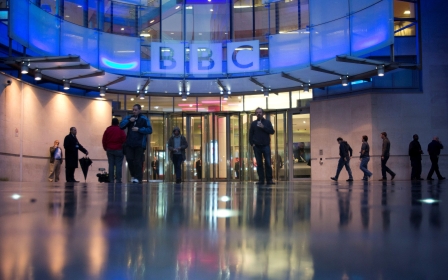