The EU does not recognise Israel's sovereignty over the Golan Heights and occupied Palestinian territories, and will label products made within these areas The European Commission, the EU's powerful executive, decided on Wednesday to label products from Israeli settlements sold in the world's largest economy.

Supermarkets and other retailers will now be required to mark products made in the West Bank and Golan Heights settlements, in addition to those in East Jerusalem, differently from those originating in Israel.

In response, Israel on Wednesday summoned its EU envoy, David Walzer, who told journalists earlier this week that the EU's decision is "extremely disappointing" and "unacceptable".

"This for us in Israel feels like we have been singled out for quasi sanctions using economic tools for punishment," Walzer said.

Israeli Prime Minister Benjamin Netanyahu has long opposed the proposal, which was put forth in 2012, and has denounced it in strong terms, likening the labelling to a "boycott" of Israel.

Netanyahu also wrote a letter on Tuesday to the European parliament president, Martin Schulz, in which he slammed the plan as “discriminatory” and “emboldening” those who seek to “eliminate Israel”.

Palestinian civil society leaders have welcomed the EU's decision, but have urged it to take more assertive action.

In a statement released by the Boycott, Divest and Sanctions movement, Mahmoud Nawajaa, general coordinator with the Palestinian BDS National Committee, hailed the decision as positive but called on the EU to halt its investments in Israeli settlements and to boycott trade and arm deals with Israel.

"This is a welcome sign that European governments are reacting to public opinion, civil society campaigning and Israeli intransigence and are becoming more willing to take some basic action against Israeli violations of international law," Nawajaa said.

"Yet putting some labels on a small number of Israeli products is hardly a proportionate response to repeated Israeli war crimes, especially given the widespread use of fraud by Israeli exporters to deceive customs officials and retail chains about the origin of their stolen goods."

In September, member of the BNC secretariat Rafeef Ziadeh had slammed the EU's plans to label settlement products as inadequate.

"Merely labelling, rather than banning, illegal settlement goods indicates political hypocrisy par excellence,” Ziadah said. "Why doesn’t [the EU] implement a ban on the import of products of Israeli companies that illegally operate in the occupied territories?"

However, Hugh Lovatt, the Israel-Palestine coordinator for the Middle East and North Africa Programme of the European Council on Foreign Relations, believes that asking the EU for a settlement ban is a "political non-starter".

"This is misunderstanding the political dynamics within Europe and the potential effectiveness of the legal tools that are at the EU’s disposal," Lovatt said.

The fact that Israel does not distinguish between products produced in settlements and those produced inside Israel is the country's Achilles heel, explained Lovatt.

"If the EU holds to this policy of differentiation that is starting to emerge, Israel will be [presented with] a dilemma: do they continue trading with the EU, which will involve them to change the way their own economy works and actually start differentiating, or do they actually prefer to continue deepening the settlement projects, which the knock-on effect will be [to have] harder bilateral relations with the EU and have other members of the international community," Lovatt said.

"I think it would be wrong to take the labelling as the epitome of EU differentiation," he added. "The labelling guidelines are nonetheless sending a political message to Israel, as we witness now in the reaction of Israeli ministers."

Lovatt maintains that EU differentiation could have a beneficial political impact, if pursued consistently, by “re-affirming international respect for the Green Line and helping to buttress the viability of a two-state solution to the conflict".

Consequently, this will embolden Israeli businesses and institutions to separate their activities within Israel from those in the occupied Palestinian territories. 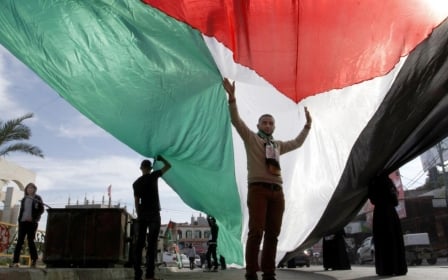