Turkish sources tell MEE they know when and where the missing Saudi journalist, last seen entering the Saudi consulate in Istanbul, was killed 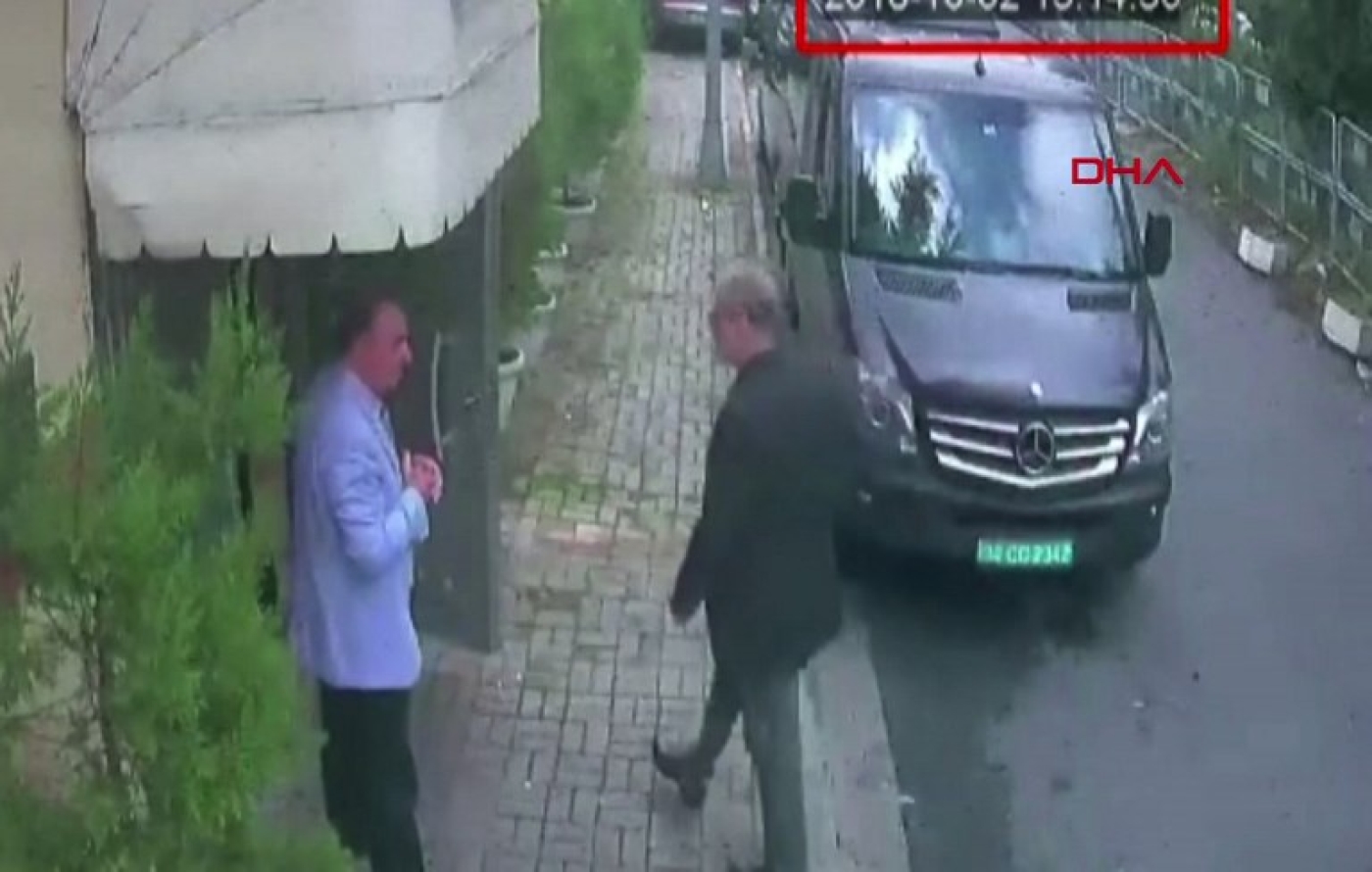 Jamal Khashoggi was dragged from the consul general's office inside the Saudi consulate in Istanbul last Tuesday before he was brutally murdered by two men who cut up his body, sources close to the investigation have told Middle East Eye.

Turkish officials say they know when and where in the building the veteran Saudi journalist was killed and are considering whether to dig up the consul-general's garden to see whether his remains are buried there.

Khashoggi, 59, has been missing since last Tuesday when he entered the consulate to obtain paperwork so he could remarry, and has not been seen since.

Saudi officials have strongly denied any involvement in his disappearance and say that he left the consulate soon after arriving. However, they have not presented any evidence to corroborate their claim and say that video cameras at the consolate were not recording at the time.

We know when Jamal was killed, in which room he was killed and where the body was taken to be dismembered. If the forensic team are allowed in, they know exactly where to go

"I would like to confirm that ... Jamal is not at the consulate nor in the Kingdom of Saudi Arabia, and the consulate and the embassy are working to search for him," the Saudi consul-general, Mohammad al-Otaibi, said on Saturday after the consulate was opened to Reuters journalists. "We are worried about this case."

But a Turkish source with direct knowledge of the investigation has given MEE a detailed account of what investigators say happened in the consulate last Tuesday.

"We know when Jamal was killed, in which room he was killed and where the body was taken to be dismembered. If the forensic team are allowed in, they know exactly where to go," he said.

Khashoggi first went to the consulate on 28 September and met with a Saudi diplomat in an attempt to get the papers he needed.

The Saudi diplomat passed him on to a member of Saudi intelligence, who said the consulate would be unable to provide what he needed that day, but he could return the following week, the source said.

Khashoggi left the building on Friday with the telephone number of the intelligence official.

On Tuesday morning, Khashoggi called and asked if he should still come to the consulate and was told that the papers were ready for him, the source said. His appointment was for 1pm.

As a time-stamped photo first published by the Washington Post has shown, Khashoggi walked into the consulate less than an hour later at 1.14pm.

He was greeted by an official, and led into the consul-general's room. Shortly afterwards, two men entered the room and dragged Khashoggi out of the office and into another room where they killed him, the source said, without elaborating how he was killed.

Khashoggi's body was then dragged into a third room and dismembered, he said.

A Saudi source told Reuters that British intelligence believed there had been an attempt to drug Khashoggi inside the consulate that culminated in an overdose.

Digging up the garden

There are around 22 cars that are registered to the consulate of which between three and four are of interest to the murder inquiry.

One of them left the consulate building at 3.15pm and went several hundred metres to the nearby consul general's home, the source said.

MEE understands that the prosecutor general is now considering whether to dig up the consul general's garden to see whether Khashoggi's remains are buried there.

A separate Turkish source told MEE that the consul general has not left his house for the past three days and has cancelled all of his appointments.

This source also said that the Turkish police want to search the residence and also take all the cars that are registered to the consulate to a secure location to examine them, but the Saudis have not allowed this.

A source also told MEE the Saudis took all the hard drives from the security camera room at the consulate with them when they left the building.

The Saudis on Tuesday rescinded an offer they made originally to allow Turkish forensic experts onto the premises. Their offer was withdrawn after Turkish media outlets published a list of 15 Saudis who arrived in Istanbul on the same day Khashoggi disappeared.

The source who outlined the account of how Khashoggi was killed said that police investigators were confident they already had enough forensic evidence from searches of the sewage network connected to the building.

A second Turkish source with knowledge of the investigation told MEE that the Turks had video and audio evidence of the killing. However, they have not revealed how they obtained this evidence.

But particular attention is being paid to the Apple watch that Khashoggi was wearing when he entered the building. This is synced electronically to the iPhone that he gave his fiancee before entering the building.

MEE has sought comment from the Saudi embassies in the UK and US.