Protesters kick away tear-gas canisters fired by police during clashes in the village of Nawidarat, south of Manama, on 24 February (Reuters)
By
Jamie Merrill

The British government has refused to back a joint United Nations statement criticising Bahrain over its deteriorating human rights record, Middle East Eye can reveal.

The Gulf kingdom has been on the receiving end of fierce international criticism after it resumed executions earlier this year, amid warnings the country was on the brink of a “human rights crisis”.

Human rights groups have described prisoners being burned with cigarettes, given electric shock and burned with irons, among other forms of torture, but to the dismay of campaigners, officials from the UK Mission to the UN in Geneva have refused to back a planned statement condemning the country's actions.

Britain signed the last joint-resolution on Bahrain in 2015, but a foreign office source told MEE that it would refuse to back a new joint motion on the country being proposed by the Swiss government this week.

“The UK considers the proposed Swiss statement does not recognise some of the genuine progress Bahrain has made. Instead, we will be issuing a UK National Statement that includes Bahrain," said the official.

Britain’s failure to tackle Bahrain at the Human Rights Council (HRC) meeting this week will go some way to watering down criticism of the kingdom, which London sees as a key ally in the fight against Islamic State (IS) group and is home to a major Royal Navy base.

It has also prompted rights group to accuse Britain of giving a signal to Bahrain and other Gulf states that the international community has given them a free pass to resume executions.

Moya Foa, a director at international rights group Reprieve, told MEE: “It is appalling that, weeks after Bahrain resumed executions, the British government is trying to block criticism of the Kingdom at the UN. The UK says it supports reform in Bahrain - but despite this, torture, forced confessions, and the use of the death penalty are rife. Instead of trying to whitewash Bahrain’s shocking human rights record, Britain should work with other countries to urge an end to these terrible abuses.”

Bahrain has faced international criticism since it violently put down pro-democracy protests in 2011 but the draft Swiss statement is expected to include the strongest UN condemnation of its rights record in recent years.

Human rights groups and Bahraini activists have also balked at the suggestion by British officials that the country has made "genuine progress" on human rights.

The death sentences, which prompted international condemnation, were the first to be carried out in Bahrain since 2010, amid claims that confessions in the cases were extracted under torture.

The execution of the three men by firing squad sparked protests to which the authorities responded with excessive force and increased arbitrary restrictions on the media, according to Amnesty International UK.

The rights group has since warned that two other men, Mohamed Ramadhan ‘Issa ‘Ali Hussain and Hussain ‘Ali Moosa Hussain Mohamed, are now at imminent risk of execution.

Reacting to the UK’s moves in Geneva, Polly Truscott, Amnesty’s foreign affairs advisor, said that Britain was “disengaged from political reality” over reform in Bahrain.

She said: “At best, it’s misguided given that Bahrain is now on the brink of crisis, with a resumption of executions, excessive use of force against protesters, and the continued detention of human rights defenders. We would question also whether its failure to publicly condemn such regressive measures is linked to trade and security deals.”

The UK moves over the planned Swiss statement follows reports last year that Britain waged a behind-the-scenes PR offensive aimed at neutering United Nations criticism of Bahrain for its human rights record, including the alleged use of torture by its security forces.

One NGO source in Geneva said the latest move by British ministers reflected a “post-Brexit imperative” to offer a “soft line” in the Gulf.

Tom Brake, foreign affairs spokesperson for the opposition Liberal Democrats, told MEE he would be writing to foreign secretary Boris Johnson to express disappointment that the UK had not backed the statement.

"The Government’s refusal to support a much tougher Swiss motion fully condemning Bahrain’s human rights’ record confirms, yet again, that in a post-Brexit world, the UK is putting trade before human rights," said Brake.

Sayed Ahmed AlWadaei, director of advocacy at the London-based Bahrain Institute for Rights and Democracy (BIRD), told MEE that the UK was playing a “dangerous role” in hampering human rights criticism across the Gulf. He said: “For the UK to say it cannot sign a statement highlighting the human rights violations in Bahrain reveals the damaging role the UK is playing at the UN.”

The proposed multi-national statement is not a binding UN resolution. It is set to be presented, as is usually the case, by the Swiss delegation to the UN and is expected to attract the backing of several dozen nations. It will not require any follow-up action, but will be seen as a damming stain on Bahrain’s international reputation and could potentially dissuade countries from engaging or investing in the kingdom.

A spokesperson for the British foreign office told MEE: “Where we have concerns about human rights in Bahrain we will continue to raise them at an appropriate level, both in private and in public. Most recently, following the executions in Bahrain, the Foreign Secretary issued a statement where he set out the UK’s long-standing opposition to the use of the death penalty in all circumstances and in all countries.

”The UK will continue to assist Bahrain with its reform agenda, as only by working with Bahrain are we able to bring about the changes we would like to see in the country.” 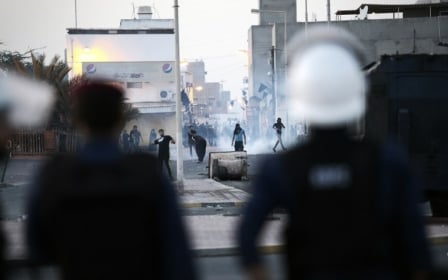 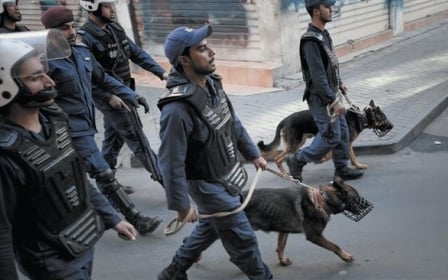