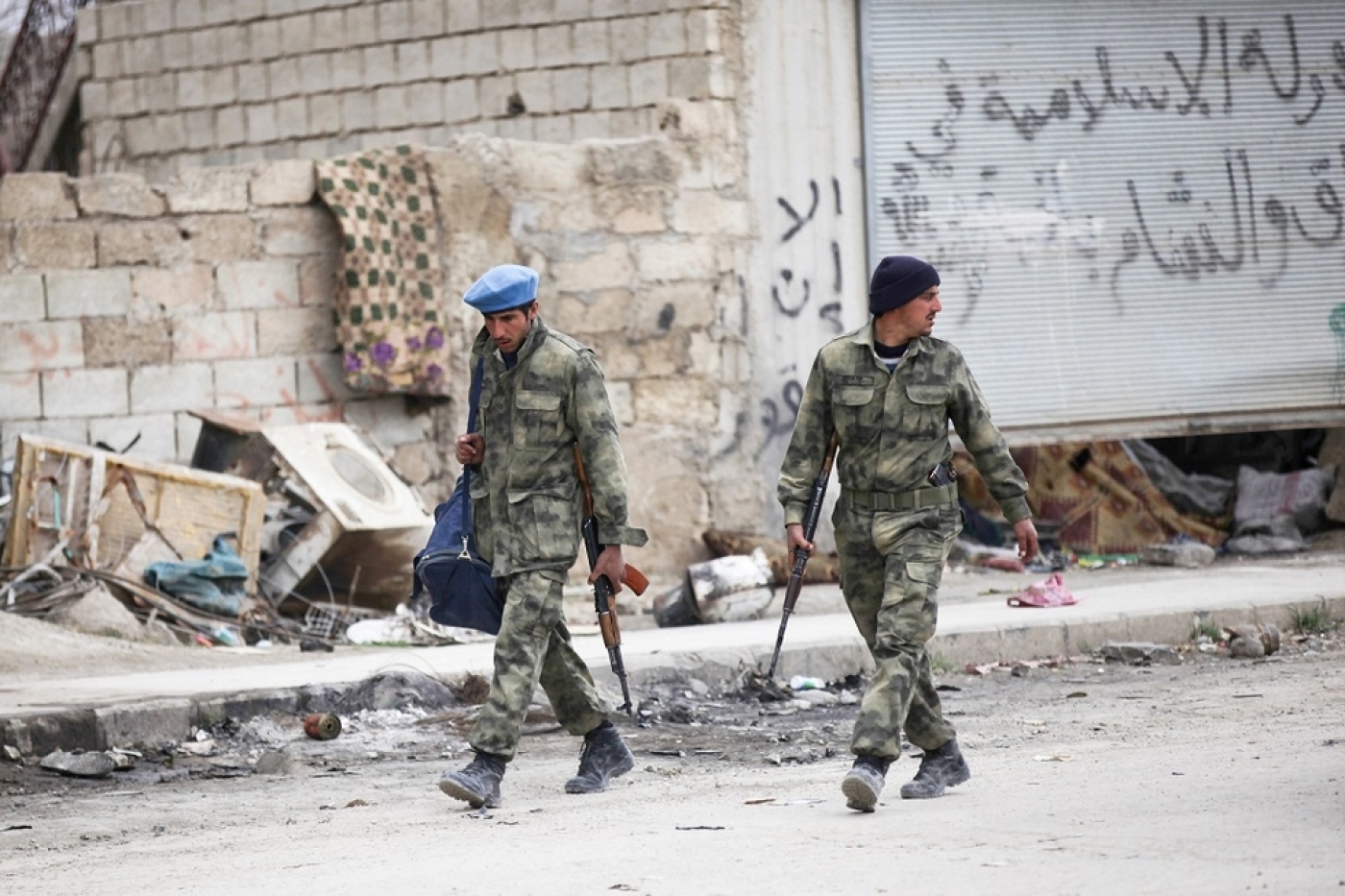 LONDON - The UK Foreign Office has restored funding to a controversial Syrian aid scheme accused of putting money in the pockets of hardline militants responsible for summary executions and stoning women, Middle East Eye can reveal.

The plug was pulled on the multi-million-dollar scheme to train a civilian police force in Syria in November after a BBC documentary aired allegations that officers from the Free Syrian Police (FSP) were working with courts accused of summary executions and torture, including the stoning of women.

The report, "Jihadis You Pay For", claimed that UK taxpayer money paid to the FSP reached people with links to the Nusra Front, the Syrian branch of al-Qaeda. The documentary also claimed that dead and fictitious police officers were listed on the force's payroll.

The serious nature of the allegations prompted the Foreign Office to suspend the Access to Justice and Community Security scheme (AJACS) amid grave concerns about its management by controversial UK for-profit contractor, Adam Smith International (ASI).

The revelation that the Foreign Office has resumed funding and support for the scheme comes as the Oxfam sex scandal is sending shockwaves through the aid industry and Westminster.

The BBC has fiercely defended the Panorama programme and told MEE that it "stands by its journalism". A spokesperson added that the Foreign Office did not approach the BBC during its investigation into AJACS and did not request further information or source material.

The broadcast of the documentary last year prompted a political row over development aid in Westminster and the use by the Foreign Office of the controversial Conflict, Stability and Security Fund to finance the project. The row saw Labour leader Jeremy Corbyn question Prime Minister Theresa May over the "grotesque abuses" of British funding for aid in Syria.

However, Foreign Office minister for the Middle East, Alistair Burt, has said that two investigations have concluded that the neither the Foreign Office nor ASI acted inappropriately and that the BBC's claims were "untrue, misleading or were dealt with appropriately by the project and donor".

In a letter sent last month to Margaret Beckett MP, chair of the influential Joint Committee on the National Security Strategy, Burt confirmed the $16.7m project had been restarted to "protect vulnerable Syrians".

He wrote: "Given the strong, positive impact AJACS has had on community security in Syria, and the commitment of our international partners to the programme, it is no longer justified to maintain the suspension on the back of allegations that are not supported by evidence. Critical support ahead of the winter has already been delayed, which is affecting lives on the ground."

Burt said that the decision came after an internal FCO investigation as well as a third-party probe by an unnamed "independent monitor". Burt admitted that "dynamics on the ground in Syria are fluid" but said the review found no evidence of wrongdoing.

MEE can also reveal that following the Foreign Office review, Adam Smith International, which at the time dismissed the allegations against it as "entirely inaccurate and misleading", is now in the process of submitting a complaint to broadcast regulator Ofcom over the documentary.

In a statement, Jonathan Pell, the interim head of ASI, thanked the Foreign Office for its "confidence" in the project. "The AJACS project, jointly managed by Adam Smith International, funds the Free Syrian Police, an unarmed community police force that works to protect local communities and prevent terrorist control of justice and security systems in liberated areas of Syria," said the statement.

Conservative MP Andrew Mitchell also defended the project. The former international development secretary told MEE: "As I said at the time, this story looked most unlikely to be true and so it has proved. It was pretty irresponsible of Panorama to put the boot in in this way. And the people who will have suffered as a result of Panorama's actions are some of the most desperate people on the planet."

The UK is one of six countries supporting the community-led police force, which was set up after the Syrian uprising and stationed in regions held by opposition rebels. Johnson announced in Apri that the UK would commit a further $5.5m. It is unclear if the Foreign Office will still commit these funds now that the project has been restarted.

A spokesperson for the BBC told MEE: "BBC Panorama stands by its journalism; we are confident that our programme was fair and accurate. The allegations in Jihadis You Pay For were based largely on ASI's own internal documents and were supported by the testimony of numerous sources.

"It is disappointing that the Foreign Office did not approach us during their own investigation to speak to us, ask for further detail, or look at any of the source material we had uncovered."