Fall from grace: Hezbollah in the eyes of Sunni Syrians 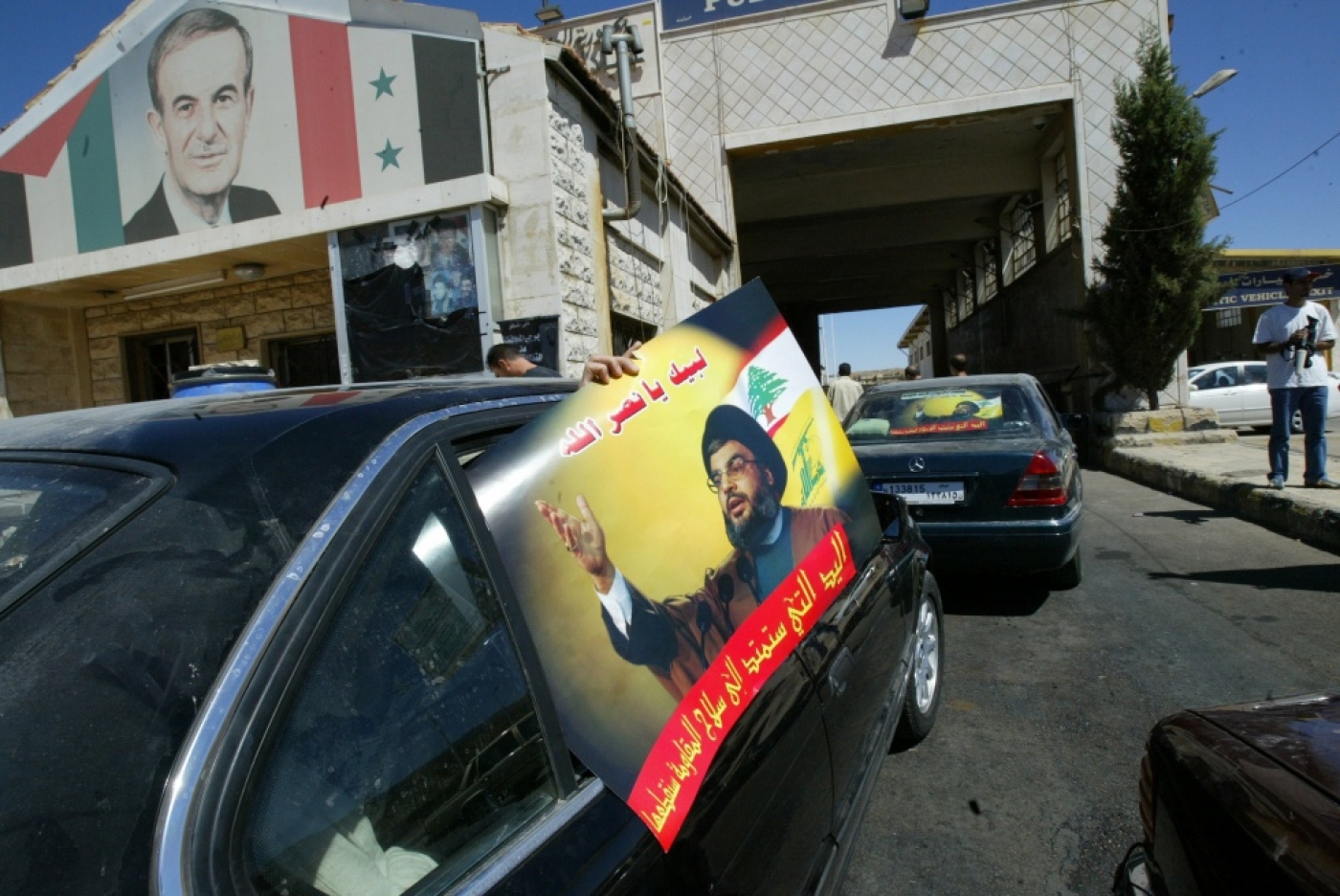 Lebanese citizens, waving portraits of Hezbollah leader Hassan Nasrallah, queue at the border point of Jdeidet Yabus, 40 kms west of Damascus, on their way back to Lebanon on 14 August 2006 (AFP)
By
Mamoon Alabbasi

Syria's Sunni majority helped Lebanon's Shiite group Hezbollah when it came under Israeli assault in 2006 and that support would have continued had the Lebanese movement refrained from backing President Bashar al-Assad in his crackdown against an initially peaceful uprising against his autocratic rule in March 2011, activists told Middle East Eye.

The Lebanese Shiite movement had been very popular among most of Syria's Sunni population, some of whom had expected Hezbollah to side with the protestors, as they saw that both shared a common aim of fighting oppression, the activists maintained.

"If [Hezbollah] had stayed at least neutral (in the Syrian uprising) then a free Syria without Assad would have continued to be their ally," Zakaria Moutlak, a former rebel fighter who had engaged in battles against the Lebanese militants, told MEE, adding that the same stance would have been taken towards Iran.

"From the outset of the Syrian revolution, Hezbollah gave the Assad regime propaganda backing, seeking to justify the murder of peaceful protesters," said Moutlak, who quit fighting following an injury in 2012 and is now involved in aid work on the Syrian-Turkish border.

"They (Hezbollah) were also supporting Assad with military advice before becoming fully engaged in battles in early 2012," more than a year before the Lebanese group's chief Hassan Nasrallah publicly announced the participation of his militants, Moutlak added.

'We saw them as our families'

His views were shared by Dani al-Qappani (a pseudonym), a media activist at the rebel-held Moadamiyet al-Sham, in the suburbs of the capital Damascus.

"It was Syrian families – not the regime – who hosted south Lebanese refugees fleeing Israeli bombardment in 2006. They (refugees) stayed under our roofs and we happily shared with them the little [means] we had. It was our duty and we saw them as our families," Qappani told MEE.

"Many Hezbollah militants were fighting Israel (in 2006) in the comfort of knowledge that their family members were safe and taken care of in areas like Moadamiyet al-Sham, Qussair and Homs - among many. Today these very areas are the biggest victims of indiscriminate attacks by Hezbollah," Qappani added.

"In 2006, there were even a few Syrian Sunnis who were killed [by Israel] while they were fighting alongside Hezbollah. Today they (Syrian Sunnis) are dying as they fight Hezbollah," Qappani said.

Both Moutlak and Qappani maintained that it was Hezbollah and Iran's backing of Assad from the outset of the uprising that turned what were pro-reform protests into a sectarian conflict, arguing that those who held anti-Shiite views were an isolated minority that had always existed but had little influence, whether in 2006 or in 2011.

However, the Syrian activists added, when people began to notice that most of the victims in the conflict were Sunnis, and Assad's foreign backers on the ground were predominately Shiites – who frequently use sectarian rhetoric – then anti-Shiite sentiments became more common.

Their view contrasts with the narrative put forward by supporters of Assad and Nasrallah, who charge that the uprising was of a sectarian nature from the outset, as it had been backed by Arab Gulf states, the US and Turkey to break the so-called "axis of resistance"  against Israel.

But the Syrian activists maintain that the only party that turned Syria's Sunni population against Hezbollah was the Lebanese group itself, adding that the bulk of Syrian rebels see Israel as their enemy and view Tel Aviv as favouring the relatively peaceful reign of Assad.

While warring sides in Syria accuse each other of being agents of Israel, Tel Aviv appears to be content with the current status quo, where Assad is weakened but none of the rebel factions are strong enough to replace him.

"I have heard from ex-generals in Israel that they very much prefer Assad to stay in power. They see him as safer for Israel," Meron Rapoport, an Israeli analyst, told MEE. "But the Israeli military feels very much threatened by Hezbollah, which is capable of hitting deep inside Israel."

Using the Palestinian cause to justify mass slaughter

Rapoport said there are reports suggesting that Israel has opened channels with unidentified Syrian rebels, adding that Tel Aviv does not fear the rebels much if they remain in a weak state. But once the rebels are finished with Assad they would be turning their guns on Israel, which is why Tel Aviv does not wish to see a change of power balance, he added.

Inside Syria, Palestinians are reportedly fighting on both sides of the divide, and have themselves fallen victim to the conflict's brutality.  Critics of Assad argue that he - along with Hezbollah and Iran - had been using the Palestinian cause to justify one the biggest mass slaughters of the century.

"We (Syrians and Palestinians) are both victims of oppressors and we both want to live free. When Israel was bombing Gaza [last summer] we forgot about our misery and started crying over theirs. But we are all helpless in the face of stronger aggressors," said Moutlak.

Supporters of Assad point to numerous Israeli airstrikes against Syria, the most recent of which killed six Hezbollah operatives and an Iranian commander. The attack prompted a swift retaliation by the Lebanese group, but it eventually ended in the restoring of calm with Tel Aviv.

"Israeli strikes against Syrian military targets were taking place before the March 2011 uprising, and each time the regime would respond with no more than a strongly-worded statement," Ghassan Ibrahim, a London-based Syrian commentator and CEO of Global Arab Network, told MEE.

"But against his own people, especially civilians, Assad has unleashed his most brutal weapons. What kind of resistance treats its supposed enemy better than its own civilians? In fact, even the regime's supporters have been sending messages to Israel that Assad is their [Israel's] safest bet. They say different things to different audiences."

Ibrahim was referring to the controversial Syria-based nun Mother Agnes, who told Haaretz during her visit to Israel that "if [the Assad] regime is toppled, it will be worse than Iraq. It will have consequences for Lebanon, Israel and Jordan, and it’s not a situation that will promote security."

In an interview with the Guardian, she defended Hezbollah's militancy in Syria: "Hezbollah isn't coming in as a religious force, and is not committing crimes of a religious nature." However, she suggests that the atrocities committed by Sunni militant groups entering Syria are of a religious motivation.

Neda Kadri, a Syrian critic of Assad based in the US, admits that there are now more international players on the ground in her country - including the underreported presence of foreign Shiite militants - than she would have liked to have seen. But she stresses that all of these developments were the outcome of deliberate policies set out by Assad and his backers to derail the uprising.

Kadri points to Assad's imprisonment of pro-democracy activists while at the same time freeing "extremists" from his jails, leading to the growth of infamous groups like the so-called Islamic State (IS), who are more engaged in fighting Syrian rebels than taking on pro-Assad forces.

IS militants, whose civilian victims have been predominately Sunnis, have had no issue in trading with Assad's government. "All the while, you have peaceful and non-sectarian critics of Assad being branded as 'takfiris' and 'terrorists' by Assad and Hezbollah supporters," Kadri told MEE.

"Before shedding Syrian blood themselves, [Hezbollah supporters] had been trying to cover up Assad's massacres, branding all critics of Assad [Islamist or secular, inside Syria or abroad] as Wahhabi terrorists," she added.

All the Syrian activists interviewed, however, confirmed that relations with Iran and Hezbollah can never go back to what they were like before, even in the event of the departure of Assad.

"Hezbollah likes to talk about a foreign conspiracy, I say yes there is one but against the Syrian people – not against Assad, Hezbollah or Iran," said Moutlak.

"From the very beginning, the West and its supporters were involved to make sure that no credible Syrian Islamist power takes over from Assad. They may talk to one group or fund another, but the end aim was never to topple Assad," he added.

"The aim was that if Assad was eventually going to be overthrown in the uprising then no respectable Islamist group would replace him. They can live with Assad, with Hezbollah and Iran inside Syrian borders - but they can't have moderate Islamists becoming too strong." 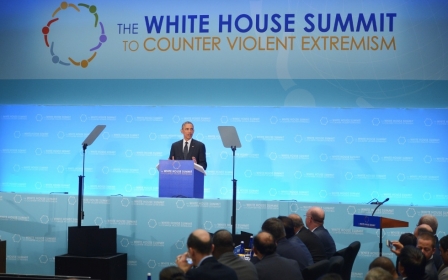 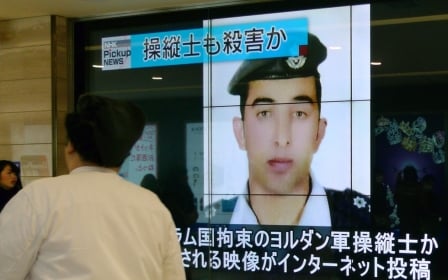 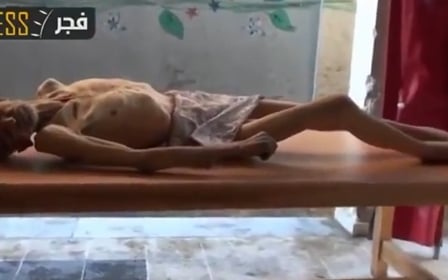