A betrayal of the spirit of the Sudanese revolution or a sensible measure to quell corruption? 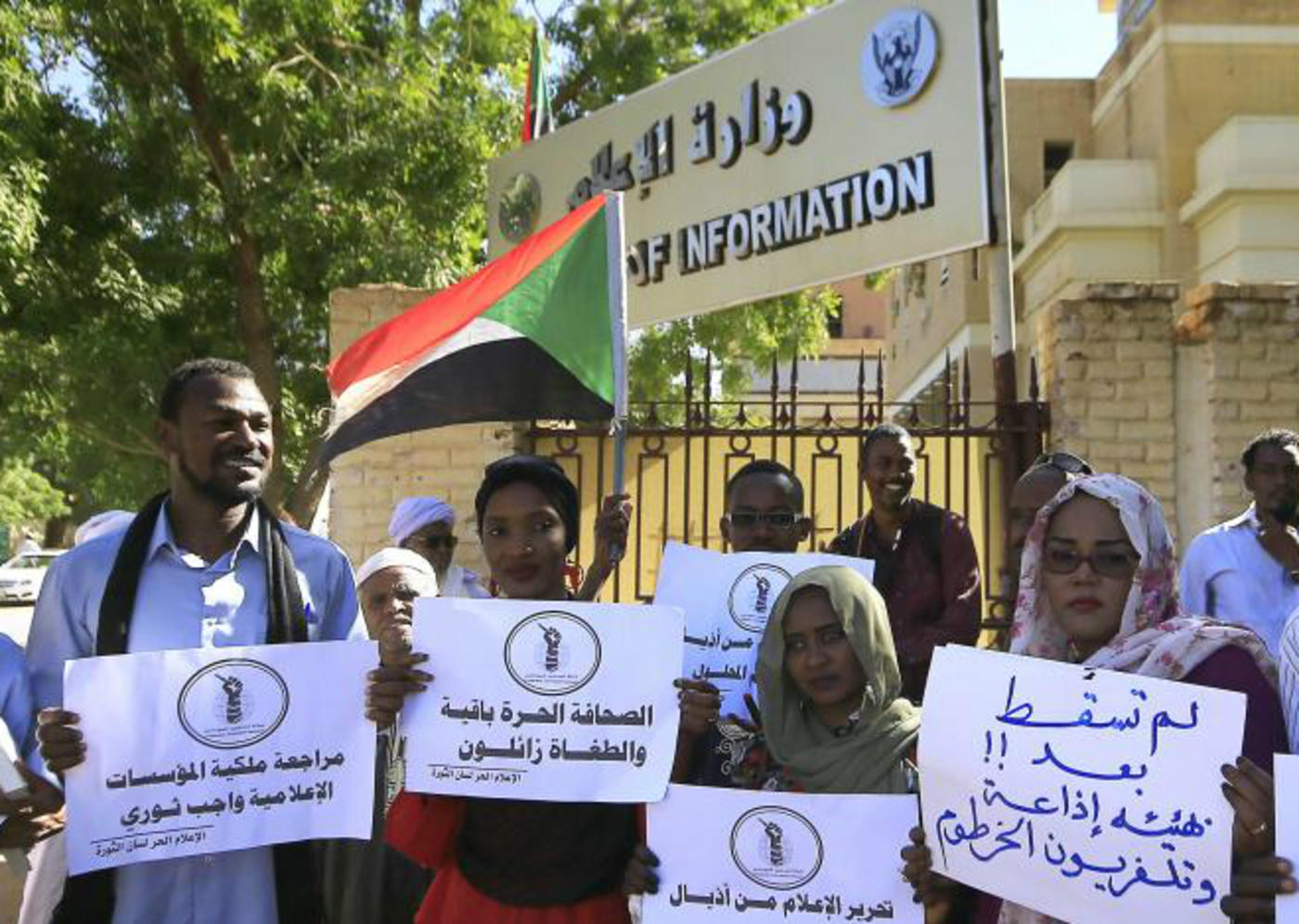 The closure in Sudan earlier this month of four media outlets believed to have been connected to former ruler Omar al-Bashir's government has attracted international criticism following a period of praise regarding improvements that had been made over the freedom of the press.

The decision to close the Al-Sudani and Al-Ray Al-Am newspapers, as well as the satellite channels of Ashrooq and Teeba, over alleged corruption and financing by the National Congress Party (NCP), Bashir's former ruling party, has also caused controversy within the country. The four media outlets were closed on 8 January as part of a broader effort to dismantle the NCP and all its affiliated entities.

In November, the country's transitional authorities announced a law to dissolve the NCP, which also allowed for the party's assets to be seized.

The committee that ordered the closure of the media outlets said the aim was to examine their bank accounts and establish whether they were still being financed by members of the former government.

Other institutions affected included the Holy Quran society, which was closed down over similar allegations, and the International University of Africa, based in Khartoum, which was ordered to be audited.

Taha Othman, a member of the sovereign council legal committee, said the Ministry of Religious Affairs would now manage the Holy Quran society.

Reporters Without Borders (RSF), the International Federation of Journalists (IFJ) and the Committee to Protect Journalists (CPJ) all condemned the decision to close the media outlets.

“Reporters Without Borders condemns the new Sudanese government’s sudden closure of four media outlets that supported the former regime and asks it to show concern for the fate of their more than 200 journalists," RSF said in a press release.

"Instead of closing media outlets, the authorities should make sure the Sudanese media comply with a code of ethics.”

In a statement on its official website, the IFJ said: “In a new move to curb press freedom, the Sudanese government announced the seizure of four independent media houses, including two newspapers and TV-channels.

The CPJ called on Sudanese authorities to revise the decision.

“Sudanese authorities should end the suspension of these newspapers and TV stations and ensure that press freedom does not become collateral damage during a sensitive moment,” it said.

All four media outlets and the Holy Quran society have denied receiving money from the NCP.

Wagdi Salih, spokesman for the Anti-Corruption Committee, which has been tasked with dismantling the NCP and its affiliated entities, defending the decision to close down the media outlets.

He told Middle East Eye that the decision to close the outlets had nothing to do with the freedom of the press or freedom of expression in the country.

“We are tracking the illegal ownership of these institutions, not their editorial policies or what they wrote,” Salih stressed.

“It’s a big joke that the supporters of the old regime are now crying for the freedom of press and expression that they oppressed everyday through the 30 years of their ruling.”

Salih said the committee had hard evidence and information they had received from the security organs and other institutions concerned proving that the outlets had basically been established and financed by the former ruling party.

“Our aim and mandate as is to return the looted money to the nation because it’s one of the main demands of the revolution so we won’t abandon our task... We will press on to dismantle all institutions that looted the money of the Sudanese people, regardless of them working in the media or any other area.”

In a news conference last week, Rashid Saeed, the undersecretary of the Sudanese ministry of information, said that Ashrooq had been established by money paid following an order from Bashir.

He also said that the transitional government had suspended the media outlets under the law authorising authorities to seize the assets and funds of the former regime, and not because of their editorial line.

“They spent millions of euros to establish this channel with public money, also for the Teeba channel, the former president himself has admitted in front of the court that he paid for them from public money,” said Saeed.

“For example, for the Holy Quran society, we found that it owns a gold mining site, this is clear corruption that we would never tolerate."

Inside Sudan, journalists and pro-democracy protesters were split over the closure, with some supporting the transitional government's committee tasked with the dismantling of the former ruling party, while others opposed the action, arguing the decision went against the message of the revolution.

Diya Aldin Bilal, the chief editor of Al-Sudani, one of the newspapers that was closed down, accused the transitional government of silencing the voices of journalists and any opposition, adding that “they are practising the same attitude of the old regime”. Addressing a news conference in Khartoum earlier this month, Bilal denied any links with or the financing of his newspaper with the old regime.

“We have nothing to do with the old regime's money or political positions, but the current government is practicing the same oppression against the media,” he said.

“Unfortunately, the Sudanese politicians are changing their views according to their political position and the government of the Forces of Freedom and Change has changed its slogans and the principles that they claimed that they had come to defend when they came to the power.”

However, Khalid Fathi, the secretary general of the Sudanese Journalist Network, welcomed the decision, saying its aim was to fight corruption and to control the assets of NCP, and had nothing to do with freedom of expression.

“We have to take these outlets case by case, as for example with Teeba the authorities have received complaints from Nigeria and Ethiopia that this channel is broadcasting hate discourse in local languages in these countries," he told MEE.

"For Ashrooq and Al-Ray Al-Am it is known that they have been financed by the former ruling party, the controversy is now about the ownership of Al-Sudani, and that can be easily checked by the general auditor.”

“This move is for fighting corruption and is actually supporting transparency and the rule of law.

"But the committee dismantling the old regime's institutions is supposed to be cautious and needs to double check the information it receives, especially about the media houses, because this issue is sensitive and can be linked to freedom of expression.”

Sudanese political analyst Magdi el-Gizouli, a scholar at the Rift Valley Institute (RVI) think tank, believes that the transitional government should be focusing on more pressing threats to democracy in Sudan, rather than the banning of newspapers.

“The real threats to democracy in Sudan are not the newspapers, but the security organs, the army leaders and the militias, they are all now on the top of the government following the compromise made between the civilians and the military,” he said.

“The reformation of the security sector is the priority, not the media”.

“I wonder how the new rulers, who were freedom fighters resisting the former regime, are now trusting the security organs which were part of the old regime, and receive their reports regarding the assets and investments of the former ruling party from them.” 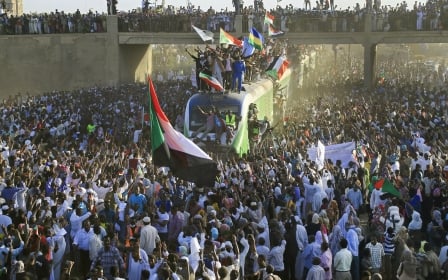