Flotilla sends a concrete message of hope for many Gazans

With Freedom Flotilla III about to arrive in Gaza, all eyes are on Israel to see how it will react to this breach of its siege on the coastal Strip 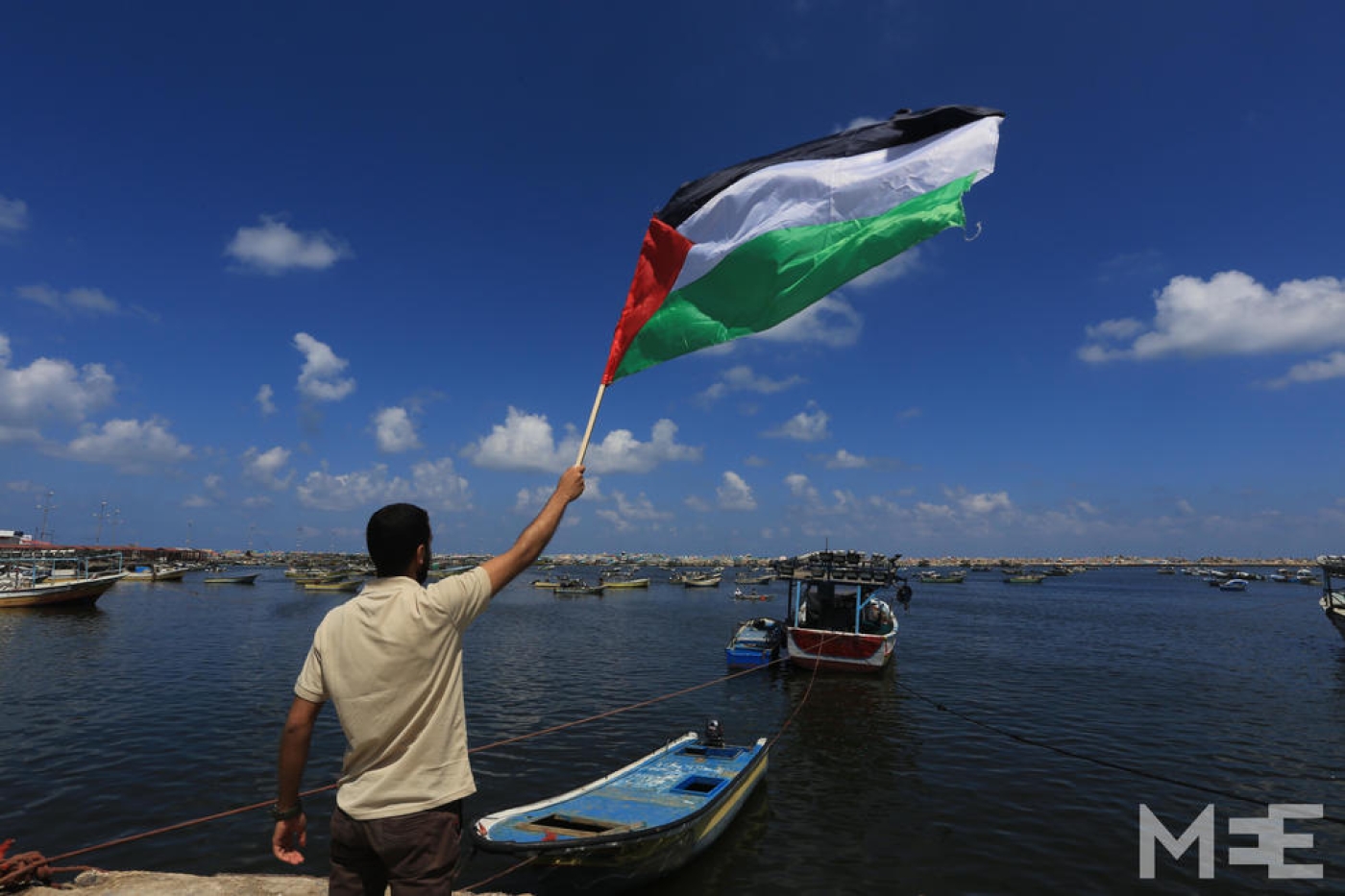 GAZA CITY - The tides are changing in Gaza. Not just the regional political tides which offer new hope to Gazans who feel that something good is coming in the next period - either from Egypt’s side with the opening of the Rafah crossing, or from Israel’s side with a possible prisoner exchange deal, similar to the one in 2010. But an actual change is coming from all the way out to sea, where the eyes of many Gazans rest watching the now-quiet sea harbour.

A converted Swedish fishing trawler has left Italy, filled with human rights activists from more than 20 nations, sailing into the Mediterranean to accompany other vessels headed in one direction - Freedom Flotilla III has one purpose: to break the Israeli siege on Gaza.

The "Marianne of Gothenburg," which left Sweden on 10 May, has published its voyage down the Mediterranean coast of Europe towards Gaza. Its imminent arrival in Gaza is the source of excitement for many locals.

Mahmoud al-Abbsi, 23, a Gazan sandwich seller, said that he welcomes such flotillas, and that for him what matters most is not just that they bring vital aid supplies, but also “that the passengers onboard will carry the message out to the world about the punishing daily life for 1.8 million people under siege by Israel”.

Mohammed Salim, 17, one of many people walking by the fishing harbour after Ramadan, said he hopes Israel will allow this flotilla in, so the world thinks there is no land, sea and air siege on Gaza.

“I am hopeful that this flotilla will make it to Gaza, and bring good news that the illegal blockade is broken. And maybe more Arab people will stand up with us in solidarity,” he said. “We all know that Israeli naval piracy might attempt to stop the flotillas. And, if this happens, we will demonstrate in the harbour again and hashtag the global social media to spread the word of injustice.”

From the Euro-Mediterranea Human Rights Monitor office in Gaza, chairman Ramy Abdu said: “We Gazans are now more eager than ever to welcome the flotilla.”

Abdu said the timing of the flotilla is important, with all the upcoming political regional shifts. He expressed hope that this will be a first step towards establishing a seaport, allowing Gazans to travel freely, without intimidation.

Abdu participated in Tuesday evening’s event at the Gaza fishing harbour by lighting candles of welcome for those arriving from more than 20 countries.

Meanwhile, al-Abbsi said he felt that Israel wanted to improve its international reputation after the war. “I would be surprised if they let the boats through, but they may want to fool the world that there is no blockade on Gaza by allowing the boat in.”

Al-Abbsi said he does not feel the boat is going to bring any obstacles for any indirect talks between Israel and Hamas. “We know such talks take years, and we have waited long. Let us see the boat which we hope will bring us freedom to travel.”

On Sunday, Tzipi Hotovely, the deputy Israeli minister of foreign affairs, told the Jerusalem Post that her ministry was “working around the clock through all possible diplomatic channels” to block the flotilla.

Hamas, on the other hand, and its top senior political leader, Ismail Haniyeh, sent greetings to the passengers expected in Gaza soon. “We welcome those international solidarity members on Freedom Flotilla III,” Haniyeh said.

But the flotilla presents Israel with challenges, as among those on board are distinguished political figures, including former Tunisian president Mohammed Moncef Marzouki and the Palestinian member of the Israeli Knesset Basel Ghattas, who announced his participation in an open letter to Netanyahu, as well as several European MPs and activists.

Hotovely said that Ghattas’ involvement amounted to “serving the enemy with parliamentary immunity”.

The boat is carrying solar panels, medical equipment and other humanitarian assistance. A new report published last May by the Geneva-based Euro-Mediterranean Human Rights Monitor has focused on the effects of the Israeli blockade and Israel’s attacks on farmers close to the buffer zone as well as fishermen who have been shot at.

Al-Abbsi said he was aware that in May 2010 Israel attacked a flotilla and 10 Turkish peace activists were killed and 50 more injured on board. This could happen again, he said. But, he added, now the game is different and the world knows Gaza remains under siege and devastated by war, with no supplies to rebuild ordinary life for its residents.

UN Special Rapporteur Makarim Wibisono also visited the Middle East earlier this month, but was denied entry by Israel to the occupied Palestinian territories and was also denied an official response to his request.

Wibisono is concerned about the blockade, now in its eighth year, which has imposed severe restrictions on Palestinian freedom of movement, economy, imports and exports, and has left Gaza with soaring unemployment and dependence on international aid, as he told the Human Rights Council last Friday.

“The bottom line remains that, if Gaza is to recover from the damage wrought by multiple rounds of hostility and a shattered economy, the blockade must be lifted.”

But Palestinians in Gaza find such comments from internationals not strong enough to force Israel to change its policies on the ground, said Shaymaa Miqdad, a local Gaza writer.

“I know the flotilla is symbolic support and can’t solve Gaza’s problems, but we can’t for too long live under siege with very limited resources.”

“What we need are actions, similar to Flotilla III,” Abdu told MEE. He said it was “a Palestinian right to have a sovereign seaport and free movement between Gaza and the world”.

Abdu said the EU has previously agreed to install an EU Border Assistance Mission observer unit at Rafah crossing, and the EU could also do the same at the Gaza seaport.

“In this case, EU observers could take care of all Israel’s security concerns and fears concerning Palestinians smuggling weapons by sea.”

However, for now the image is not totally rosy, as the coming days will show the determination of those on board the flotilla to deliver aid and see the situation in Gaza for themselves, as one Swedish journalist on the boat, Kajsa Ekis Ekman, told MEE a day before her departure.

Meanwhile, fishermen in Gaza have witnessed increasing activity by Israeli gunboats within five miles of shore, as well as constant shooting aimed at fishermen.

“We are heading for a big test of intentions and Israel has to decide what it wants from Gazans,” said Salim, his hopeful eyes searching the horizon. Occupation
Gaza-bound flotilla readies to sail as VIPs board boats