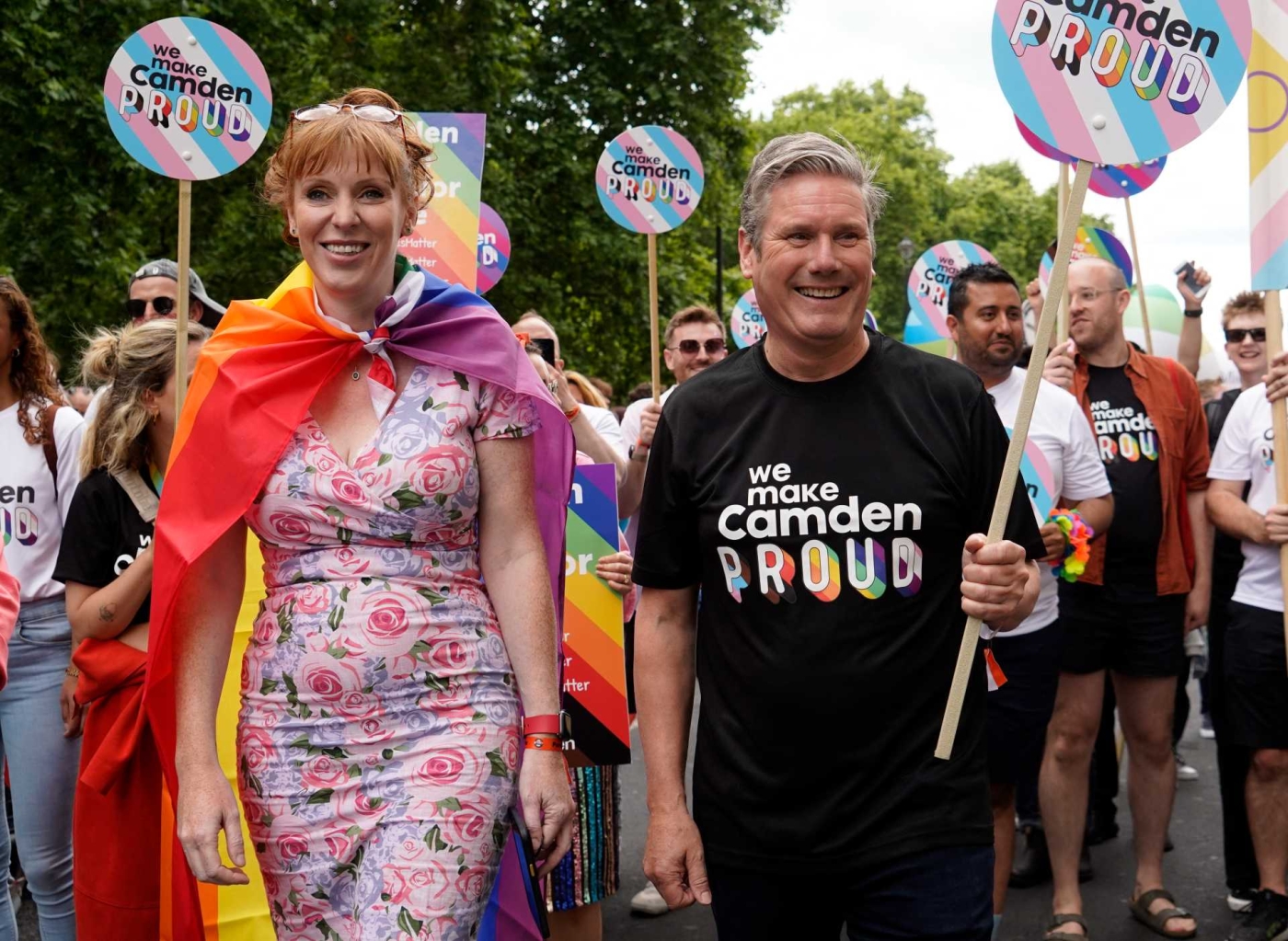 A damning report commissioned by the UK’s Labour Party into its own management practices has concluded that a “racist, sexist and otherwise discriminatory culture” is undermining its efforts to promote itself as being “in the vanguard on diversity and inclusion”.

The long-delayed Forde Inquiry report, which was published on Tuesday, also found that allegations of antisemitism within the party were “treated as a factional weapon” by both officials in Labour’s party headquarters and in Jeremy Corbyn’s leadership office.

The report said a factional conflict between the left and the right of the party had reached a level of intensity not seen prior to Corbyn’s leadership between 2015 and 2020, resulting in a “toxic mutual hostility”.

The report was highly critical of the party’s management practices, recruitment policies and disciplinary procedures which it said were ill-equipped to deal with an increase in antisemitism complaints following a surge in party membership as Corbyn won the leadership.

But it said these problems were “seriously compounded by factionalism”. Many of the issues came down, it said, to “poor communication and paranoia rather than bad faith actors”.

The inquiry into the party, chaired by barrister Martin Forde, was commissioned by Keir Starmer, the current Labour leader, in April 2020 following the leaking of an internal Labour document that reviewed its handling of antisemitism complaints.

That document had been compiled in response to an inquiry into allegations of antisemitism within the Labour Party by the Equality and Human Rights Commission, the UK’s equalities watchdog, but was never submitted to the EHRC.

The leaking of the internal document is the subject of an ongoing inquiry by the Information Commissioner’s Office, the UK’s data privacy watchdog, while several individuals named in the report have also taken legal action against Labour.

The Forde report said it would not comment on who leaked the report in order not to prejudice the ICO's investigation. It said the ICO had neither confirmed nor denied whether criminal proceedings were being contemplated in relation to alleged contraventions of data privacy laws.

The Forde report said the Labour staff whose private messages had been quoted in the leaked document had not been given a right of reply in a “clear breach of natural justice”.

It said the leaked document had been compiled by “young and inexperienced authors with seemingly little supervision from more senior staff”.

But, it said, the WhatsApp messages had fairly represented the tone and contents of messages shared between senior party headquarters staff about Corbyn, his office staff, and his supporters on the left of the party.

A WhatsApp “echo chamber”, the report said, had amplified factional hostility and the messages’ “undoubted overt and underlying racism and sexism” had exposed “serious problems of discrimination in the operation of the Party”.

It also cited concerns raised within the party that the attention paid to the surge in cases relating to antisemitism meant it was “operating a hierarchy of racism or of discrimination with other forms of racism and discrimination ignored”.

It cited testimonies submitted by party members and staff complaining that racism, sexism and Islamophobia were not taken as seriously within the party on a local or national level.

'It is incredibly hard not to draw the conclusion that, just as in British society, Islamophobia is not treated with the same seriousness within the Labour Party as other forms of racism'

One person who submitted evidence to the report is quoted as saying: "It is incredibly hard not to draw the conclusion that, just as in British society, Islamophobia is not treated with the same seriousness within the Labour Party as other forms of racism."

The report called on Labour to address concerns about both antisemitism and Islamophobia through a "broader ethical anti-racism training programme alongside education on other protected characteristics".

It accepted the conclusions of the EHRC investigation which said in October 2020 that there was an improper involvement of Corbyn’s office in a number of high-profile antisemitism cases.

But it said this had mostly been due to “a lack of clarity (on both sides) about how involved LOTO [the Leader of the Opposition] should be, and this was aggravated by the mutual antagonism between HQ staff and LOTO”.

It said it had seen enough evidence of direct intervention to “support the conclusion that such interference, at times, went beyond what was the legitimate interest of LOTO, most notably in relation to cases which involved allies of Jeremy Corbyn”.

“We have also seen evidence of denialism about antisemitism amongst some on the Left, who asserted that the issue was being exaggerated to undermine the leader.”

Corbyn was suspended by Starmer from the parliamentary Labour Party following publication of the EHRC report after he said the scale of antisemitism in the party under his leadership been "dramatically overstated" by his opponents.

But, the Forde report said, media reports suggesting Corbyn’s staff had “aggressively imposed themselves on the process against HQ’s wishes” were misleading. Rather, it said, staff involved in investigating antisemitism complaints had sought the views of staff within Corbyn’s office.

Nor, the report said, had the authors of the leaked document sought to play down the issue of antisemitism within the Labour Party.

Addressing allegations that opponents of Corbyn within Labour headquarters had sought to sabotage the party's results in the 2017 general election, the report said some senior staff had covertly directed £135,000 in campaign resources to anti-Corbyn sitting MPs rather than to pro-Corbyn candidates targeting potentially winnable Conservative-held seats.

While the diversion of funds had been "wrong", the report said it was "highly unlikely" that the operation had cost the party the general election.

Responding to the publication of the report in a statement on Facebook, Corbyn said it had laid bare a "toxic environment" shaped by "powerful groups in the party" who opposed his leadership, and called out racism directed by party officials at Diane Abbott, who served as Labour's shadow home secretary from 2016 to 2020.

Corbyn said: "The appalling behaviour that Forde calls out, including the repulsive racism and sexism shown to Diane Abbott and others, should have no place in a progressive party. Toxic factionalism is far from over - nor are persistent problems of racism and sexism - and action must be taken, as Forde makes clear."

A Labour spokesperson told MEE that the party had introduced a new complaints procedure as well as measures to tackle discrimination including antisemitism awareness training and a new codes of conduct on Islamophobia and Afrophobia and Anti-Black Racism. 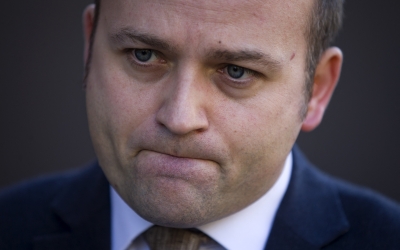 He said: “Keir Starmer is now in control and has made real progress in ridding the party of the destructive factionalism and unacceptable culture that did so much damage previously and contributed to our defeat in 2019.”

But Hilary Schan, co-chair of the left-wing Momentum Group which supports Corbyn, told the BBC that the report showed that right-wing party officials had "worked to undermine the party's general election chances and its own complaints system, including on antisemitism".

In a statement, the Labour Muslim Network, which seeks to promote British Muslim engagement with the Labour Party, said: "It is difficult to read this report and reach any other conclusion than there being institutional Islamophobia within the Labour Party.

"This must now be a turning point for our party. There is a racism emergency we must deal with urgently."

The Muslim Association of Britain said the report had exposed "a toxic culture of racism and Islamophobia within Labour Party structures", and said Starmer had "failed to show leadership" on the issue.

It said: "We call on the Labour Party to listen to the demands and concerns of Muslims and to immediately act on the findings of this report to rid itself of the plague of Islamophobia within its ranks." 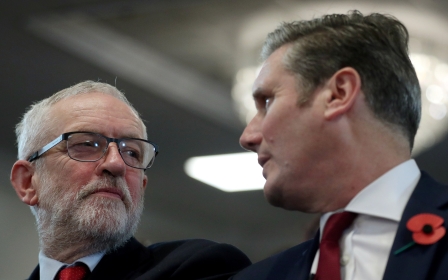 Antisemitism
Labour and antisemitism: What’s going on at the Forde inquiry?
Richard Sanders 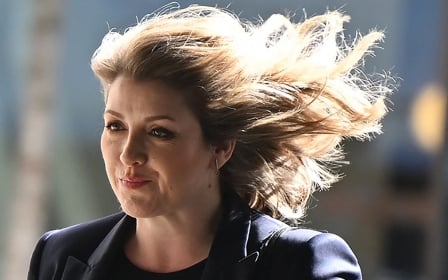 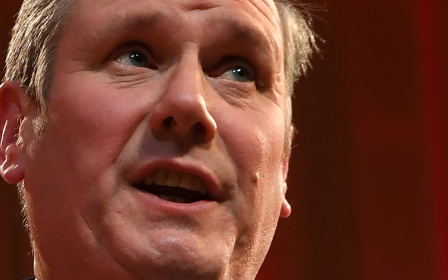