Among the volunteers is a 24-year-old British-Chinese fighter Huang Lei, who is reportedly leading the six-man squad A group of foreign fighters, including three Britons, is heading to the Syrian city of Afrin to join the Kurdish YPG militia in their fight against Turkey.

The news came as Turkish President Recep Tayyip Erdogan vowed on Wednesday to press Turkey's offensive against Kurdish militias in Syria until "the last terrorist" was killed.

The offensive was "continuing successfully", said Erdogan, adding that Syrian opposition fighters and Turkish forces were "step by step taking control of Afrin".

Turkey launched "Operation Olive Branch” on Saturday aiming to root out the Kurdish People’s Protection Units (YPG) militia, which it sees as a terrorist group.

The Afrin offensive has caused concern among Turkey’s Nato allies, especially the US, which continues to supports the YPG in its efforts to defeat Islamic State in Syria.

"We are all ready to go and fight in Afrin,” a spokesman for the foreign fighters said in a video posted online.

“We have been training for a significant amount of time in tactics that work against any force. We are prepared and have been supplied by the YPG to fight against Turkish terrorists,” said an unnamed spokesman, who had an American accent.

Foreign #YPG fighters standing before a banner of #US-backed #SDF announce they will start fight the #Turkish army in #Afrin. #Syria pic.twitter.com/sIPXEGvqVk

"We were fighting against ISIS in Syria and suddenly we heard that Turkey is attacking Afrin and bombing the city," he says.

"We want to go there to help people defend the city and protect the people."

In what appeared to be a retaliatory attack on Wednesday, one person was killed and 13 others were wounded in the Turkish border province of Kilis when rockets were launched from Syria, Governor Mehmet Tekinarslan said.

One of the two rockets hit a local mosque, witnesses said.

Among the volunteers is a 24-year-old British-Chinese fighter from Manchester, known as Huang Lei, who according to The Times, is the commander of the six-man squad of foreign fighters.

Lei, who originally travelled to Syria in 2015 to fight against IS, told the BBC it was his "duty" to fight.

Lei also told the BBC that there are two other Britons with him among the group, although they have chosen to remain anonymous.

The British Foreign Office (FCO) warns against all travel to Syria, and says that individuals fighting in Syria will be judged on a case by case basis.

"If you travel to Syria to fight, and your activities amount to offences against UK terrorism legislation, you could be prosecuted on return to the UK," it warns.

Ankara sees the YPG as an extension of the separatist Kurdish group, the Kurdish Workers' Party (PKK) within its own borders, which has waged a decades-long insurgency against the Turkish state.

The arrival of the foreign fighters is therefore likely to complicate an already complex situation in Afrin.

According to Michael Stephens, a Middle East analyst from the Royal United Services Institute (RUSI) the participation of the foreign fighters may bring a new dimension to the conflict.

"Previously their actions had aligned completely with the goals of coalition partners," he told the BBC.

"Now these volunteers are taking on a sovereign country and a Nato ally and this brings up certain legal considerations."

Lei has expressed fears over consequences he may face if he returns to the UK.

"I really hope I can return, but I don't want to come back and get arrested," he said.

"I am here to fight against terrorists. I don't want to come back home and become a terrorist."

The YPG of northeast Syria called on Tuesday for mass mobilisation in defence of Syria's Afrin region against a Turkish military offensive.

Britain and other western countries have tried to discourage their citizens from joining the YPG, to which hundreds of foreigners have been attracted by the opportunity to fight IS.

Prominent British fighters who have previously fought alongside the YPG include former Conservative council candidate who goes by the pseudonym Macer Gifford, and Kimmie Taylor, a female maths graduate from Liverpool University. 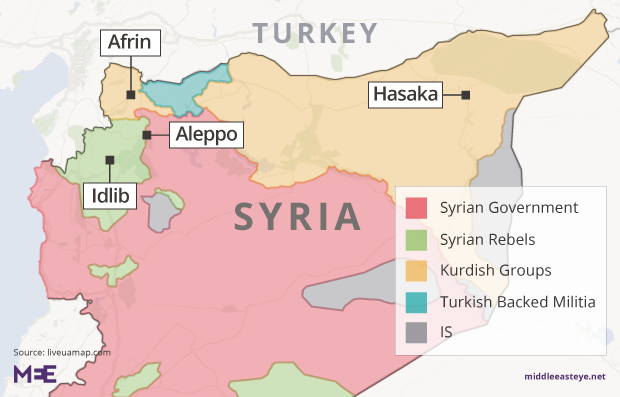 Taylor told the Times on Wednesday that she was keen to fight against the Turkish army but was being held back with other reserves in case the eastern part of Kurdish territory in Syria came under attack.

“We are expecting war all across Rojava, so we may need to defend everywhere,” Taylor said.

Rojava is the Kurdish name for the three autonomous Kurdish cantons in Syria: Afrin, Kobani and Jazeera, which Syrian Kurdish forces and their allies have set up in the north since the start of the Syrian conflict. They lie outside the control of Syrian President Bashar al-Assad.

Because deploying any reinforcements to Afrin from the east would potentially require passing through territory under the control of the Assad government, the move could be a complicated journey.

While the YPG is not a designated terrorist organisation by the UK, some recruits have been detained on their return to Britain, but it has proven hard to bring charges against them.

Commenting on the reports, a FCO spokesperson told MEE: “We have consistently made clear over the last few years that people should not travel to Syria and parts of Iraq.

“Everyone who returns from taking part in the conflict in Syria or Iraq must expect to be investigated by the police to determine if they have committed criminal offences, and to ensure that they do not pose a threat to our national security.”

In comments to the BBC in August last year, British security minister Ben Wallace said: "We deter all UK citizens from travelling overseas to fight with any form of irregular forces.

"People who do so should be aware that they potentially open themselves up to a range prosecutions linked to such behaviour."

While Ankara has not commented on the developments, senior Turkish officials told Middle East Eye in September 2016 that their armed forces would confront as "terrorists" British and foreign volunteers fighting with the Kurdish YPG militia in Syria.

Then adviser to the Turkish prime minister, Binali Yildirim, said British, French, American and other citizens fighting alongside the YPG would be treated as "terrorists... regardless of whether they are members of allied countries".

The officials added that any casualties will be the responsibility of their own governments. 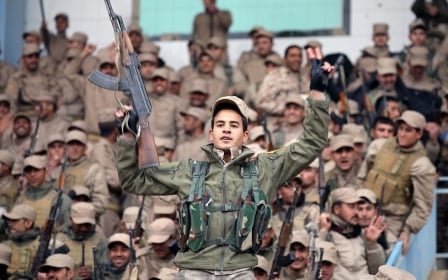