French prosecutors accuse Bashar al-Assad's uncle of embezzling Syrian state funds. He says much of his wealth was given to him by Saudi's King Abdullah 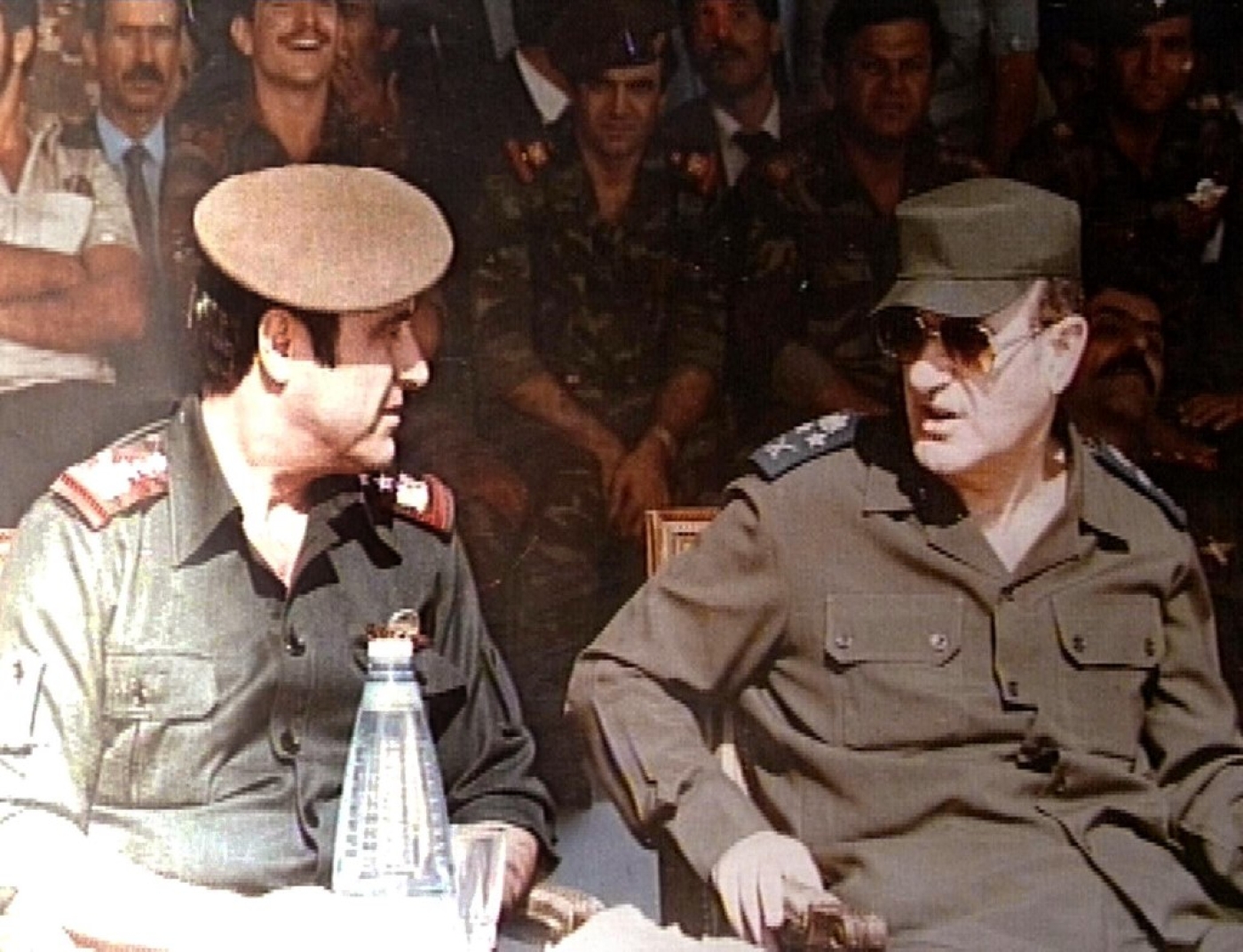 Rifaat al-Assad (L), with Syrian president Hafez al-Assad at a military ceremony in 1984, the year he left Syria accused of plotting a coup against his brother (AFP)
By
Simon Hooper

A Paris court will deliver a verdict this week in the corruption trial of Rifaat al-Assad after a near-seven-year investigation into the provenance of the exiled uncle of Syrian President Bashar al-Assad's multimillion-dollar property fortune.

French financial prosecutors accuse the 82-year-old of money laundering over the alleged misappropriation of hundreds of millions of dollars from Syrian state funds when he was forced out of the country in 1984 amid accusations that he had sought to organise a coup against his older brother Hafez al-Assad.

Rifaat, who did not attend his trial at Paris's high court in December because of ill health, has pleaded not guilty on all charges, which also include money laundering in relation to alleged tax fraud and employing undocumented workers.

He says that much of his wealth derives from property and financial support given to him over decades by Saudi Arabia's late King Abdullah.

'They feared my return'

He also alleges that the original complaint against him in 2013 was influenced by Syrian opposition elements seeking to undermine him as he was becoming involved in discussions about the creation of a transitional government as a step towards ending the country's civil war.

“I have a clear idea of why these people are trying to destabilise me. They failed in their business of taking power in Syria. They feared my return,” he told investigators.

The case has pitted bitter enemies formerly within Hafez al-Assad's inner circle against each other, as well as embroiling members of the Saudi royal family and an ex-French intelligence chief in a legal saga involving allegations – all robustly challenged by defence lawyers and in some instances dismissed by investigators  – of stolen treasure, bank robbery and Cold War espionage.

Anti-corruption campaigners have hailed the trial as a “landmark step” for tougher laws introduced by France in 2013 to target so-called “ill-gotten gains” and tax evasion by foreign plutocrats and dignitaries which allow financial prosecutors to presume that assets have been illegally obtained unless those under investigation can prove otherwise.

Prosecutors told the court in December that Assad's financial affairs and property ownership had been “knowingly concealed” using shell companies and tax havens, and that there were “strong, consistent presumptions of the illicit nature” of his wealth, citing an “absence of supporting documents” and Assad's “lack of collaboration”.

They called for Assad to face a four-year prison sentence, a 10m-euro ($11.3m) fine and the confiscation of properties including a chateau, a stud farm and Paris residences with a total estimated value of $100m.

The case may have consequences for Assad in Spain too, where he is also under investigation for alleged money laundering and where the high court has frozen property and land assets with an estimated value, according to investigators, of up to 600m euros following a request from French prosecutors.

Defence lawyers say they have shown that Assad's fortune is “perfectly legal” and that many of his properties and tens of millions of dollars can be proven to have been given to him by then-crown prince and later King Abdullah – a close friend and relation through marriage - who bestowed Assad and his family with generous financial support over decades until his death in 2015.

They describe the case as a “political instrumentalisation of French criminal justice” and suggest prosecutors and campaigners have sought to smear Assad “for his name and his heritage” with references to alleged misdeeds carried out in official roles he held under his brother, including as commander of a notorious paramilitary force.

Assad's Defence Brigades, which were tasked with defending Damascus, have been accused by human rights organisations of committing war crimes including during the suppression of a Muslim Brotherhood-led uprising in the city of Hama in 1982 in which thousands are estimated to have died.

Assad has denied responsibility for the massacre. His lawyers say such allegations are irrelevant to an investigation into his subsequently acquired wealth.

Other allegations cited by prosecutors included the revelations of a former Romanian spy chief who claimed in a book that Assad had worked as an agent for communist dictator Nicolae Ceausescu during the 1970s, and the claims of a Syrian man living in Europe who accused Assad of stealing antique treasure found by his grandfather in a cave in 1975.

Defence lawyers dismissed the allegations as “implausible,” suggesting that prosecutors had based the Romanian allegation on a Google search and had not put the allegation to Assad during questioning. The witness who claimed that Assad had taken his grandfather's hoard did not show up to give evidence in court.

One of them, Mustafa Tlass, Syria's defence minister from 1972 to 2004, who described Rifaat after his departure from the country as a “persona non grata forever,” told prosecutors that Assad and members of the Defence Brigades had forcibly entered Syria's Central Bank and helped themselves to pallets of Syrian bank notes and $200m in cash recently sent from Muammar Gaddafi's Libya before leaving the country.

Tlass died in 2017, and investigators conceded in court that they had dismissed his testimony as a “hypothesis”.

The other, Abdul Halim Khaddam, Hafez al-Assad's former foreign minister and vice-president who joined Syrian opposition factions in 2011, alleged that Rifaat had received $300m in state funds as part of a secret deal agreed with his brother to leave the country, involving $200m siphoned from the presidential budget and a further $100m donated to Syria by Libya.

Defence lawyers dismissed Khaddam, who died in March, as an “historic opponent” of Assad and pointed out discrepancies in his account, including a figure of $500m which he had suggested had been taken in an earlier interview with investigators.

They said prosecutors had presented no evidence to back up the alleged misappropriation of public funds, arguing that other factors could explain variations in the presidential budget and citing testimonies from academics that Syrian economic statistics from the period were in any case inaccurate.

Evidence for Assad's claim to have benefited from Saudi largesse included statements from a wife of King Abdullah, Princess Hessa Bint Trad Bin Sattam Alshalan, who testified that her husband had provided him with regular financial support as well as gifts of French property, and from the son of a former head of Saudi intelligence.

He described how Assad had been warmly welcomed to France at president Francois Mitterrand's behest in recognition of his role in defusing tensions between the countries' security services in the early 1980s.

According to Chouet's account, Assad had intervened to “put an end to violent manoeuvres by the Syrian secret services against French interests on national territory and in the Levant”. On arriving in France, Chouet said, “given the eminent services he had rendered, president Francois Mitterrand particularly maintained that he be given the best welcome”.

Defence lawyers also argued that it was not possible to prove the full extent of Saudi support for Assad because financial records dating back more than 30 years – and predating current French money laundering legislation – no longer exist. They provided a cheque for $10m signed by Abdullah in 1984, as well as evidence of further bank transfers totalling $40m between 2008 and 2014.

Assad's suggestion of alleged links between his case and Syrian opposition elements was based on the role played by Sherpa, an anti-corruption campaign group, which filed the original complaint against him in September 2013.

Lawyers cited a reported admission of involvement by Haytham Manna, a spokesperson for an opposition group, the Syrian National Coordination Body for Democratic Change, as evidence of Assad's claim.

In November 2013, Manna was in Geneva preparing for United Nations-convened talks with other opposition factions at the same time as Rifaat al-Assad was reported to have been in the Swiss city for talks with Russian deputy foreign minister Mikhail Bogdanov.

Asked whether he had also met Assad, Manna said: “I am one of the people who started the criminal case against Rifaat al-Assad.”

Assad's lawyers told investigators: “The sole purpose of this process was to remove Rifaat al-Assad from live Syrian politics, when he had enjoined Bashar al-Assad to leave power to end the crisis, and was presented as an alternative to his nephew.”

Some analysts at the time suggested that Rifaat was angling for influence within the Syrian opposition, and that his main source of influence and fortune was the Saudi royal family.

Assad's trial is one of a number of high-profile cases prompted by Sherpa complaints that have been brought by the National Financial Prosecutor's Office targeting French assets held by influential foreign nationals.

Earlier this year, an appeal court upheld the embezzlement conviction of Teodorin Obiang, the vice-president and son of Equatorial Guinean President Teodoro Obiang Nguema, fining him $27m  and seizing his assets in France.

A verdict in Assad's case, which has been delayed by France's coronavirus lockdown, is due to be delivered on Wednesday. Both sides could appeal the outcome. 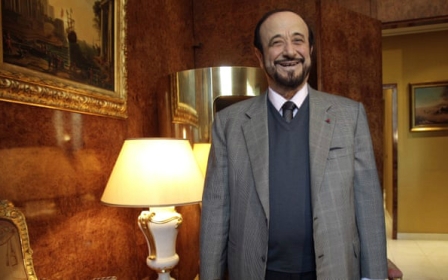 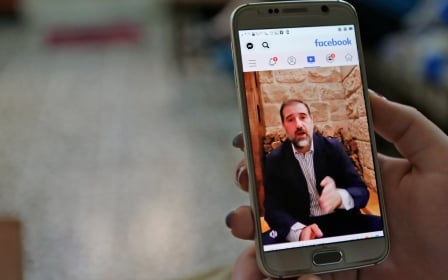 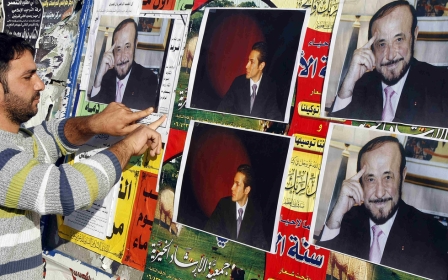