France's EgyptAir inquiry, which is continuing, has not established whether crash was caused by airline’s alleged lapses investigators have identified (AFP/File photo)
By
MEE staff

When an EgyptAir flight crashed on its way from Paris to Cairo in May 2016, killing 66 people, Egyptian authorities said a bomb was probably responsible and withheld key evidence from French investigators, citing the secrecy of their counterterrorism inquiry, the Wall Street Journal reported on Sunday.

Now, a French judicial probe has alleged that maintenance and safety lapses by EgyptAir left the plane unsafe to fly in the days before it crashed, according to confidential documents reviewed by the WSJ. A leak of flammable oxygen in the cockpit preceded a fire that likely disabled the plane, the documents say, contradicting Egypt’s claim of a terrorist act.

The plane registered mechanical errors on its final five flights, according to automated messages sent by the plane. EgyptAir pilots and the airline’s technical centre in Cairo largely ignored them, according to the documents.

Before leaving Cairo on its penultimate flight, “the plane should have been checked during its four previous flights, and should not have left Cairo after the appearance of repeated faults that were not reported by successive teams”, said one of the documents, an expert report ordered by a judge, according to the WSJ. A source close to the French investigation had told AFP in May 2017 that no traces of explosives were found on the remains of French victims. That revelation, the source said, "closed the door" on the theory advanced by Egypt that the Airbus 320 was blasted out of the sky.

France opens a judicial investigation whenever one of its citizens is killed in a plane crash. The EgyptAir inquiry, which is continuing, has not established whether the crash was caused by the airline’s alleged lapses that investigators identified, the WSJ reported.

EgyptAir and Egyptian government agencies didn’t respond to repeated requests by the WSJ for comment. Egypt’s civil aviation ministry has previously denied that the plane registered technical faults in the days before it crashed.

The country’s response to the crash exposes weaknesses in the international air-safety treaty that dictates how governments should cooperate on plane-crash investigations. American and European authorities have little recourse if an authoritarian nation refuses to conduct an investigation or allow other countries involved in an incident to examine key evidence or documentation, the WSJ said.

Air-safety experts and officials have raised concerns that the crash of the Airbus 320, the world’s top-selling passenger jet, will remain a mystery so long as Egypt controls the probe. Airbus declined to comment, the WSJ reported. 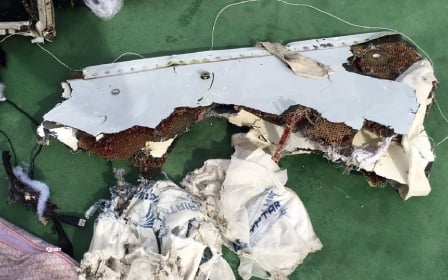