Row between Tel Aviv and Ankara over the killing of 62 Palestinians sinks to new depths, with Israeli PM's son posting explicit message 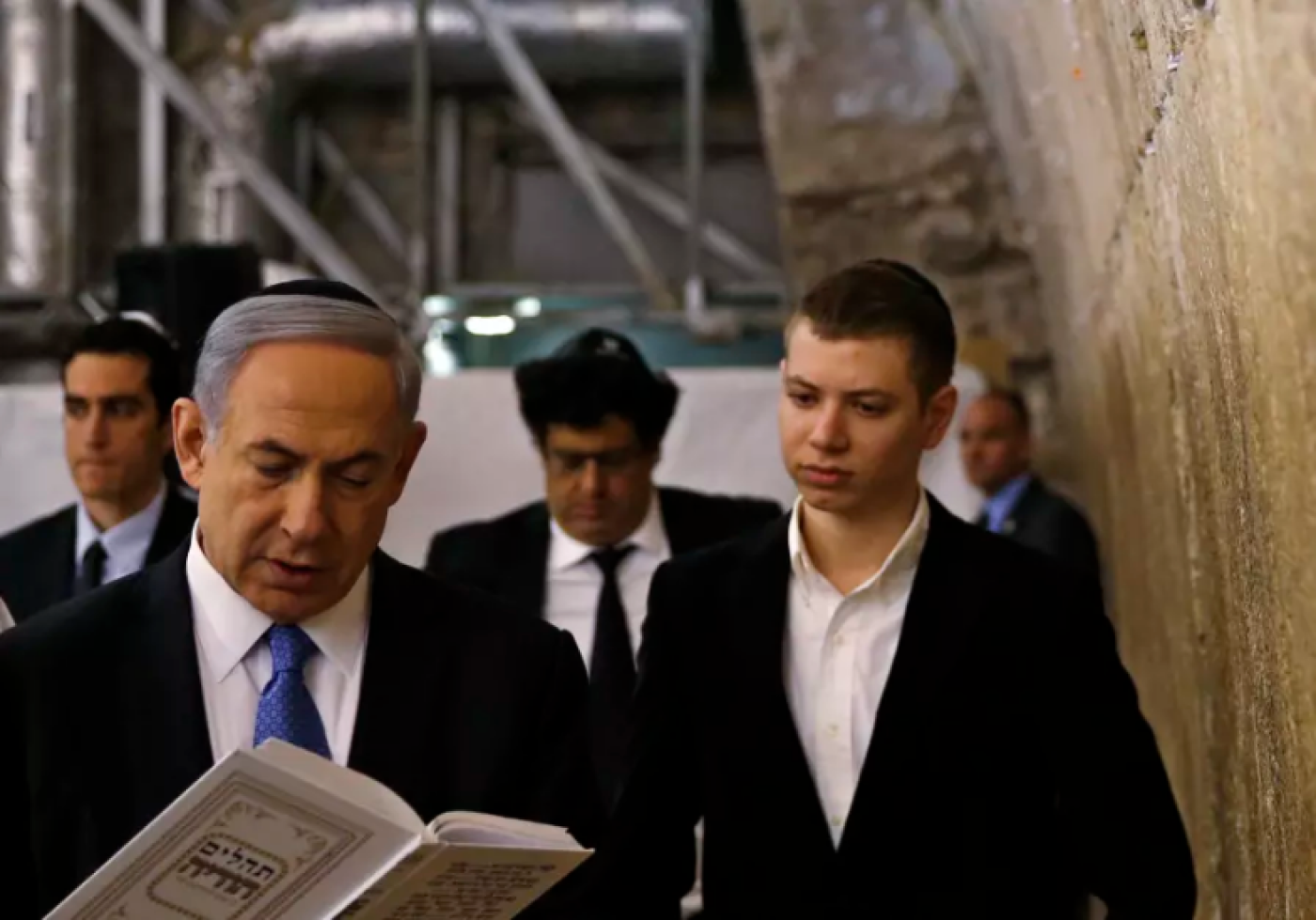 That was the message the Israeli prime minister's son gave to the world, as a state-level row with Ankara over Israel's killing of 62 Palestinians on Monday descended into the bawdiest of insults.

Yair Netanyahu posted the message on Instagram on Wednesday, as Israel and Turkey expelled each other's top diplomats after Ankara's condemnation of Israel's live-fire tactics against Gaza protesters.

Benjamin Netanyahu's son included the message in an image similar to the Turkish flag, which has a red background and white star and crescent moon in the centre. The image showed the words “Fuck Turkey” with the crescent moon in place of the letter ‘c’.

#BREAKING: Yair Netanyahu, the son of Israeli PM @netanyahu, published a post against Turkey on his instagram acount pic.twitter.com/KUz22izGlf

Monday was the bloodiest day in Gaza since 2014, as tens of thousands of people protested as part of the "Great March of Return", a demonstration that was enflamed by the US opening its new embassy in Jerusalem at the same time.

Two more Palestinians were killed on Tuesday, as protesters in the Gaza Strip and the occupied West Bank marked 70 years since the Nakba - or Catastrophe - when 750,000 people were forced from their homes in historic Palestine.

Turkey’s foreign ministry on Tuesday ordered Israeli Ambassador Eitan Naeh to leave the country. Earlier on Wednesday, Israel’s ministry of foreign affairs summoned the sole remaining Turkish representative to the country to protest the treatment of Israel’s ambassador to Turkey during a security check when leaving the country.

In retaliation to Naeh’s expulsion, Israel ordered the Turkish consul-general in Jerusalem to return home for consultations. Husnu Gurcan Turkoglu was responsible for Turkey’s relations with the Palestinians. Turkey’s ambassadors to both Tel Aviv and Washington had already been recalled.

The leaders of the two countries fired rounds of comments at each other as the rift continued.

On Tuesday, Turkish President Recep Tayyip Erdogan said: “Netanyahu is the PM of an apartheid state ... He has the blood of Palestinians on his hands and can’t cover up crimes by attacking Turkey.”

The Israeli premier hit back at Erdogan, saying: “A man who sends thousands of Turkish soldiers to hold the occupation of northern Cyprus and invades Syria will not preach to us when we defend ourselves from an attempt by Hamas.”

The killing of scores of Palestinian protesters in Gaza has put Israel's use of snipers and live fire under the spotlight, but its political leaders and military are insisting on a different narrative - one that blames the Hamas movement.

The Israelis say Hamas organised the Great March of Return protests, paid people to attend, and incited them to break through Israel's security fence along Gaza's perimeter.

However, organisers of the protests over the last six weeks said they were led by Palestinian civil society.

"We're a group of 20 organisers, only two of whom are affiliated with Hamas," organiser Hassan al-Kurd told the Israeli 972 magazine before the protests started.

"Actually, most of us, including myself, are leftists. All the political parties in Palestine are behind us and supporting us, and Hamas - being an elected party - is one of those parties."

This is not the first time Yair Netanyahu has caused controversy. An Israeli television channel aired recordings from 2015 earlier this year, in which he pressured an Israeli gas tycoon's son for money for a prostitute, using a controversial gas deal as leverage.

The recordings come as Israeli police continue their investigation into suspicions that the prime minister received gifts from tycoons in exchange for political favours.

“Bro, you have to spot me," Yair Netanyahu was recorded telling Nir Maimon, the son of Kobi Maimon, a major shareholder in Isramco. "My dad made an awesome deal for your dad, bro. He fought, fought in the Knesset for this, bro."

Netanyahu’s son #YairNetanyahu posts this picture on instagram! #yair go back to begging your friends to pay for your prostitues...#Turkey #Israel #Netanyahu #IsraelPM pic.twitter.com/bOP90nucP4

Turkey has called on the United Nations General Assembly to pass a motion on Jerusalem, Turkish Foreign Minister Mevlut Cavusoglu said on Thursday, as discomfort over Palestinians killed in Gaza grows.

Speaking in an interview to state broadcaster TRT Haber, Cavusoglu also said that an independent commission needs to prepare a report on the violence in Gaza and that Israel needs to stand in the face of law.

Since the events in Gaza, a number of countries, including Ireland, Belgium and Luxembourg, have summoned their Israeli ambassadors and expressed protest and concern over the death toll of Palestinians.