Gaza explosion is unlikely to have been work of IS Statement under the name of Islamic State - Gaza Branch, denying responsibility for the explosion (MEE/Mohamed Omer)
By
Mohammed Omer

GAZA CITY - Days after mysterious blasts rocked Gaza City’s French Cultural Centre, questions still linger over the source of the explosions – and whether they were intentional.

At midnight on Tuesday, two explosions rocked the centre, causing damage to the electricity generator and fuel tankers, but no human casualties, as the explosions took place after staff working hours.

The late-night explosion was a frightful reminder of the frequent night-time rocket fire that plagued Gaza last summer during Israel's latest military attack on Gaza and Hamas. Dubbed “Operation Protective Edge,” the Israeli attack destroyed more than 60,000 homes and 5,000 businesses, according to the UN and Palestinian Authority.

After living through the deadliest war since Operation Cast Lead in 2008-2009, no one expected the modern centre, where locals go for French lessons, consular services and cultural exhibitions, to be targeted. Active in Gaza since 1982, the cultural centre had recently moved into a newly built, bright yellow building. Tuesday’s incident came as a shock to many locals.

"It is puzzling as to who could have done this." Umm Samar, a 42 year-old teacher said, while she was grocery shopping, just a few hundred metres away from the centre.

“We were awoken and shaken by the blasts,” she said.

If the damage was deliberate, Umm Samar wonders if there was a political strategy the culprits had in mind.

"Maybe the perpetrators were paid to destroy the relationship between France and the Gaza Strip?" she wondered aloud and she paused.

“Why do we hear only the Israeli media speaking about the presence of Islamic State in Gaza?" she added.

There is much room for speculation: a statement was released shortly after the explosion, allegedly from the Islamic State group who claimed responsibility and said it was the group’s first act in Gaza in a fight against “immorality.”

"Our fighters successfully bombed the centre for immorality and heresy known as the French Cultural Centre, after weeks of surveillance,” said the statement, released online with IS’s recognisable logo on Wednesday morning.

The statement also claimed that the blast was caused by a 200 kilogram explosive next to the fuel tankers of the centre, which are often used to light the building when the power is out, often for up to 18 hours per day.

But soon after this first statement was released, a second came out under the name of Islamic State - Gaza Branch, denying responsibility, describing the explosion as a "criminal act," and asking media outlets to "be accurate in spreading information."

The public is still puzzled by the statement which is thought to have been created in Gaza, but concludes by warning people to stay away from "army and police gatherings, which could be targets for your Mujahideen brothers," – which seemed odd to residents, considering that there is no official army in Gaza. There have been no attacks on police by militant groups before, unlike those attacks on army and police forces in Syria and Iraq where the Islamic State has captured vast territories of land in recent months.

Gazans have received the statement with disbelief.

"One has reached a level of not caring - we are going to die no matter what, because of the strangulation in our lives from all different sides and ends,” a bank staffer told Middle East Eye.

Ibrahim Al-Madhoun, an expert on Islamic parties who downplayed the tone of the statement, said, "Anyone can issue such a statement, including any bored young man who designed it and attached the Islamic State logo."

However, he acknowledged that there are militant individuals in Gaza. Still, he said, they haven't reached a level of organisation that they could pull off such an incident.

"Up until this moment, such acts are conducted randomly and are the work of individuals, and are quickly followed by security forces in Gaza," he said.

He continued, “The government in Gaza has no interest in allowing any extremist groups to spread in Gaza, especially when it is not in the Palestinian interest to turn the Palestinian people from people who fight the Israeli occupation, into people fighting internal crises.”

The statement, which attempts to lay claim to the Islamic State's first attack in Gaza, was actually signed with the incorrect date - 10 October - three days after the alleged attack, which raises questions among the public in Gaza, as to where this group is really living in Gaza or even within the Gaza time zone.

Al-Madhoun excluded any arguments that imply a similar method of Islamic State in Iraq and Syria, stating that the IS environment is simply not in Gaza.

"In all environments where Islamic State group is active, there are sectarian and religious conflicts which is not the case for Gazans. After all, we are all in Gaza following Shafi'i" he said, referring to one of the schools of thought within Sunni jurisprudence.

But, over the years there have been several attacks carried out by extremist groups, including the murder of Italian activist, Vittorio Arrigoni, in April 2011. Suspected members of Salafi group Tawhid wal-Jihad were caught and imprisoned afterwards by the Gaza police led by Hamas.

Such extremist groups find Hamas too soft and moderate in administering Gaza. All Palestinian factions have condemned these kinds of groups, demanding that they should be taken to court for prosecution. Locally, Palestinians believe that such violent individuals are a result of the Israeli siege and the resulting isolation of many years.

Al-Madhoun stressed that these kinds of individuals are not a Gaza phenomenon alone. "There are a few individuals who came out of the globalisation of thoughts via the internet - so it’s natural to find some of them in Gaza as well,” he said.

Despite this, he said Israeli Prime Minister, Benjamin Netanyahu has been trying to link Hamas and Palestinian resistance to the Islamic State by saying they are branches on the same tree, most recently at the UN General Counsel meeting last month in New York.

Al-Madhoun says, this week’s bombing was most certainly done by extreme individuals, but Netanyahu’s conclusions are not correct.

"I suspect this statement was designed by Israelis to translate the words of Netanyahu into actions on the ground, by connecting between Palestinian resistance and Islamic State,” Al-Madhoun said.

Gaza police said they will continue to investigate the explosions.

“Both statements leave us puzzled,” Umm Samar said. "But one thing I know: both do not reflect the Gaza mind-set." 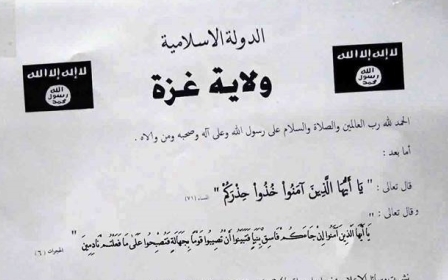 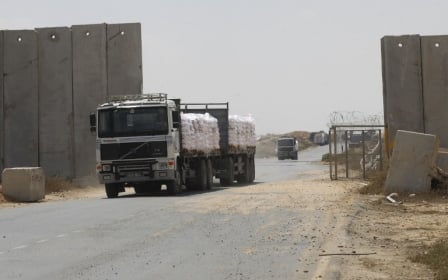