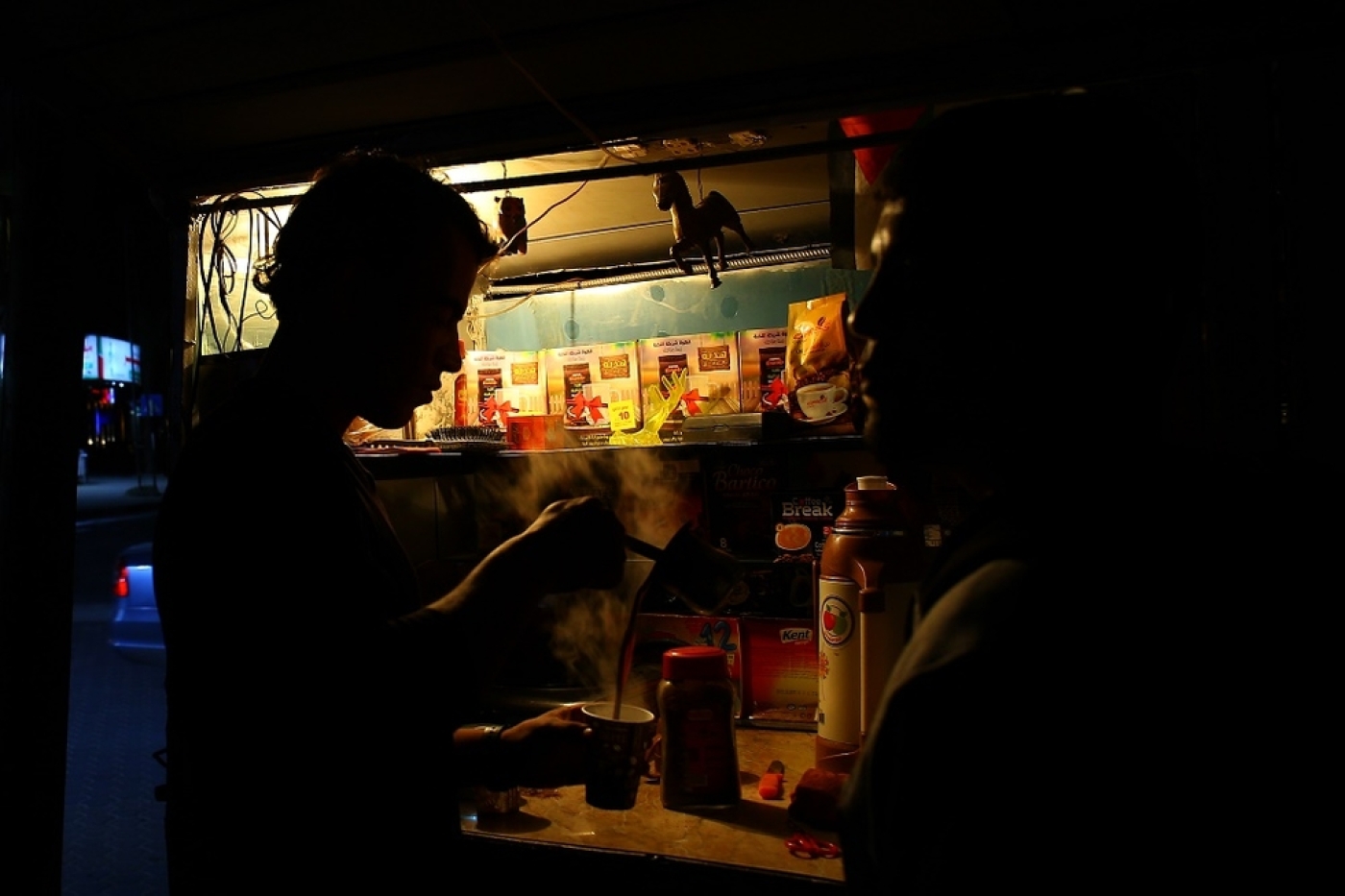 The Palestinian Authority told Israel on Thursday it will no longer pay for the electricity Israel supplies to Gaza, Israeli officials said.

The move could lead to a complete power shutdown in the territory whose two million people already endure blackouts for much of the day.

The decision was another sign of a hardening of Palestinian Authority policy towards its Hamas rivals, who control the enclave.

The PA and Hamas are locked in a struggle over a unity deal that could loosen Hamas' hold on the Gaza Strip, territory it won control of from forces loyal to the Palestinian president, Mahmoud Abbas, in 2007.

A Hamas spokesman, Sami Abu Zuhri, called the move "a grave escalation and an act of madness".

The move came on the day the World Bank said ongoing power shortages and the Israeli blockade were pushing the strip deeper into humanitarian crisis. Much of the territory's infrastructure has been destroyed in three wars with Israel since 2007.

It also comes weeks after the PA slashed the salaries of its 60,000 civil servants in Gaza - but not the West Bank - by 30 percent, offering no explanation other than a lack of foreign aid money.

Israeli authorities deal with the PA on electrical and fuel supplies for Gaza because Israel does not engage with Hamas, which it regards as a terrorist organisation. 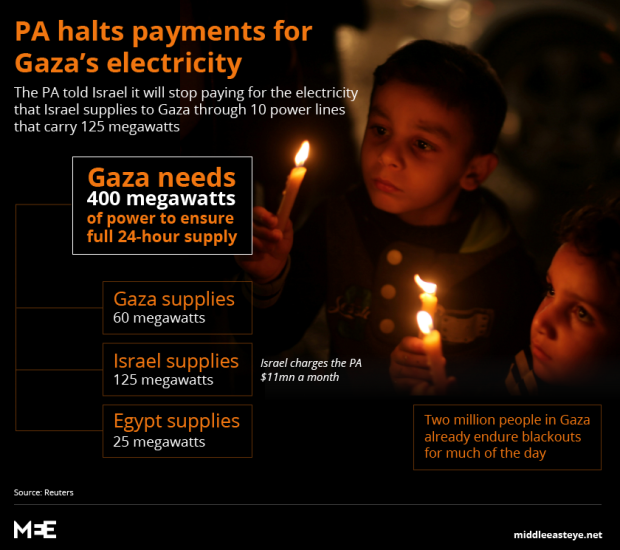 The PA has already taken several steps, such as taxing Israeli fuel it buys for Gaza's sole power plant - which has been unable to come up with the funds and stopped operating two weeks ago - to press Hamas into new Palestinian elections.

Regaining a measure of control over Gaza could empower Abbas politically as Israel and the Palestinians await a widely expected push by the US president, Donald Trump, for a revival of Israeli-Palestinian talks that stalled in 2014.

"The Palestinian Authority has informed it will immediately stop paying for the electricity that Israel supplies to Gaza through 10 power lines that carry 125 megawatts, or some 30 percent of Gaza's electrical needs," said a statement from COGAT, Israel's military liaison agency with the PA.

With the generating plant off-line and Egyptian supplies via power lines notoriously spotty, Israeli electricity has been vital, keeping power on for Gazans, although for only four to six hours a day.

Israel charges the equivalent of $11m a month for the electricity, deducting the sum from the transfers of Palestinian tax revenues that Israel collects on behalf of the authority.

That goal is not being met even when the power station is operational. It usually produces 60 megawatts, added to the 125 megawatts supplied by Israel and 25 megawatts that come from Egypt. 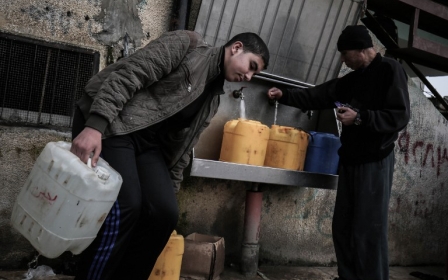 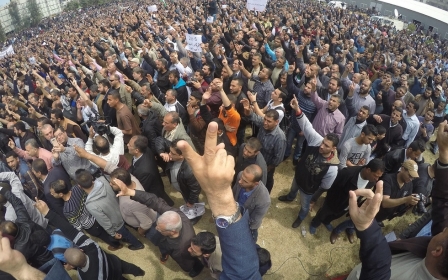 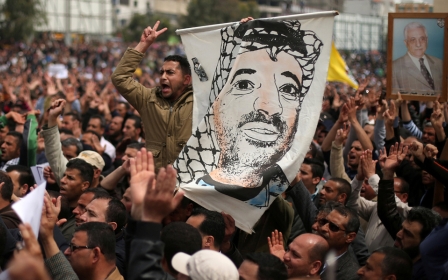