For Gazans, 75 percent of whom are refugees whose original homes were in Israel, Nakba is particularly painful 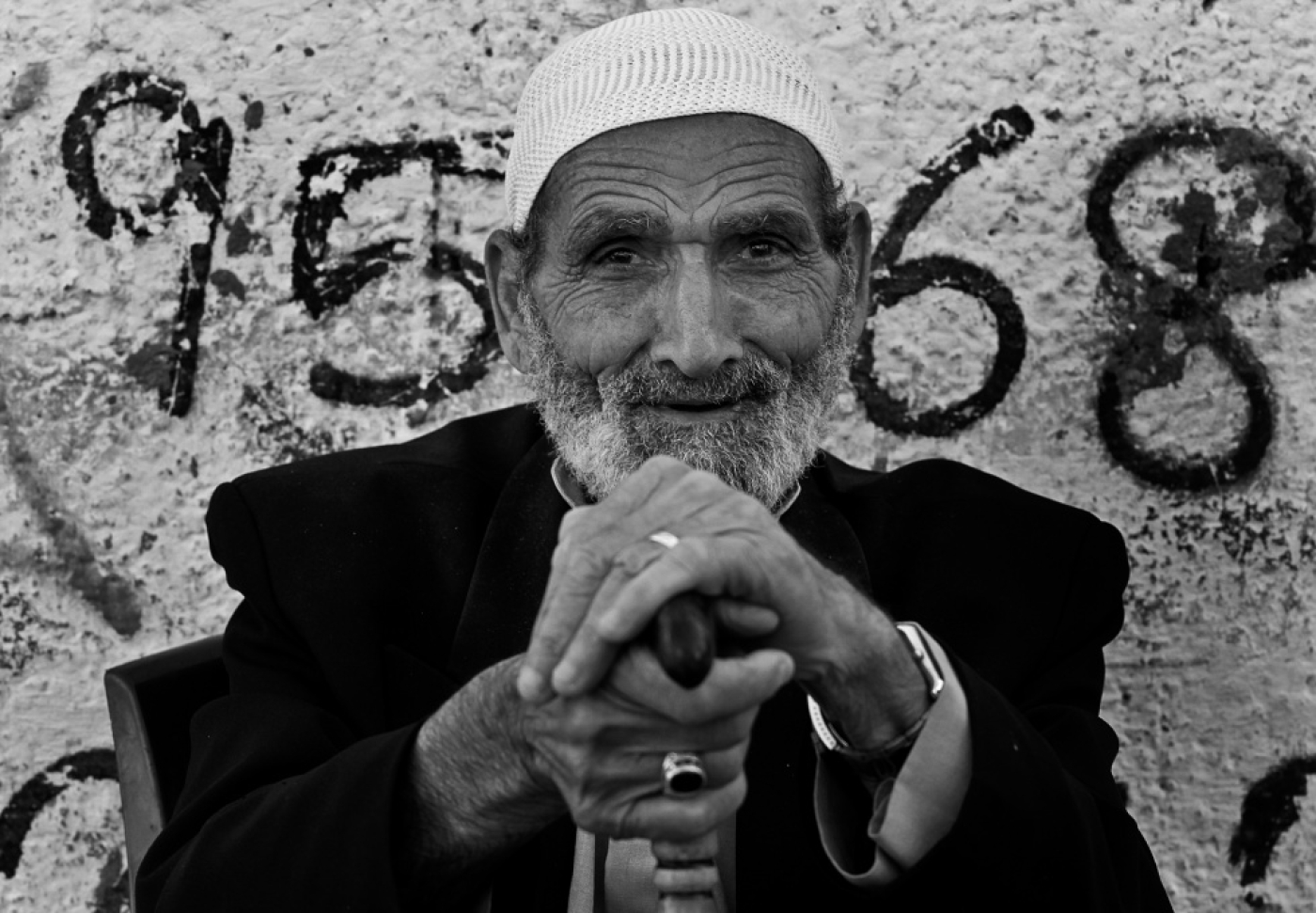 'If I lived a million years, I would not think of any place other than my original village,' said Abdelwahaab Abdallah Halwa, 77, in Gaza on Thursday (MEE/Mohammed Asad)
By
Joe Catron

Palestinians across the Gaza Strip marked the 66th anniversary of the Nakba, or “catastrophe,” on Thursday, a particularly symbolic day for Gazans as around 75 percent of the population are refugees whose original home were in Israel.

An exhibition in al-Jundi Square displayed photography of the expulsion of over 750,000 Palestinian refugees from their homes in present-day Israel in 1947 and 1948, while children massed outside a United Nations building and marches and rallies occurred from Beit Hanoun, at the northern tip of the Gaza Strip, to its southernmost point in Rafah.

At the end of the day, a ceremony in al-Saraya Square officially concluded the events, although children hoped to fly kits marking it by the Erez checkpoint in Beit Hanoun on Saturday, and youth activists planned to commemorate it with a Palestinian flag of handprints in al-Katiba square, near Gaza's university district, on Sunday.

The flurry of activity caps a week of cultural events and public demonstrations by refugee camp committees and political groups throughout the enclave.

Many Gazans, including 77-year-old Abdelwahaab Abdallah Halwa, stopped to tell the Middle East Eye in their own words what the Nakba means to them.

“My family were farmers,” he said Thursday in northern Gaza's Jabaliya refugee camp, where he now lives. “I was farming during the day when the Israeli army attacked the village next to mine. News came that they had killed a lot of people. We were afraid and left the village.”

“I hope to return there before I die, to end my life in peace,” he added.

The refugee movement enjoys broad support across Palestine and its diaspora, but resonates particularly deeply in the Gaza Strip, whose demographics are largely defined by mass expulsions during and after the founding of the State of Israel.

“The number of Palestinian refugees in the Gaza Strip is over 1,240,000,” Naeem Mater, Gaza coordinator for the Bethlehem-based BADIL Resource Center for Palestinian residency and Refugee Rights, said on Thursday.

“This is about 75 percent of the population,” he added. “For them, Gaza is not an alternative home. They are only guests here.”

The United Nations Relief and Works Administration, the international agency tasked with supporting Palestinian refugees, lists another 67,000 registered persons in the Gaza Strip, for a total registered population over 1.3 million, or 580 registrants per square kilometer.

Mater and BADIL, which supports the rights of Palestinian refugees through legal and public advocacy campaigns, worked with the People's Committee for Refugees at the Maghazi refugee camp, in the central Gaza Strip's Deir al-Balah area, on a series of cultural events earlier this week.

It included an exhibition of Palestinian art and Bedouin tents on Saturday, a Sunday oud concert, and a traditional wedding between two elderly refugees Monday evening.

For refugees like those in Maghazi, the difficulties of living in the Gaza Strip, as well as its dense concentration of refugees, encourage hope of return, Mater said.

“The bad economic situation in Gaza makes them feel homesick,” he said. “It was better for most of them in their original villages.”

“Gaza is not safe,” he added. “There is war every so often, bombing, and other issues. Refugees in some other countries, who don't suffer from these, also sometimes don't think of their right to return as often.”

And amid the turmoil of political division and an ongoing reconciliation, the right of return offers a point of clarity and consensus among Palestinians, many said this week.

“Our return is the first and last objective of the Palestinian movement,” Um Mohammed al-Baker, a resident of Gaza's al-Shati refugee camp, said at a rally in Gaza's al-Saraya earlier this week.

“On return, there are no divisions among Palestinians,” she added.

“The Palestinian struggle is the struggle of the refugees,” Amjad al-Najjar, a university student, said outside the United Nations. “It defines us. Without it, we are nothing.”

Mater agreed that the return of refugees represented a “red line” few Palestinians would cross.

“None of the Palestinian parties dare to abandon the refugees' right of return,”he said Thursday. “It is one of the constants of our people.”

“Also, it is an individual right, which means every individual Palestinian refugee, in Gaza, the West Bank and the diaspora, has the right to return to his or her original village, as stated in United Nations Resolution 194,” he added. “No one, whatever his position, has the right to abandon, or even negotiate this right.”

According to BADIL's “Survey of Palestinian Refugees and Internally Displaces Persons, 2010 – 2012,” Palestinians forced from their homes, including those expelled from present-day Israel and displaced inside it, numbered 7.4 million, or 66% of a global Palestinian population of 11.2 million, at the end of 2011.

And in the Gaza Strip, whose eight sprawling refugee camps exert a heavy pull on both its political and social life, the issue remains potent.

“My grandmother wanted to return, but she couldn't,” Hana, an eight-year-old elementary school student, said at a children's march in Gaza this week. “But she couldn't, so I will. And if I can't, then my granddaughter will. But the land belongs to us.” 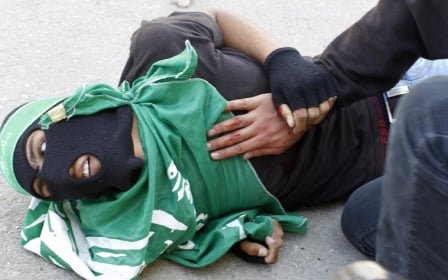