German horseman rides for Palestine in Olympics 'push for peace'

54-year-old dressage competitor Christian Zimmermann says decision to represent adopted country in Rio is 'for Palestine, but not against Israel' 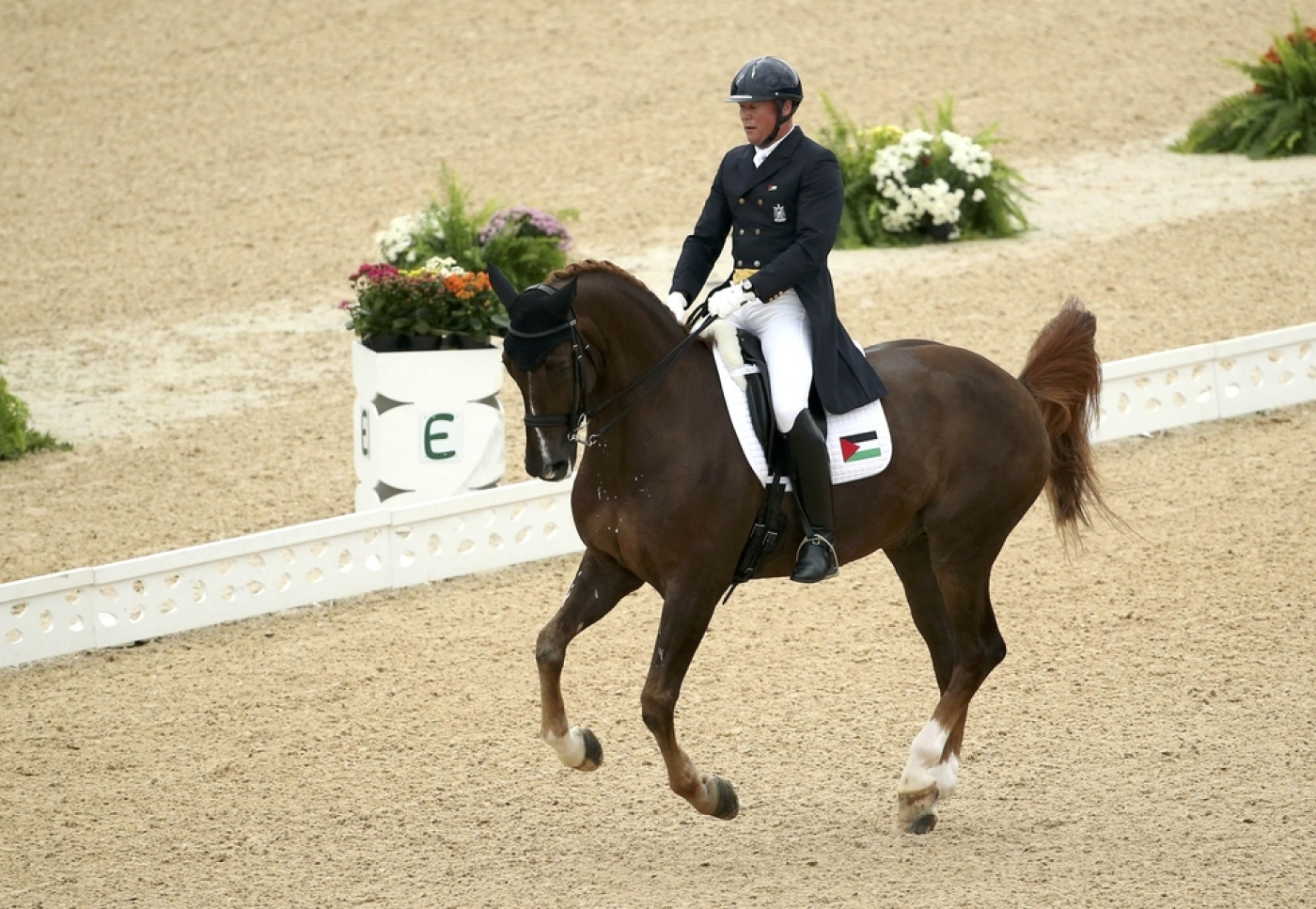 A German entrepreneur in his 50s is hoping to go for gold at the Rio Olympics on Thursday as the first person to represent Palestine in the equestrian competition.

Christian Zimmermann, a descendant of German composer Robert Schumann who holds dual German and Palestinian citizenship, finished 12th out of 60 after the first day of a two-day event that began on Wednesday.

Dressage is the only Olympic sport in which men and women compete alongside each other on a level playing field – it sees riders complete complex tricks on horseback.

Zimmermann, now 54, abandoned competitive dressage aged 26 to enter the business world, ending up as the CEO of an international communications company.

However, he re-entered the sport on an international level a decade ago, and was persuaded to represent Palestine by a Russian-Palestinian diplomatic family who are also involved in dressage, the al-Shaers.

“The decision was certainly not a whim,” said Zimmermann, who began representing Palestine in 2012 and took part in the 2014 World Equestrian Games under the Palestinian flag.

Zimmermann has said he will be careful not to do anything “inappropriate” when he meets members of the Israeli delegation.

The Lebanese delegation was in hot water earlier last week after athletes reportedly refused to allow Israeli counterparts to travel in the same bus to the opening ceremony.

“It’s true that my second nationality gives me more choice over where and when to compete internationally,” Zimmermann told German news site Berliner Zeitung this week.

However, he said, he chose to compete under the Palestinian flag to make a political point about Germany’s relationship with Israel.

“We as Germans carry a special responsibility for the Jewish people and for Israel,” he told the paper.

“But this responsibility also means that we must push for peace in the Middle East conflict, as difficult as that may be.

“On top of that you can be critical of the development of Israeli policy in recent years. So finally I decided to ride for Palestine, as a gesture towards the Palestinian people.

“If, by competing in the Olympics, I can contribute in some small way to giving the region and its inhabitants a bigger voice, I have been successful."

Palestine’s six-person Olympic delegation also includes a 100-metre runner from Gaza, a judoka, and a 50-metre swimmer who completed all her training in a 25-metre pool because there are no Olympic-sized facilities in the West Bank.