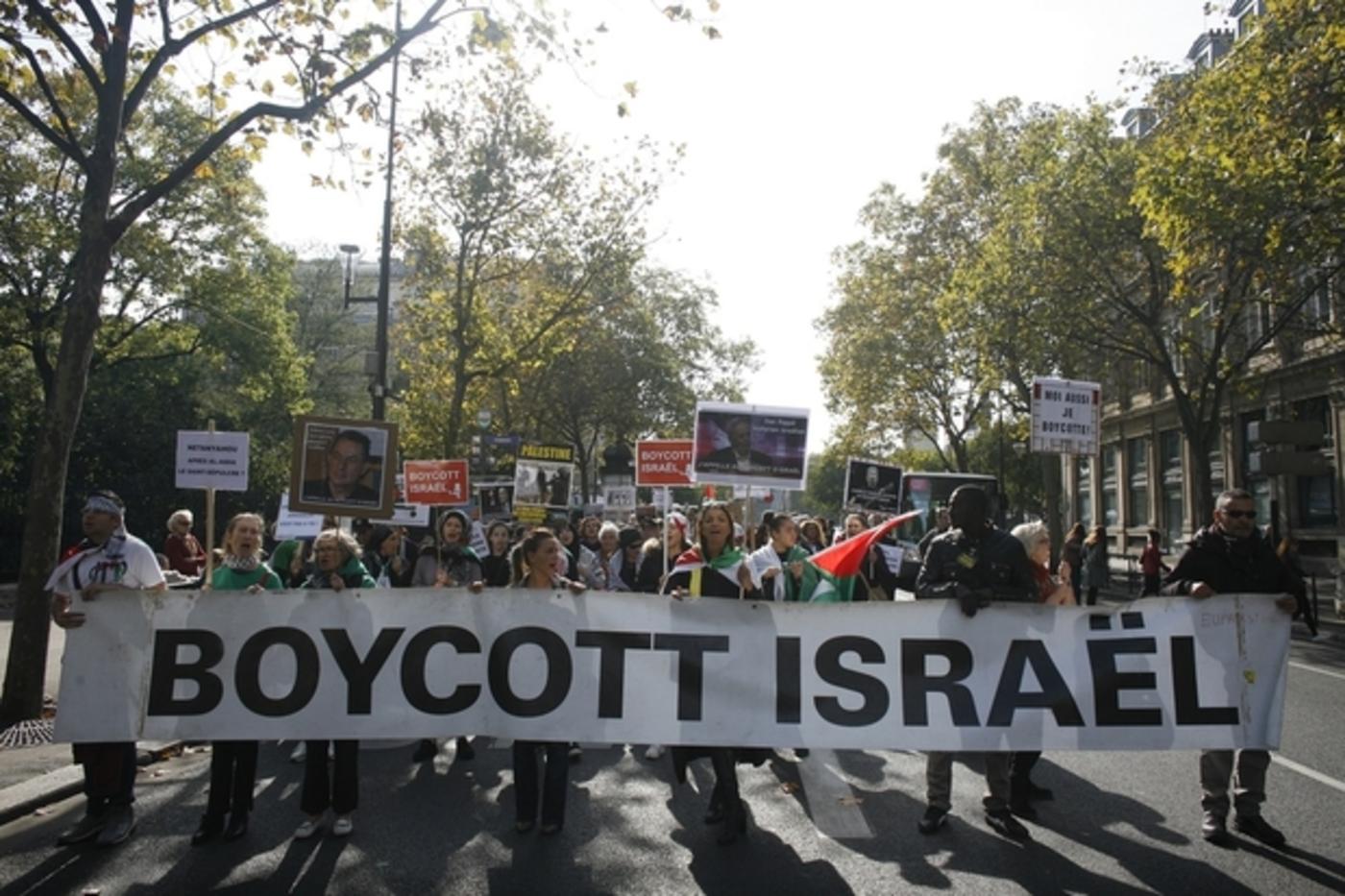 Germany's parliament on Friday voted in favour of a symbolic motion that condemns the Palestinian boycott movement as antisemitic, accusing it of using what it called Nazi-era tactics.

In a non-binding resolution submitted by Chancellor Angela Merkel's conservatives and three other parties, lawmakers accused the Boycott, Divestment and Sanctions (BDS) movement of utilizing "patterns and methods" used by the Nazi movement during the Holocaust.

"'Don't buy' stickers of the BDS movement on Israeli products remind one of inevitable associations with the Nazi call 'Don't buy from Jews,' and other corresponding graffiti on facades and shop windows," the text says.

The German parliament’s equation of the nonviolent BDS movement for Palestinian rights with anti-semitism is based on outright lies. It’s not only anti-Palestinian McCarthyism, it is a betrayal of international law, German democracy and the fight against real anti-Jewish racism. pic.twitter.com/qR5uwsIDU0

The move was welcomed by Israeli Prime Minister Benjamin Netanyahu, who took to Twitter to call for more countries to follow suit.

"I hope that this decision will bring about concrete steps and I call upon other countries to adopt similar legislation," he said.

The BDS movement, also on Twitter, condemned the motion as anti-Palestinian.

"The German establishment is entrenching its complicity in Israel's crimes of military occupation, ethnic cleansing, siege and apartheid, while desperately trying to shield it from accountability to international law," it said.

The BDS movement, founded in 2005, seeks to pressure the Israeli government to end its human rights abuses against Palestinians and does not advocate for targeting practitioners of the Jewish faith.

The vote took place amid a battle between the BDS movement and the Israeli government over the Eurovision Song Contest final that is scheduled to take place in Tel Aviv on Saturday.

In the run-up to the event, the BDS movement called on artists, music fans and broadcasters to avoid the contest, arguing it amounts to "whitewashing" Israel's policies toward Palestinians in the occupied West Bank and the Gaza Strip.

With Friday's motion, Germany has effectively backed Israel's position that international boycotts against Israel are discriminatory and antisemitic.