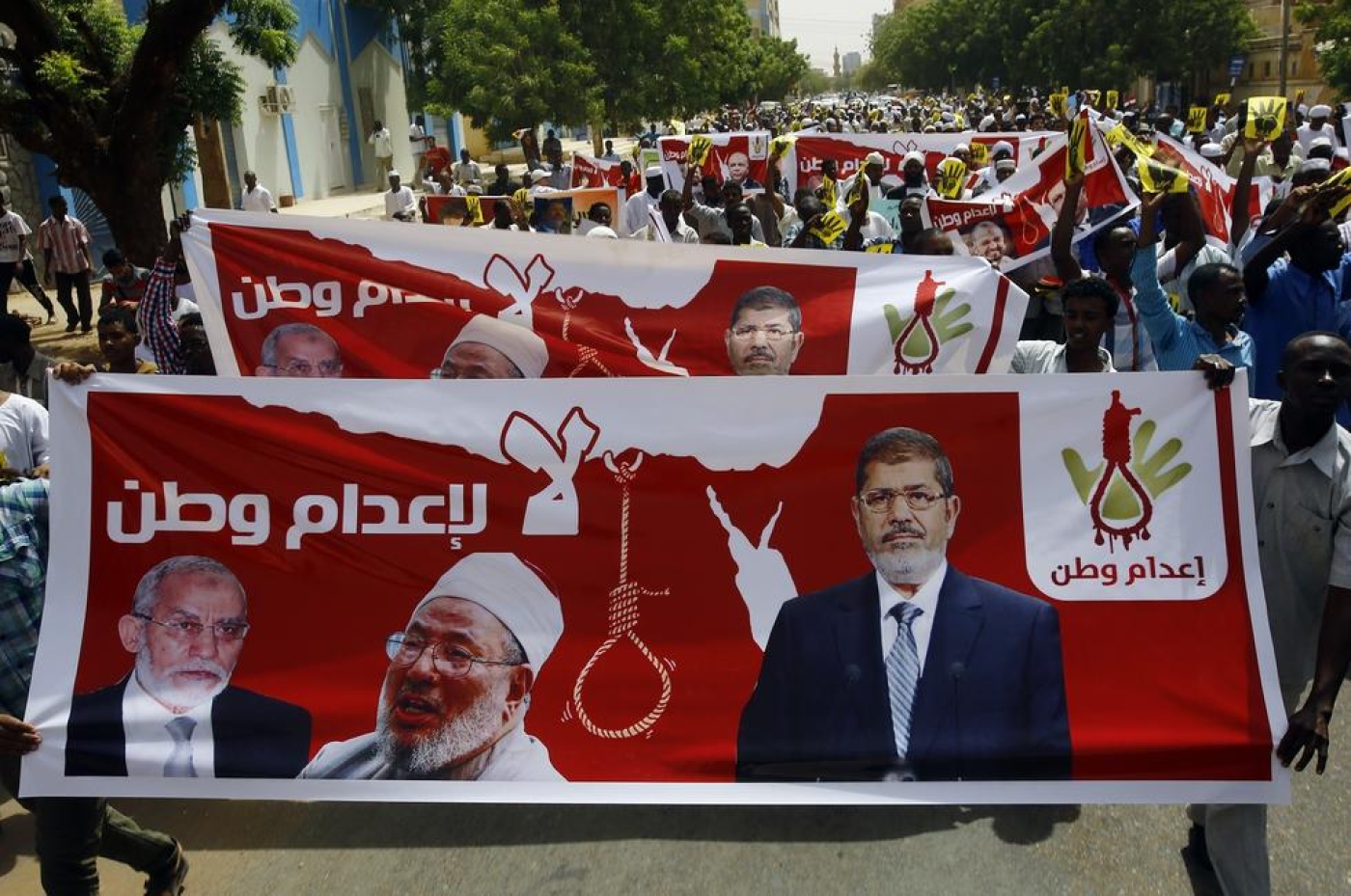 Human rights organisations have called on the German government to raise human rights violations in Egypt and demand a moratorium on death penalty sentences, during talks with President Abdel Fattah al-Sisi scheduled for Wednesday.

“We urge you in the strongest terms to make […] that the nature and extent of Germany’s relations with Egypt going forward will depend on the Egyptian authorities taking prompt and concrete measures to put an end to government policies that systematically violate Egypt’s obligations under international human rights law,” they said.

The Egyptian president is expected to hold official talks in Berlin on June 3 and 4, at the invitation of Angela Merkel. But the visit sparked a debate in the country due to allaged human rights violations in Egypt.

German Parliament Speaker Norbert Lammert has turned down a meeting with al-Sisi.

An Egyptian court sentenced the country’s first elected president Mohamed Morsi and more than 100 Muslim Brotherhood supporters to death last month in connection with a mass jail break in 2011.

Morsi was ousted in mid-2013 by the Egyptian army, which was headed at the time by al-Sisi.

On Tuesday, an Egyptian court postponed its final ruling on former president Mohamed Morsi, who along with dozens more was sentenced to death over a mass jailbreak during the January 2011 uprising.

Morsi, who was ousted by the military after mass protests in the summer of 2013, was sentenced to death on 16 May after being convicted of plotting the mass jailbreak of the Wadi Natrun prison where he was detained during the uprising that overthrew then president Hosni Mubarak.

More than 100 others were also sentenced to death in the case, including Palestinian members of Hamas who have been imprisoned by Israel for years or who were not present in the country in 2011.

The death sentence was referred to the Grand Mufti, where the final verdict was expected to be given today. Instead, the judge overseeing the case, Shabaan al-Shamy, said that the verdict will be in two weeks’ time.

“The final ruling will be on 16 June as the court has to complete deliberations on the opinion of the mufti which was received only this morning,” Shamy said.

While the mufti’s opinion is not binding to the court, Egyptian law requires judges to seek a religious opinion regarding any death sentence.

The court will also announce on the same date a separate verdict against Morsi and 18 other defendants in a different case of espionage.

The court’s final ruling can still be appealed.

On Monday, two leaders from the Muslim Brotherhood were arrested by the security services, following an announcement by the government that the security forces had uncovered a Brotherhood cell which was gathering intelligence about state institutions and sending it abroad to foreign parties.

Mahmoud Ghozlan and Abdul Rahman al-Barr, are both members of the Guidance Bureau, the highest office of the Muslim Brotherhood. Ghozlan used to be the spokesman for the group, whereas Barr is regarded as the Brotherhood’s top religious authority.

A Brotherhood spokesman, Mohamed Montassir, described the latest arrests on his Facebook page as a "failed attempt .... to disrupt the revolutionaries across the nation."

The timing of these arrests, a day before the scheduled ruling for Morsi’s death sentence, has led some analysts to suggest that the Egyptian authorities are taking advantage of an emerging rift within the Muslim Brotherhood.

The split, they say, is between the Brotherhood’s old guard leadership and the recent phenomenon of youth-dominated positions, the latter who are seen as favoring for a more action-driven approach to the opposition of Sisi's governmant than the former’s long-standing nonviolent path.

Commentators say the Egyptian government is attempting to eliminate the old guard from the Brotherhood’s echelons in order to goad the younger generation into a confrontation with the authorities, thus justifying the government’s further crackdown on the movement.

Translation: The arrests of Ghozlan and al-Barr is a message from the Egyptian military to the Muslim Brotherhood "revolutionary" youth: We want you to be involved in a "revolutionary" confrontation with us

Egypt 'back to and beyond' dark days of Mubarak

In a press statement released by the Muslim Brotherhood’s political party the Freedom and Justice Party (FJP), Amr Darrag, a former minister of Morsi’s administration, called on the international community to stand up against the current Egyptian government, led by President Abdel-Fattah Sisi.

“We salute the very few western leaders who raised their voices against Sisi’s regime but overall, it is regretful that the international community continues to maintain a shocking silence over the attempted state-sanctioned murder of Egypt’s first democratically elected President,” Darrag said.

“There is an unfolding tragedy in Egypt- the word must now make a stand against a regime that is returning Egypt back and beyond the darkest days of the Mubarak era,” he added.

The FJP said that the postponement of the final ruling on Morsi’s death sentence was not surprising, since Sisi is currently abroad on diplomatic visits, where he will meet with the German Chancellor Angela Merkel and the Bundesrepublik President Joachim Gauck tomorrow in Berlin.

“It is no coincidence either that the chosen date is June 16th- the day after Sisi will return from the African Union Summit in South Africa, thereby avoiding answering the international media,” the press statement said.

Five human rights groups, including Amnesty International and Human Rights Watch, urged Merkel in a statement to pressure for an end to human rights abuses when she meets with Sisi.

“The government headed by President Sisi presides over the gravest human rights crisis in Egypt in decades,” the statement said.