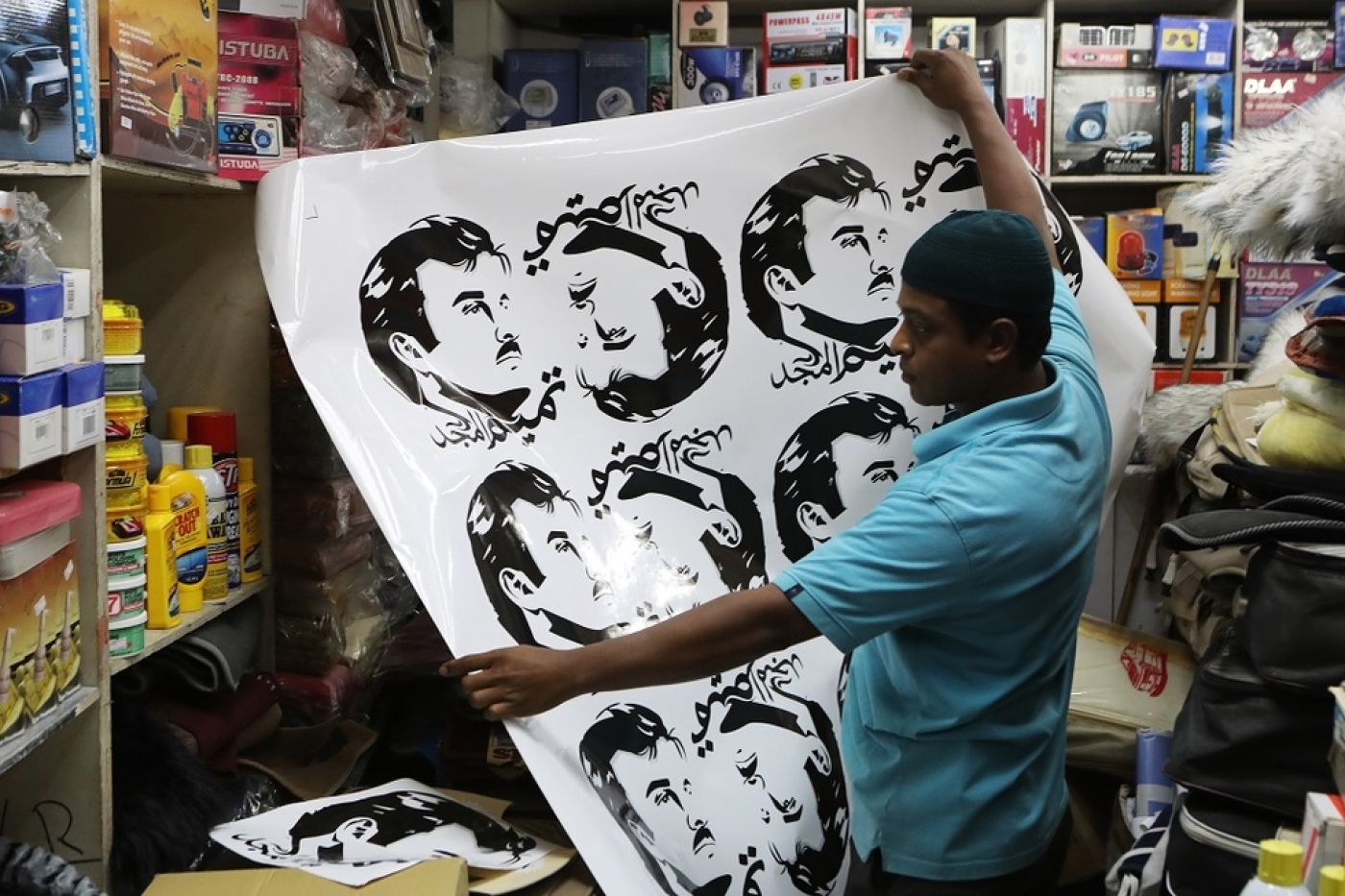 A Qatari shop creates posters of the emir, Tamim bin Hamad Al Thani, during the Gulf crisis (AFP)
By
MEE and agencies

The UAE's foreign minister on Friday accused Qatar of "leaking" a list of 13 demands it says must be met for the Emirates and its allies to end a blockade on Doha.

Anwar Gargash, the United Arab Emirates state minister for foreign affairs, said Qatar had to take seriously its list of demands or the diplomatic emergency would turn into a "divorce".

But Gargash, who has in recent days claimed Al Jazeera was a "mouthpiece" for extremists, accused Qatar of leaking the document presented by Saudi Arabia, the UAE, Bahrain and Egypt.

The demands have not been officially unveiled but Doha-based Al Jazeera news channel said overnight on Thursday they were handed to Qatar by Kuwait, which is mediating in the crisis.

According to the document posted on social media, the Saudi-led coalition demands that Qatar closes down Al Jazeera, downgrades diplomatic ties with Iran and shuts a Turkish military base in the emirate.

"The leak [of the demands by Qatar] is an attempt to abort the mediation in a childish act that we have grown accustomed to from our brother," Gargash wrote on Twitter.

"It would be wiser that [Qatar] deal seriously with the demands and concerns of the neighbours or a divorce will take place," he said.

On 5 June, Saudi Arabia and the UAE led a severing of all links with Qatar for allegedly supporting groups, including some backed by Iran, "that aim to destabilise the region".

Egypt, Bahrain and other allies followed.

As well as cutting diplomatic ties, Qatar's neighbours closed their air space to Qatari carriers and blocked the small but gas-rich emirate's only land border, vital for its food imports.

"The brother [Qatar] must realise that the solution for its crisis lies not in Tehran or Beirut or Ankara or Western capitals or in media outlets, but in regaining the trust of its neighbours," Gargash said.

"It is not possible to accept that the brother continues as the Trojan horse" in the Gulf or as a funder and "platform for an extremist agenda," he added.

Turkey has already rejected the demands. "Strengthening the Turkish base would be a positive step in terms of the Gulf's security," said Turkey's defence minister, Fikri Isik. "Re-evaluating the base agreement with Qatar is not on our agenda."

According to the demands, Qatar must sever ties with "terrorist", ideological and sectarian organisations including the Muslim Brotherhood, Hamas and the Islamic State.

The list also commands Qatar to stop funding publications including Middle East Eye. Middle East Eye denied that it was funded by Qatar or any other state or group.

David Hearst, its editor, said in a statement: "Middle East Eye is independent of any government or movement and is not funded by Qatar," he said.

"Maybe the fate of Al Jazeera will depend on talks between the government of Qatar and its neighbours. But Middle East Eye is here to stay."

Qatari officials have yet to reply to the demands. But on Monday, Foreign Minister Sheikh Mohammed bin Abdulrahman Al Thani said that Qatar would not negotiate with the four states until they lifted their blockade against Doha.

The countries give Doha 10 days to comply, failing which the list becomes "void," an official told Reuters without elaborating. 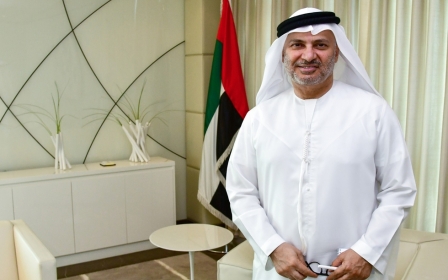 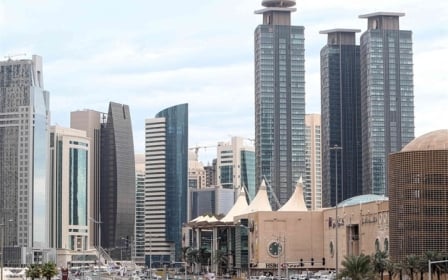 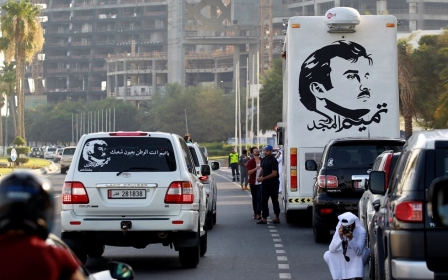