Group executes three men, a day after offering 'clemency' for others who aided assassination of Mazen Faqha in March 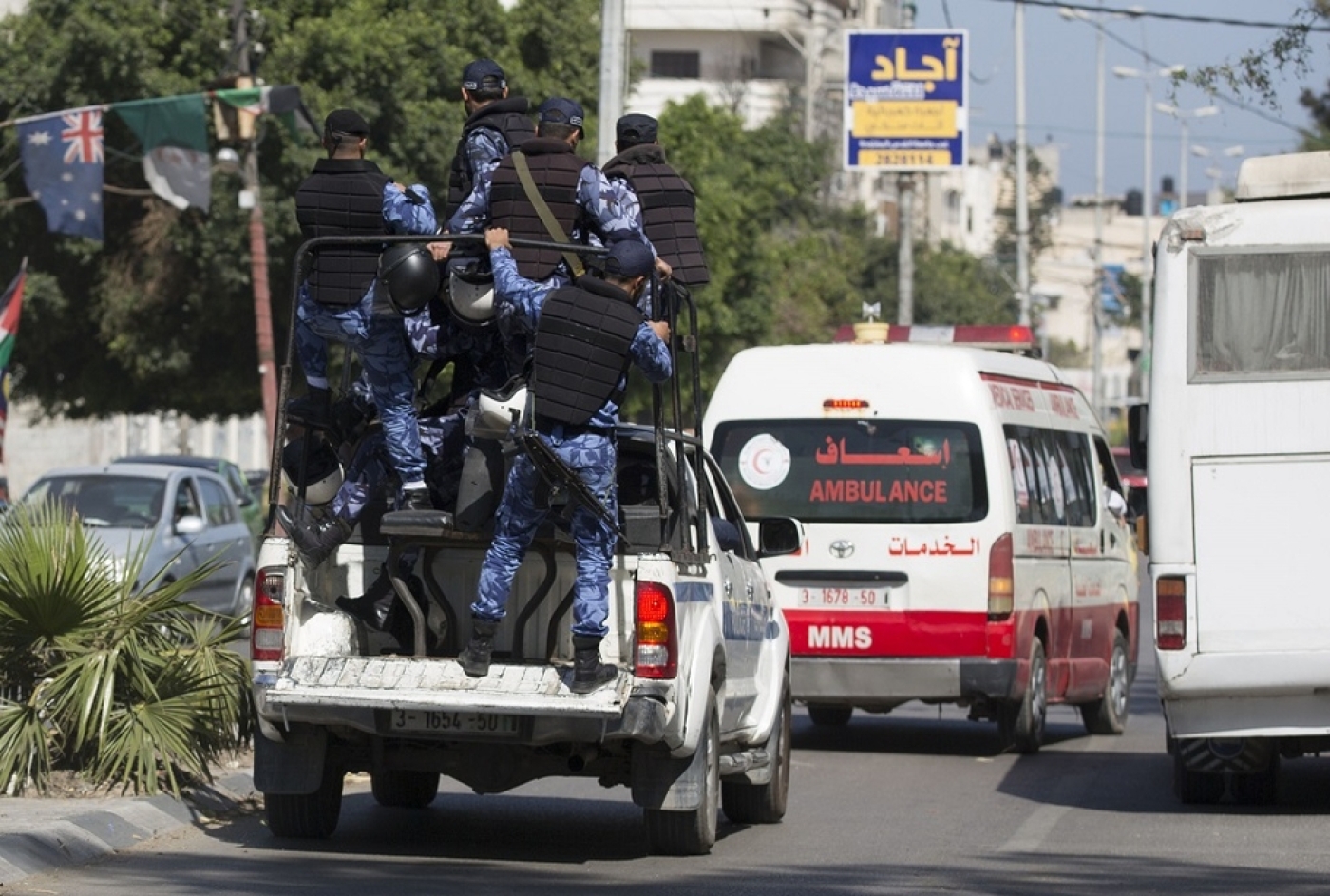 Gaza's Hamas rulers hanged three men they accused of collaborating with Israel on Thursday, fulfilling vows of revenge for the assassination of one of their commanders last month.

The men, dressed in red prison jumpsuits, were shackled hand and foot and hooded as they were put to death at an exercise ground inside a police facility, an AFP correspondent reported.

Senior Hamas officials, representatives of other Gaza-based groups and a few journalists observed the hangings.

The hangings come a day after Hamas offered a week of "clemency" for other collaborators who assisted with the death of Mazen Faqha in the Palestinian territory on 24 March.

Hamas blames the Israeli intelligence agency Mossad and its Palestinian "collaborators" in Gaza for his assassination.

The men who were hanged on Thursday were not implicated in his killing but were accused of past acts of "treason and collaborating," a Hamas interior ministry statement said.

"The military court in Gaza sentenced them to death by hanging, and the decision was upheld by each military appeals court and the high military court," it said.

Hamas authorities have sentenced more than 90 people to death since taking power in 2007 and have executed at least 49. Most of them were executed without any judicial process, say human rights groups.

During the 2014 war, Hamas authorities summarily executed at least 23 people accused of collaboration with Israel, according to Amnesty International.

Human Rights Watch condemned the executions. "The death penalty is a barbaric practice," it said in a statement.

"The abhorrent executions by Hamas authorities of three men in Gaza deemed to be collaborators project weakness, not strength.

"Hamas authorities will never achieve true security or stability through firing squads or by the gallows, but rather through respect for international norms and the rule of law."

Hamas has offered no evidence of its claims that Israel killed Faqha and Israeli Defence Minister Avigdor Lieberman has implied that he may have been killed in an internal Hamas feud but the Jewish state remains a plausible suspect.

Israel and Hamas have fought three wars in the Gaza Strip since the group wrested power from the rival Fatah movement of Palestinian President Mahmoud Abbas in bloody fighting a decade ago.

Israel has killed several Hamas leaders in the past and has accused Mazen Faqha of being behind several deadly bombing attacks against Israelis during the second Palestinian intifada, or uprising, of 2000 to 2005.

Hamas says that Faqha formed units of the Islamist group's military wing in the West Bank cities of Tubas, where he was born, and Jenin.

The Islamist group has pledged "radical measures" against Palestinians who "collaborated" with Israel.

Hamas has offered "collaborators" with Israel a chance to turn themselves in and receive clemency.

Hamas also tightly restricted movement out of the enclave following the assassination.

The measure remains in place despite calls from NGOs and human rights groups to lift it.

The restrictions have stopped male patients aged between 15 and 45 from using the territory's sole crossing for people to enter Israel to receive medical treatment, Human Rights Watch said.

Security checks and searches have increased, including roadblocks.

The territory has been under an Israeli blockade for 10 years. Occupation
Hamas warns 'collaborators' after slaying of official in Gaza