Bjorn Brenner, author of a new book on Hamas, talks to MEE about how the group has governed, and where it lies on the political spectrum 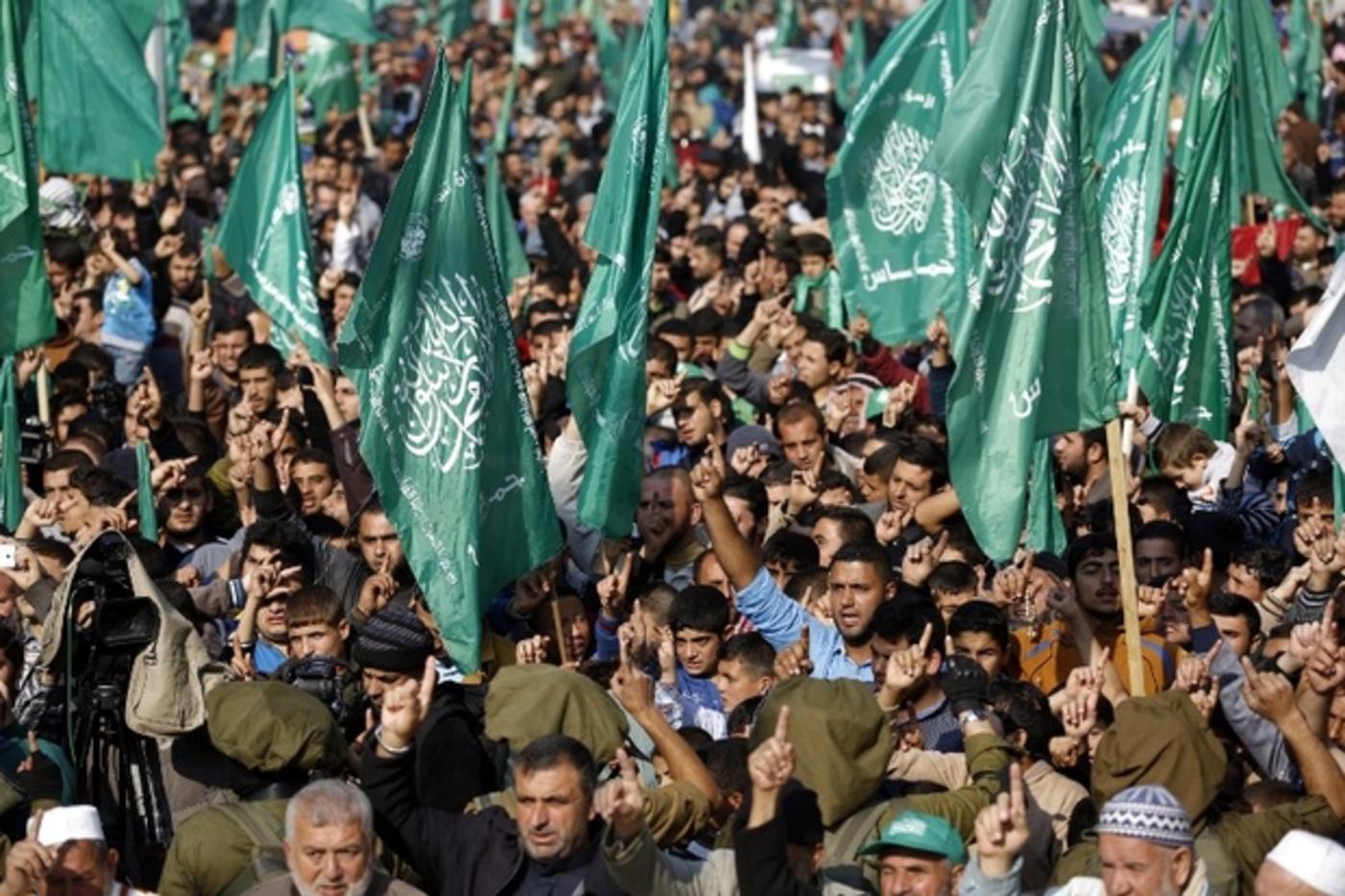 When Hamas won democratic elections in Gaza in 2006 the group was catapulted from militant outcasts to the government itself.

In Gaza Under Hamas, Dr Bjorn Brenner takes a closer look at how a group that has been seen as having an ideological commitment to violence has actually governed, and discovers an organisation that is able to govern in ways that can be variously seen as Islamist but also secular, and democratic but then authoritarian.

Brenner, a lecturer in Middle East politics at the Swedish Defence University, told MEE that his interest in the Middle East stemmed from conversations he would have as a child with a neighbour, Gunnar Jarring, who between 1967 and 1973 served as the United Nation’s first special envoy for the Israeli-Palestinian conflict.

He grew up in a peaceful village with 1,000 inhabitants in the south of Sweden, but years later he would find himself in Gaza, researching his book just as a deadly war broke out with Israel.

The book has been shortlisted for the Palestine Book Awards 2017 organised by Middle East Monitor, due to be announced in London on 24 November.

Middle East Eye: One of the features of this book is the work you did on the ground in Gaza and you were also there during the war with Israel which began at the end of 2008. Can you tell me about the fieldwork you did for this book. Was it safe? Hamas is known for being a highly-secretive organisation, how did you penetrate them?

Bjorn Brenner: When it came to Gaza I had already met with several Hamas leaders when they were based in Damascus, and in the West Bank. Though in the beginning it was interesting to interview Hamas figures, I soon realised that speaking to politicians just gave me an idealised view, so I started to interview people in the ministries, in the bureaucracy, in the court system, and ordinary Gazans themselves. This approach did not need a super exclusive access to the leadership which was difficult to achieve.

I would say that they still have their Islamic character and identity, and there are traits of Hamas’s behaviour that are democratic, but there are also authoritarian traits

My safety was not safer than anyone else. Coming from a peaceful fishing village and not having experience of war meant that it was overwhelmingly dramatic to see what the war meant not only in terms of physical damage but in terms of what happens to the children and people who don’t understand what was going on.

My strongest impression was how the children in the family I stayed with reacted. They were not old enough to understand what was going on and couldn't understand why there were things exploding outside their house. It’s difficult to understand until you see it with your own eyes.

MEE: Hamas and Fatah have signed a reconciliation agreement to end their hostility. This comes after a decade of conflict between the two groups in Gaza. What has changed over the last 10 years that Hamas has been in power for this rapprochement to now take place?

BB: When you take the rapprochement with Fatah, you see Hamas agreeing to a lot of things they wouldn’t agree to in the past. Part of the rapprochement is for Hamas to work closely with Egypt, despite a breakdown in relations since President Mohamed Morsi was ousted and Abdel Fattah al-Sisi took over. Even though Hamas has been accused of many things by Egypt, but is still now prepared to work closely with Egypt.

We saw this summer a close relationship with Hamas and Mohammed Dahlan, even though he was the head of security for Fatah in Gaza. Now they’re prepared to work with him because it's the best choice they have. Hamas is a political actor that is much more concerned with manoeuvring politically than safeguarding its Islamist ideals.

Up until the time I wrote my book, Hamas was considered a flexible movement that was open to adapting to the situation to pursue its goals, but it was still thought that it had red lines in terms of its ideology, and would be restricted by its Islamist ideas.

What I’m saying in my book is that Hamas is much more flexible than what has thus far been argued. These red lines are very weak and blurred and might not exist at all.

MEE: How then would you describe Hamas’s governance style?

BB: When Hamas came to power and especially when they took over Gaza, many experts were saying that Hamas was an Islamist group and they would change Gaza into Sharia-ruled territory.

In fact, Hamas is much more flexible and democratic and pragmatic than has been said before. But it doesn’t mean that it necessarily holds democratic ideals as something important. It also should not be regarded as an Islamist group per se, but should be regarded as an actor that is capable of almost anything and not restricted by its ideology.

For instance, Hamas tried to keep the secular judicial system they inherited in place, though in some cases they did try to change existing judges for Hamas-friendly ones. They did not try to change the whole system - they tried to keep it in place. I would say that was an example of their democratic behaviour.

Their killing of some Fatah members in the Gaza Strip and denial of freedom of speech to some Fatah-affiliated journalists was a sign of a more authoritarian tendency.

Their attempts at “deradicalisation” ultimately failed

I would say that they still have their Islamic character and identity, and there are traits of Hamas’s behaviour that are democratic, but there are also authoritarian traits.

MEE: What is the relationship like between Hamas and other armed groups in the Gaza Strip? Should we be holding Hamas responsible for rocket fire into Israel?

BB: They’re not very responsible at all. Whether, as the rulers of Gaza, they should take responsibility for what goes on in their territory is a different matter. The relationship between Hamas and the Salafi-jihadist groups is a very interesting one. Before 2006 it was seen as being completely friendly, and after 2006 they were completely hostile, with Hamas often resorting to brute force in their dealings with them.

They would not accept any disobedience on the part of these groups when it came to firing rockets into Israel which could set off a new spiral of violence.

Having said that, Hamas soon found they were dealing with more Salafi-jihadists than they had imagined, with some ranking Hamas members also sympathisers, and so they decided to deal with them differently. Those with blood on their hands would still be dealt with harshly, but militants serving time in prison would be put through a “deradicalisation” programme, and others visited at home and persuaded about the true understanding of Islam.

Their attempts at “deradicalisation” ultimately failed which is clear from looking at the deterioration in the relationship between Hamas and the militants. Prisoners saw it as a PR exercise and were not prepared to cooperate as long as Hamas kept them locked up. Nevertheless, Hamas’s attempt at “deradicalisation” is an interesting example of how it shows flexibility in its own backyard.

MEE: Given that for the last decade Hamas had been participating in the democratic process and has been trying to contain other armed groups in Gaza, can it still be said to be an armed resistance group?

BB: Hamas can still be called an armed resistance group because it still retains its armed wing and is quite clear that it will not abandon armed resistance. But is Hamas actually carrying out armed resistance activities? To a much lesser extent than 10 years ago, so there is a discrepancy between being an armed group and actually what they’re doing.

Remember, Hamas is carrying out armed resistance activities in the West Bank, though to what extent it is ordered by the senior membership or whether it's just local is unclear. There is also digging of tunnels under the border to Israel, but then there hasn’t been any kidnapping of Israelis in a long time. It would not be correct to say they have ended their armed resistance activities.

MEE: You write in the book that other books on Islamist movements have turned into 'threat assessments'. What do you mean by this? And how can it be avoided?

BB: Books about groups like Hamas, like Hezbollah, tend to emphasise their Islamist character. The behaviour of Islamists differs from group to group, you have an enormous spectrum of groups, and in the end, you realise that clustering groups in this way doesn’t tell us much about who they are. This way is an enemy approach where you choose not to understand their perspective.

For me when I did my study I started at a different starting point - I started with their behaviour.

We’re all affected by the political discourse in our societies, and in western Europe and the United States there is a certain political discourse, especially now these days, when people are scared of terrorism and people connect it to Islamism automatically. This affects us all. When you look at who the scholars who are writing, it’s mainly people from North America and Europe. This sets the tone in academia but the perspective of scholars from the Middle East is lacking and much needed. 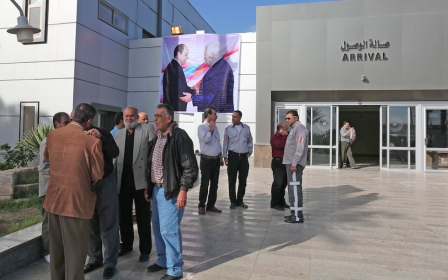 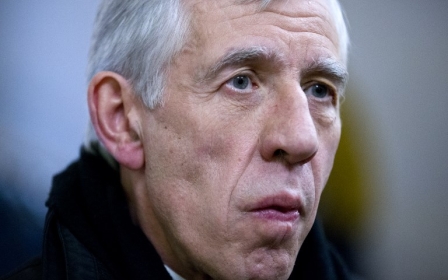 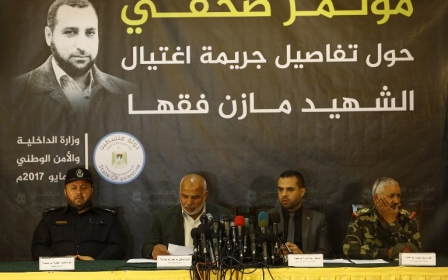